Fact Check: No, CM Ashok Gehlot did NOT visit mosque after banning crackers in Rajasthan; Here’s the truth

On account of increase in air pollution and spike in COVID-19 cases, Rajasthan government clamped a complete ban on bursting and selling of crackers during Diwali this year.
In the aftermath of this decision, a video of Rajasthan CM Ashok Gehlot has gone viral on social media claiming that he went to the mosque and offered prayers after banning firecrackers in Rajasthan.
The Facebook caption read: पटाखे बैन करके प्रदूषण न फैलने की मस्जिद में दुआ मांगी मुख्यमंत्री श्री अशोक गहलोत ने
(Translation: Rajasthan CM Ashok Gehlot prayed at the mosque after banning firecrackers)

NewsMobile fact-checked the above post and found it to be old and misleading.
We got our first clue when we saw the video carefully and noticed that there was no social distancing and no one was wearing a mask. 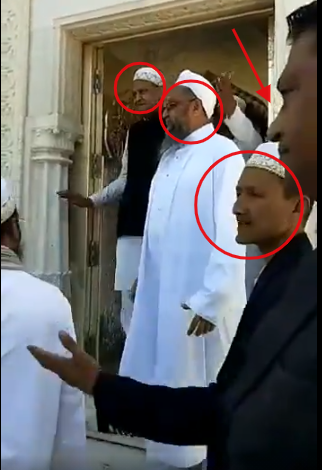 With the help of keywords, we found the same video on YouTube by SocialFun Tube dated January 29, 2019, claiming that Rajasthan CM Ashok Gehlot visited the mosque in 2019. 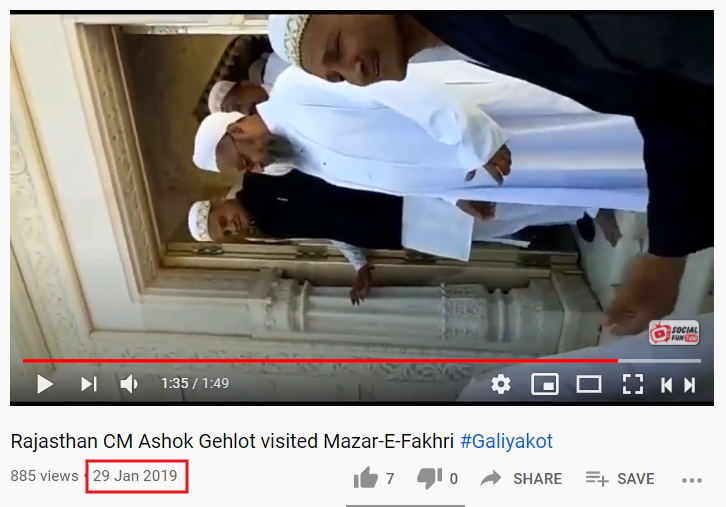 Moreover, we also found a post on Facebook by Rajendra Singh Yadav of INC, dated January 28, 2019, claiming that he visited the Galiyakot Dargah of Dungarpur with Honourable Chief Minister Shri Ashok Gehlot.

Hence, the above fact check proves that an old video of Rajasthan CM Ashok Gehlot’s visit to the mosque is being shared as a recent one with false claims.

Fact Check: Have Delhi markets been put under lockdown for 20 days? Here's the truth