Fact Check: Was 'Hathras Bhabhi' protesting alongside farmers in the ongoing protest? Here's the truth

A picture of a woman is being shared on social media with a claim that the woman is the ‘Dalit Bhabhi’ of Hathras (also known as Naxalite Bhabhi), who is now participating in the ongoing farmers’ protest.
“Guess who is she? Dalit Bhabhi of Hathras who is now degrading Farmers, ” the post claimed.

Here’s the link to the above post.
More such posts can be seen here, here and here.

NewsMobile fact-checked the post and found the claim to be false.
Who is Hathras Bhabhi or Naxalite Bhabhi?
NewsMobile had earlier debunked a similar post, where it was claimed that Priyanka Gandhi Vadra had hugged ‘Naxalite Bhabhi’ when she visited Hathras in Uttar Pradesh.
The truth is, that the woman being referred to as ‘Naxalite Bhabhi’ is actually Doctor Rajkumari Bansal from Jabalpur who went to Hathras to express solidarity with the family of a 19-year-old Dalit woman who was allegedly gang-raped and Rajkumari Bansal also stayed there for two days. People misinterpreted her as ‘Naxalite’ and claimed that she was posing as the sister-in-law of the Hathras victim.
Coming back to the fact check, in the viral picture, we noticed that people were holding yellow and green flags. So we ran a keyword search using ‘green-yellow flag farmer India’. The search led us to a blogpost from 2018, featuring a picture where people were holding similar flags.
“A gathering of a local farmers organization in Punjab, India called Bhartiya Kisan Union or BKU,” the picture was captioned. 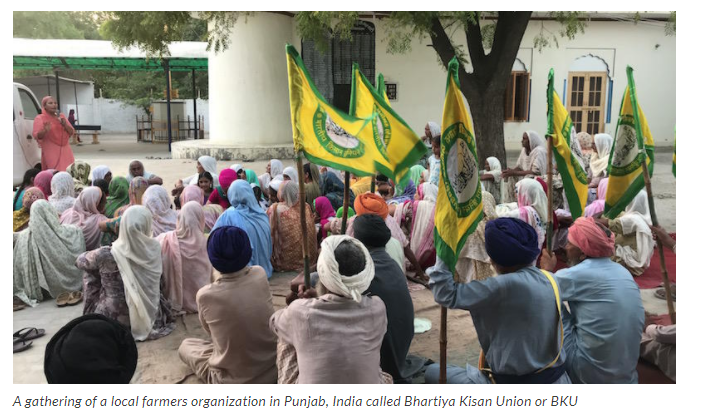 Taking a cue from this, we searched for Bhartiya Kisan Union, which led us to their Facebook Page.
After an extensive search, we found the same picture was uploaded on their Facebook page on February 10, 2020.

This establishes that the picture in circulation is OLD.
We also noticed names of various brands in the background and ran multiple keyword searches to identify the location.
We found a picture on So Delhi which had boards of brands such as Raymond and Peter England stores. According to the article, the picture is from Shaheen Bagh, New Delhi. 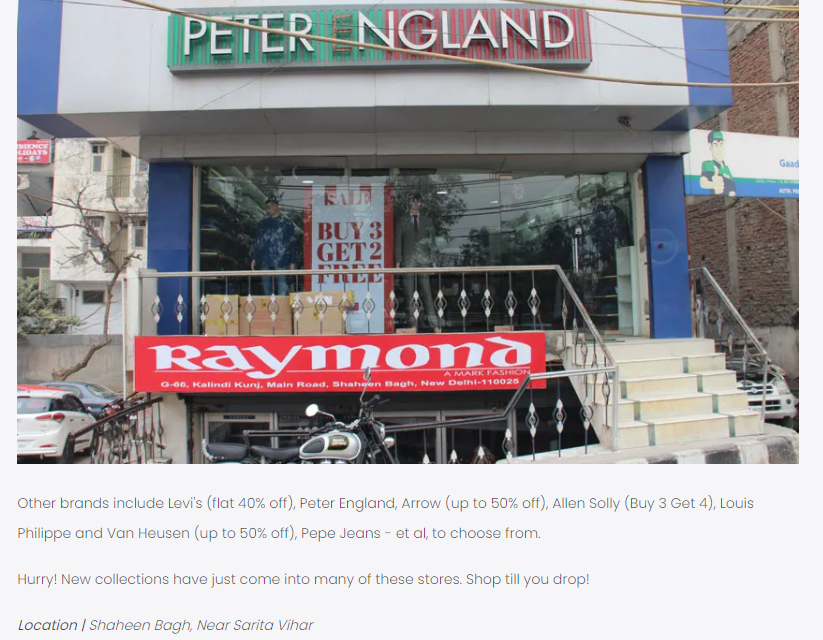 We then ran a search on Google Earth and found that the location used in the viral picture is of Shaheen Bagh.

This proves that the picture in circulation in old and from Shaheen Bagh when people were holding a demonstration against CAA and NRC and is not linked to the ongoing farmers protest. Hence, the post in circulation is false and misleading.