Fact Check: 2018 picture of farmers' agitation shared as recent one; Here's the truth

A scuffle ensued between farmers and police as thousands of farmers marched towards Delhi demanding the rollback of three farm laws enacted by the Parliament in September 2020.
Police barricaded the border and used water cannons and tear gas shells to disperse the crowd of protesting farmers.
Soon, pictures claiming to be from the recent protest started making rounds on social media. 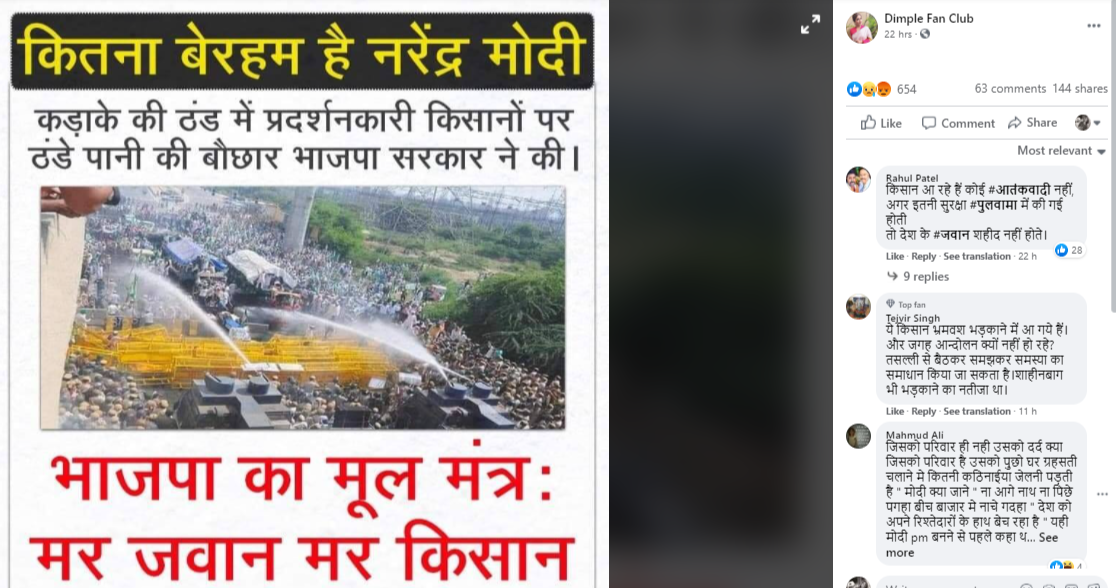 Here’s the link to the above post.
The same images were also shared by Olympian and Indian boxer Vijender Singh (archive). 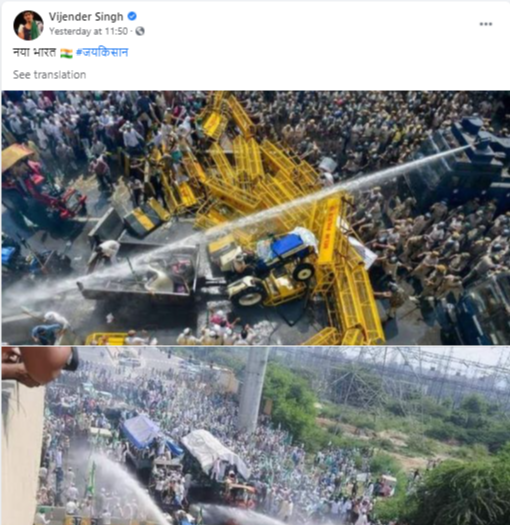 More such posts can be seen here, here and here.

NewsMobile fact-checked the post and found that the pictures in circulation are OLD.
A simple Reverse Image Search led us to an article by The Hindu date 2018 featuring the same picture. 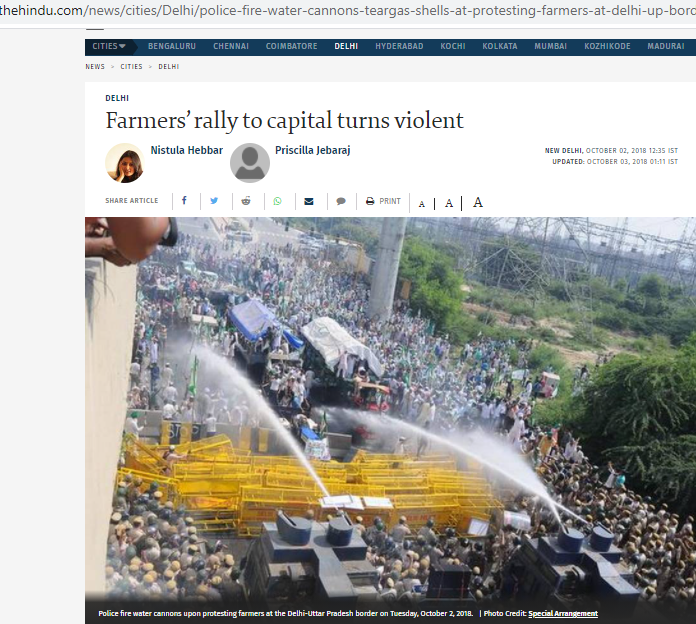 The article stated that the ‘police fired water cannon and tear-gas shells to disperse thousands of farmers, affiliated to the Bhartiya Kisan Union (Tikait group), who tried to break through barricades to enter the national capital on the Delhi-U.P. border at Ghazipur.’
We then searched for the second image that was being circulated as a recent one and found that the even that picture is from farmers’ agitation from the year 2018.
“Police use water cannons to disperse farmers protesting at Delhi-UP border during ‘Kisan Kranti Padyatra’ in New Delhi. PTI Photo, ” an article by Deccan Herald captioned the picture. 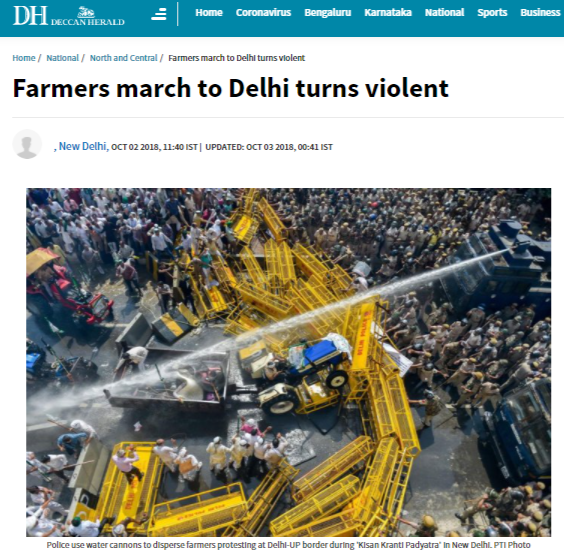 The picture was also featured in an article by The Quint and the First Post in 2018.
This proves that the above pictures are from OLD protests and not recent.
However, we did find the latest pictures and media reports stating that police used water cannons on farmers. 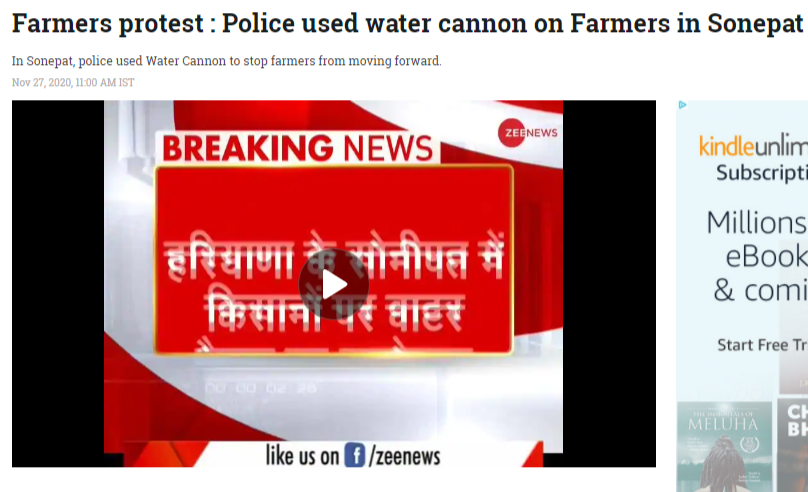 TOI also published a similar report.
We also found reports from November 27, stating that after the chaos at the border, Delhi police has allowed the protesting farmers to enter the national capital.

This proves that the post is misleading as the pictures being used are OLD.

Fact Check: This video of tornado is NOT of Cyclone Nivar from Chennai; Here's the truth