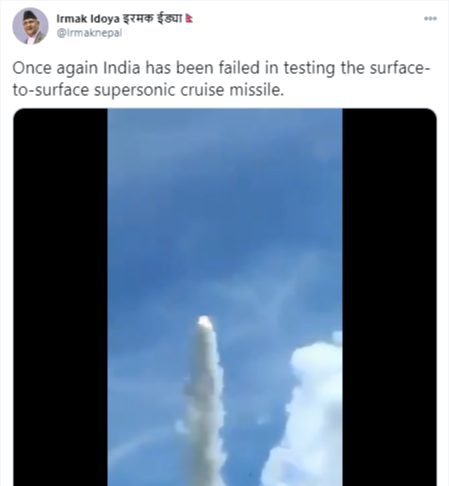 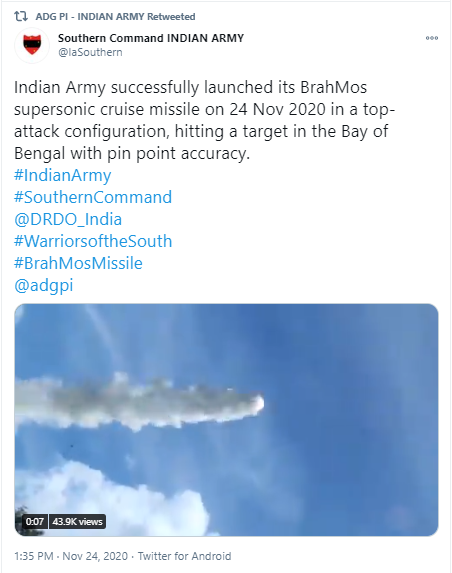 As per the tweet, the BrahMos supersonic cruise missile was successfully launched by the Indian army on November 24, 2020.
“Indian Army successfully launched its BrahMos supersonic cruise missile on 24 Nov 2020 in a top-attack configuration, hitting a target in the Bay of Bengal with pinpoint accuracy.
#IndianArmy #SouthernCommand @DRDO_India #WarriorsoftheSouth #BrahMosMissile @adgpi, ” the tweet read.
We then ran a keyword search and found multiple media reports on the same.
According to the report, Army launched BrahMos, at Car Nicobar Islands, hitting a target in the Bay Bengal.
Quoting a press statement from the Army, Indian Express wrote, “On November 24, approximately 1003 hours IST, the Indian Army successfully test fired a BrahMos Land Attack Cruise Missile using a Mobile Autonomous Launcher (MAL) from Car Nicobar Islands, against a designated target located at a range of approximately 200 kilometers in the Bay of Bengal. During this successful test launch, the missile demonstrated the weapon’s unmatched lethal ability and formidable precision strike capability.” 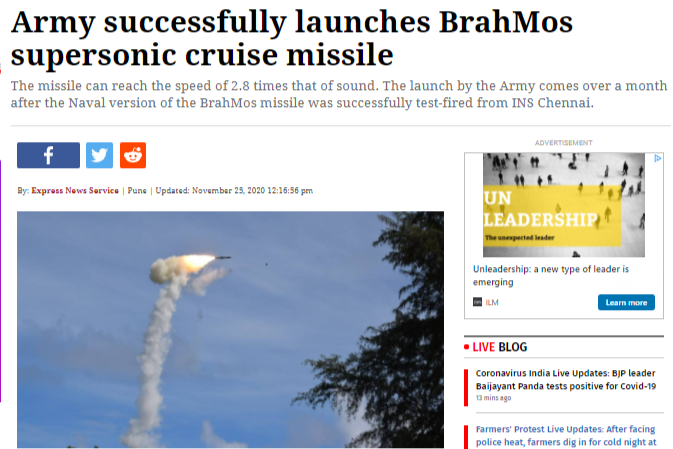 Moreover, we also found a tweet by PIB stating that the viral claim of the failed testing is false.

Hence, this proves that the viral post is misleading and false.

Fact Check: 2018 picture of farmers' agitation shared as recent one; Here's the truth