A video a failed missile launch is being shared on social media. In the video, a man in uniform can be seen trying to fire a rocket. However, after being fired, the rocket changes direction and explodes near the man.
Social media users are claiming that the video is from China.
“चीनी हमसे जंग लड़ने चले है जबकि चीनी माल की तरह की उनके हथियार भी है, ” the posts claim.
(Translation: Chinese want war with us while their weapons are like Chinese goods only) 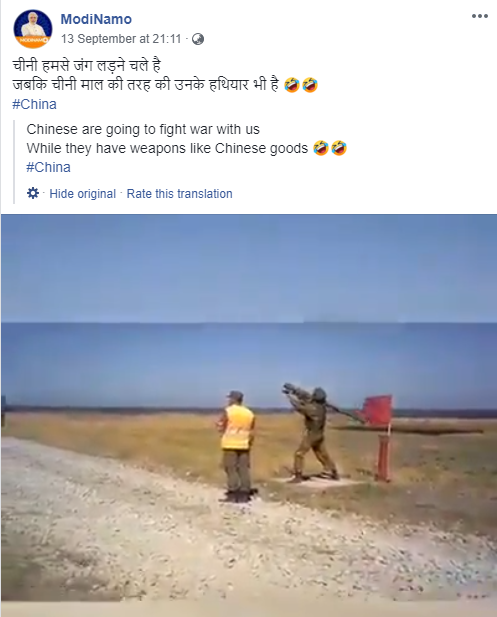 NewsMobile fact-checked the video and found the claim to be false.
We took out the keyframes of the video, using InVid tool. After extracting the keyframes, we put them through Reverse Image Search and found some articles that stated that the video is from Russia.
“Russian-made rocket exploded on the soldier’s shoulder, ” read the title of an article from September 6, 2020, published on the website of Habertürk, a Turkish newspaper.
The article featured the same video that is in circulation. 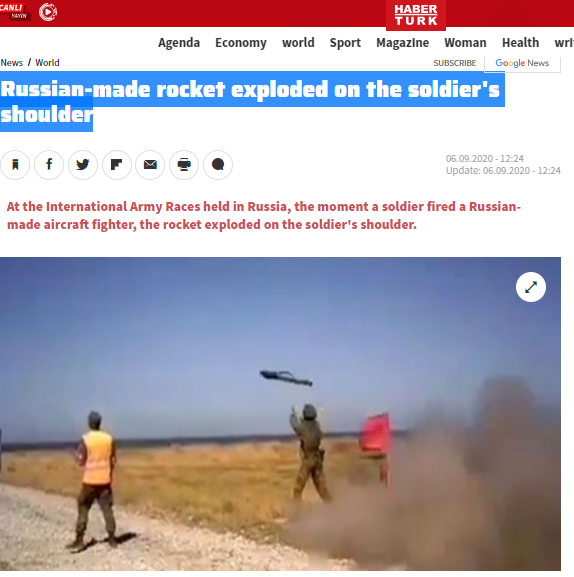 According to the article, the video was taken during the International Army Games 2020. It is an annual Russian military sports event organized by the Ministry of Defense of Russia and was first held in 2015.
The report mentioned that the incident took place during an event called ‘Air Defense Units’ when a soldier was showcasing the portable air defence system called ‘Igla’.
Based on the above information, we ran a search and found that the event took place from August 23 to September 5. The list of events and their details were also mentioned on the official website of the Ministry of Defence of the Russian Federation. 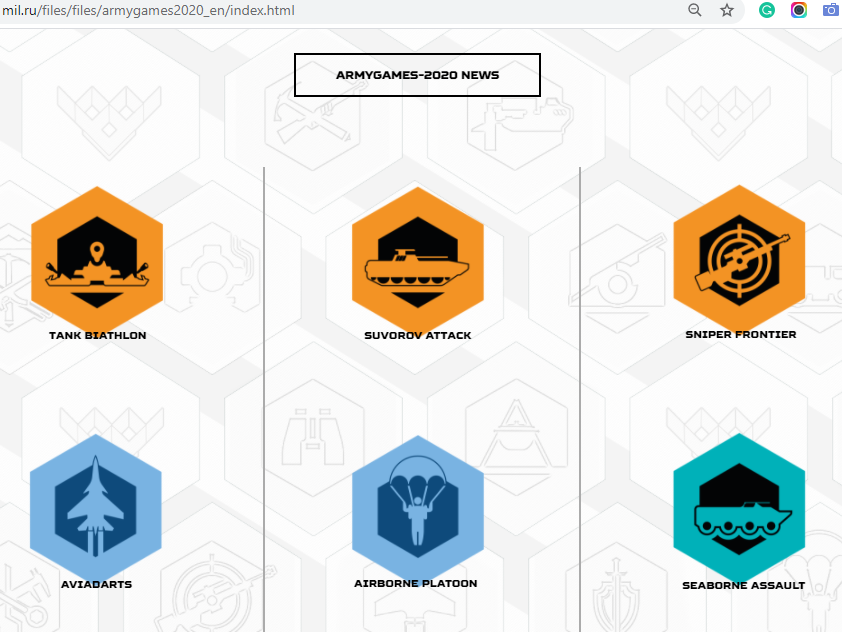 We also looked up for the weapon that was mentioned in the report, Igla and found that 9K38 Igla is a Russian man-portable infrared homing surface-to-air missile.
We compared a picture of Igla-S missile launch tube to the one in the video and found that they are same.

Hence, based on the above information, we can conclude that the video is from Russia and not China.