Fact Check: Viral post about India losing a Rafale jet in a crash is fake

The screenshot of a tweet attributed to Indian Air Force is being shared on social media. The tweet claims that one of the Rafale jets, that came to India from France in July 2020, crashed during an exercise near the Ambala Air Force Station.
“Very shocked news! During exercise, Rafale has crashed near Ambala Air Force Station due to technical fault and a pilot martyred,” the tweet read. 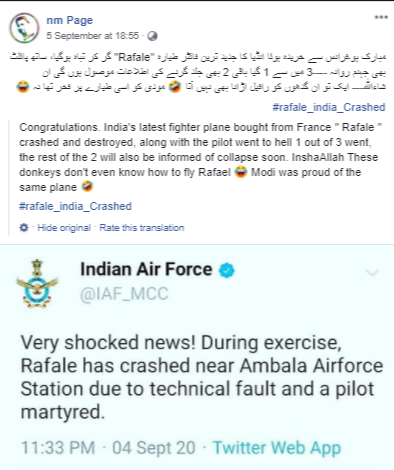 NewsMobile fact-checked the post and found the claim to be false.
The first thing we noticed were the grammatical errors and the language of the tweet, which raised a red flag. 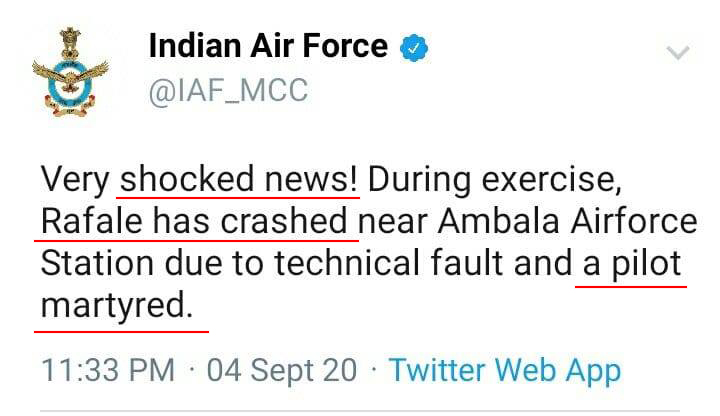 We then noticed that the alignment of the tweet is also different from the screenshot we took. 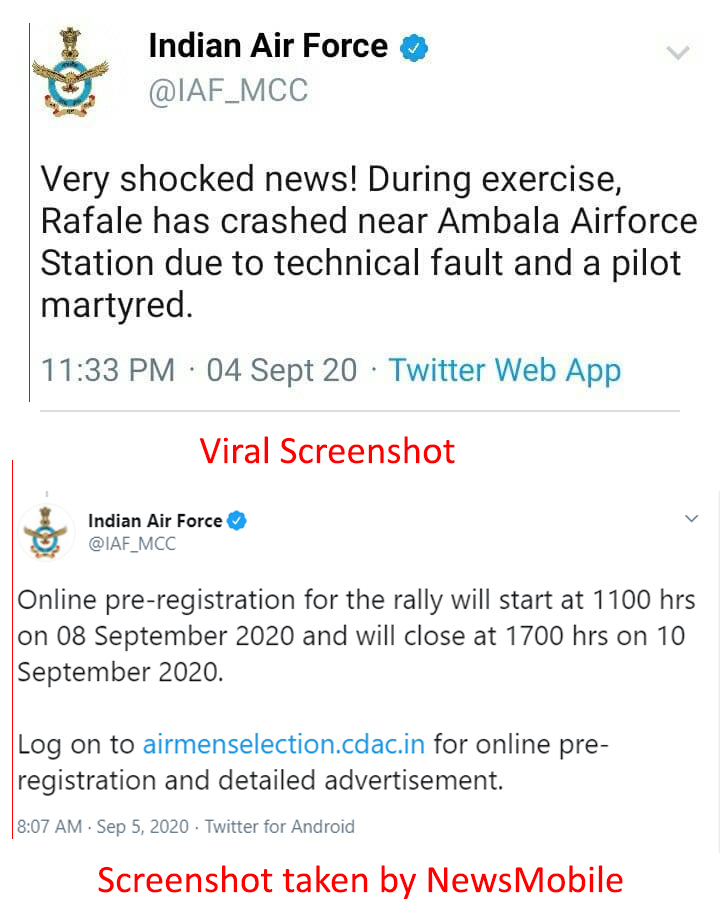 Moreover, we also scanned through the official Twitter account of the Indian Air Force and the Ministry of Defence and did not find any such tweets.
We also found that the last tweet by IAF was on September 4, 2020, at 7:51 PM. Whereas the viral screenshot reads 11:33 PM. 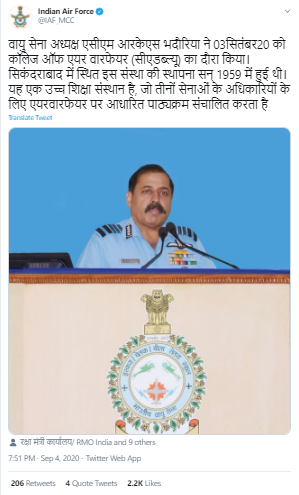 Also, the Rafale jet crash would have made headlines given the importance of the news but we did not find a single credible media report on this.
Hence, from the above fact check it is clear that the viral claim is fake.

Fact Check: Was this strange 'alien' creature spotted in Rajasthan? Here's the truth