Fact Check: UPSC has NOT changed the age limit for General category candidates

A picture of a news clipping is being shared on social media with a claim that the upper age limit for General category candidates for UPSC has been brought down to 26 years as compared to the earlier rule of 32 years.
“अब उम्र 26 के बाद नहीं बन पाएंगे।AS-IPS आफिसर ” the headline of the article read. 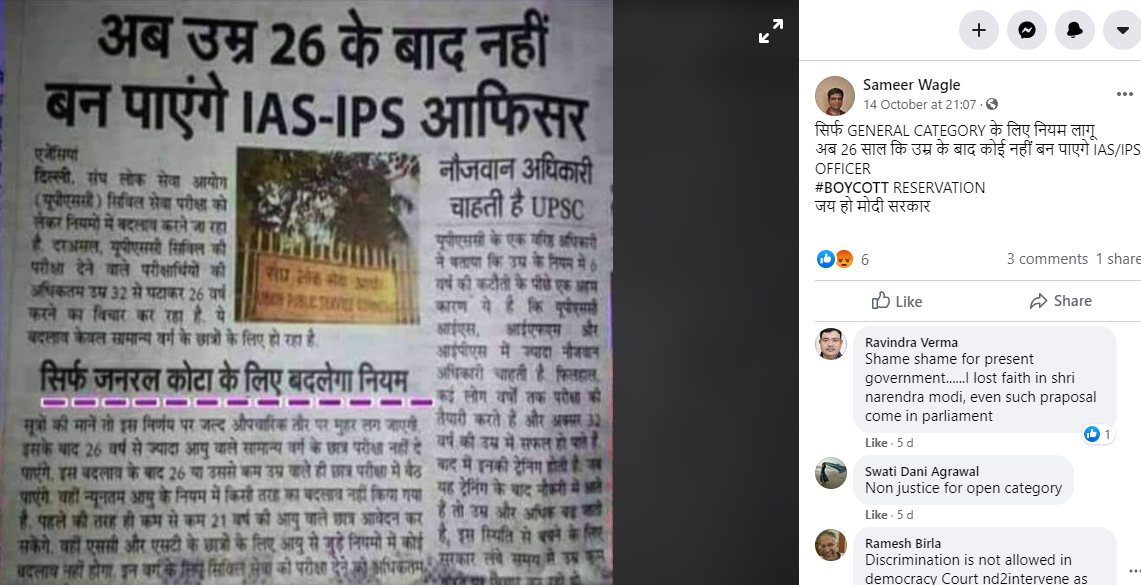 NewsMobile fact-checked the post and found the claim to be false.
While we were scanning Facebook for similar posts, we found that the same clipping was shared in 2016 also, which proves that the newspaper clipping is old.

We also found similar reports by Aaj Tak and Patrika dated 2016.
Moreover, after reading the entire article, we gathered that it was just a proposal and not a new rule.
We then checked the official website of UPSC for candidate eligibility and guidelines and found that the upper age limit is still 32 years as per the Notification issued in 2020.
“A candidate must have attained the age of 21 years and must not have attained the age of
32 years on the 1st of August, 2020 i.e., he must have been born not earlier than 2nd August, 1988 and not later than 1st August, 1999. Necessary action to make corresponding changes in respective Rules/Regulations pertaining to various services is being taken separately, ” the statement read. 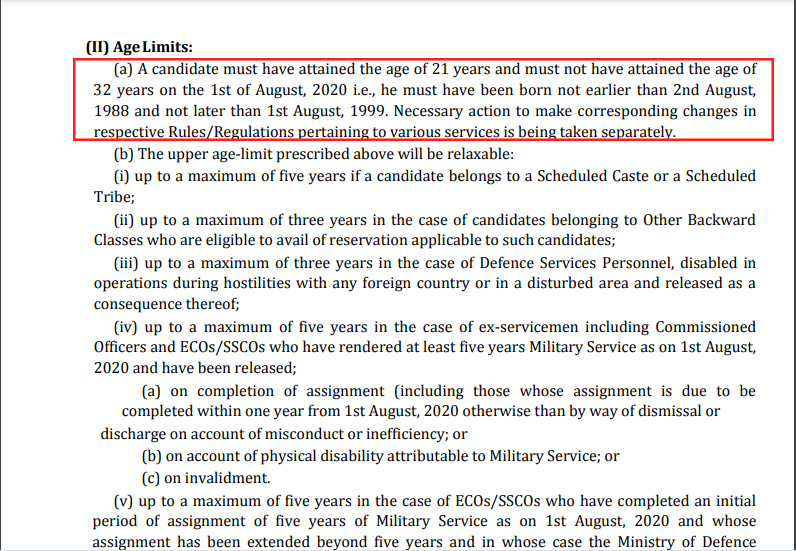 Moreover, the Press Information Bureau (PIB) also clarified that the posts in question are false and no such rules have been incorporated.

Hence, from the above fact-check, it is clear that the posts in question are misleading.

Fact Check: Did a husband pose for a photoshoot after pregnant wife refused? Here's the truth