An emotional video of a man crying as his rickshaw is being taken away by authorities is circulating on social media. The post claims that the video is from India.
“The Law of this country is only for poor people..! 😭 #government #indiangovernment #NarendraModi #ArvindKejriwal ” the post read. 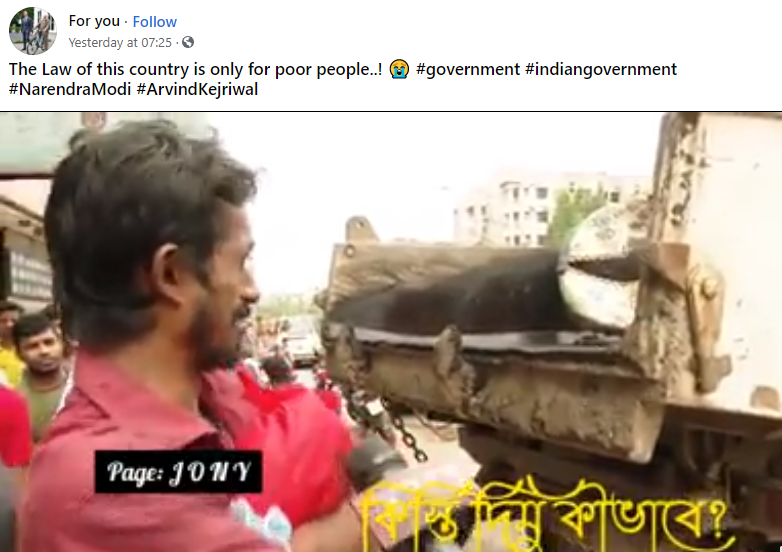 Here’s the link to the above post. The caption in yellow in Bangla reads ‘How will I pay my EMIs?’.
Some of the posts also tagged West Bengal CM Mamata Banerjee and her party Trinamool Congress. 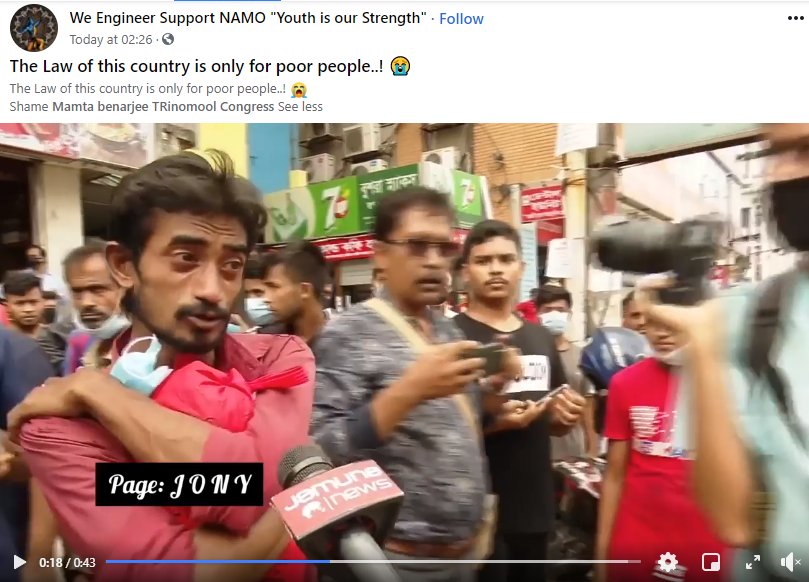 NewsMobile fact-checked the post and found the claim to be false and misleading.
Firstly, after analysing the video carefully, we noticed the mic of three television channels in the video – Jamuna TV, Maasranga and Ekushey Television (ETV). 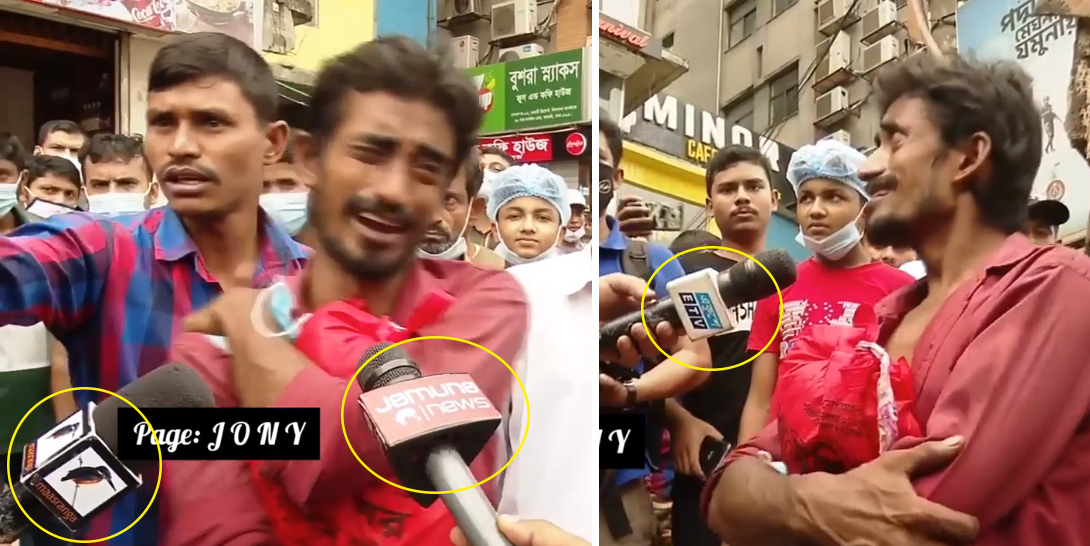 We searched and found that all the three channels are Bangladesh-based.

We also found the video report by Jamuna TV.

We then ran a keyword search and found a report by Times Now about the same rickshaw puller. The article states that the video is from Bangladesh’s capital Dhaka and the man in the video, goes by the name, Fazlur Rahman. 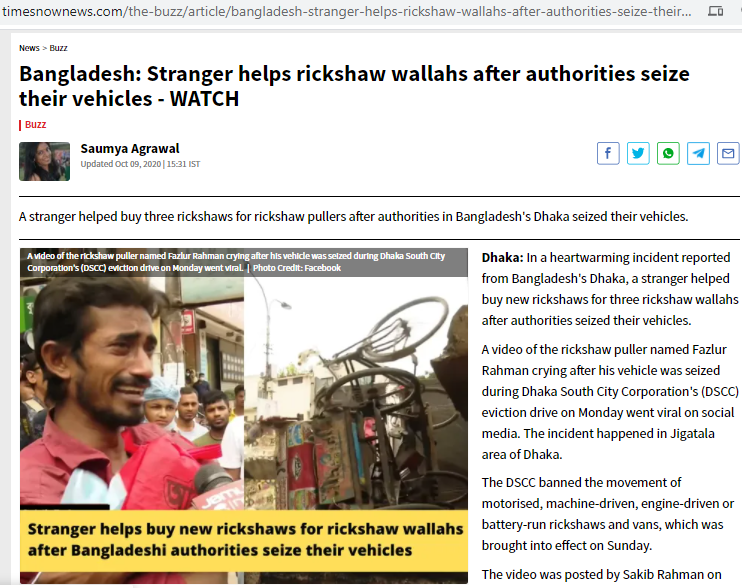 According to the article, the video was recorded on October 5, when his rickshaw was seized during Dhaka South City Corporation’s (DSCC) eviction drive.
The same incident was reported by News 18 also.
Moreover, we also found another video report by Bdnews24 where Dhaka South City can be seen written on the JCB. 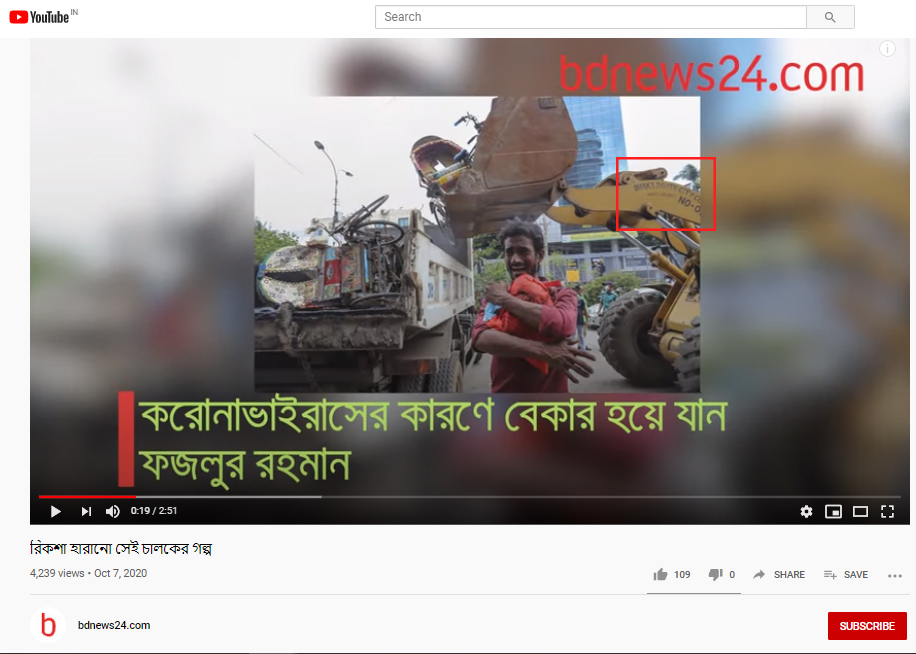 Hence, based on the above information, it is clear that the video is from Bangladesh and NOT India.

Fact Check: RSS activists have NOT stabbed IAS officer, raped a girl in a car; here's the truth