Fact Check: RSS activists have NOT stabbed IAS officer, raped a girl in a car; here's the truth

A horrifying CCTV footage of a man being stabbed by a group of people has gone viral all over social media claiming that RSS activists stabbed a Dalit IAS officer to death in Nagpur. Social media users also claimed that the 16-year-old daughter of the IAS officer was gang-raped in the car.
The Facebook post read, “* Digital India.*
നാഗപ്പൂരിൽ RSS പ്രവർത്തകർ ദളിത് IAS ഓഫീസറെ പരസമായി വെട്ടിയും കുത്തിയും കൊലപ്പെടുത്തുന്നു. അദേഹത്തിന്റെ 16 വയസ്സുകാരി മകളെ കാറിൽ കൂട്ടാബലാത്സംഗം ചെയ്യുന്ന ഭീകര കാഴ്ചകൾ”
(Translation: In Nagpur, RSS activists hacked and stabbed a Dalit IAS officer to death. Horror scenes of his 16-year-old daughter being gang-raped in a car) 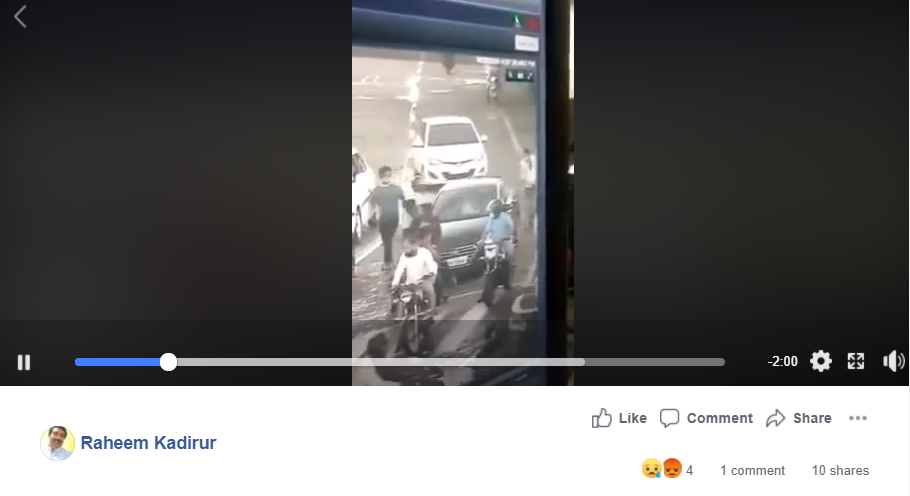 More such posts can be seen here and here.

NewsMobile fact-checked the above post and found it to be false and misleading.
With the help of InVID tool, we got the keyframes of the video. On putting the keyframes of the video through Google Reverse Image Search, we found the screenshot of the video in a news article on The Free Press Journal, dated September 27, 2020, claiming that a man was murdered by a group of people in broad daylight. But the article did not mention that he was an IAS officer. 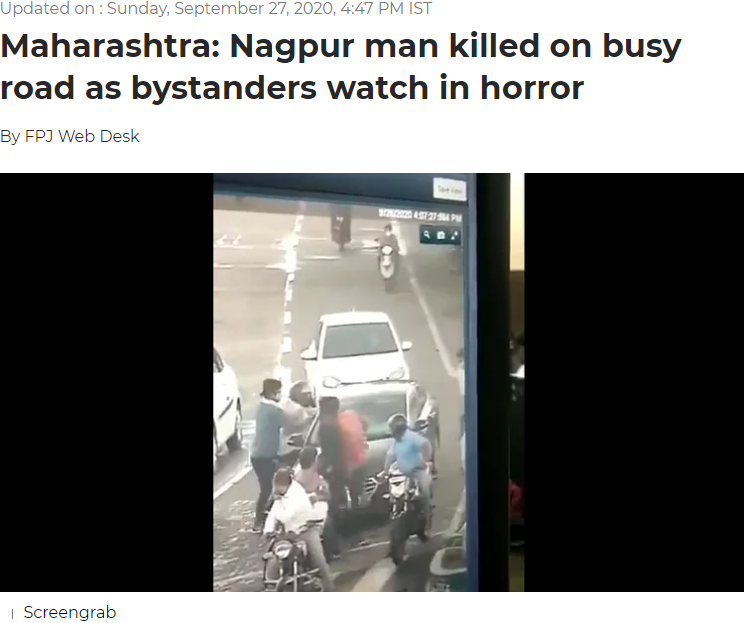 We also found the CCTV footage on Marathi Zee TV dated September 28, 2020, claiming that a man named Balya Binekar was killed in Nagpur, in broad daylight. However, the article does not mention any incident of rape. 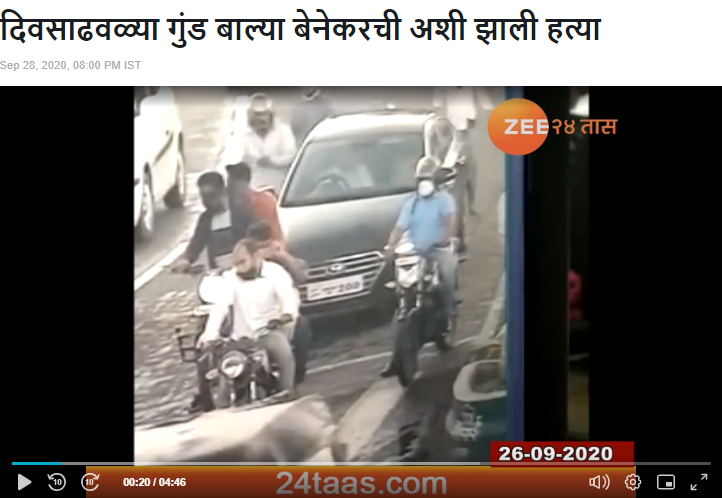 Further, we also found the same CCTV footage on YouTube, uploaded by Lallantop on September 27, 2020.
The YouTube description read, “Kishor Binekar alias Balya, a suspected gambling den kingpin, was allegedly stabbed to death by five unidentified persons at a petrol pump signal. Police said Binekar, also having several offences against him, was followed by the assailants on bikes. His car was blocked by one of the assailants. Binekar was dragged out and stabbed outside the car in full public view. Here is the video!”

With the help of keyword search, we found an article on TOI dated September 26, 2020, claiming that Kishor Binekar alias Balya, a suspected gambling den kingpin was allegedly stabbed to death by five assailants. 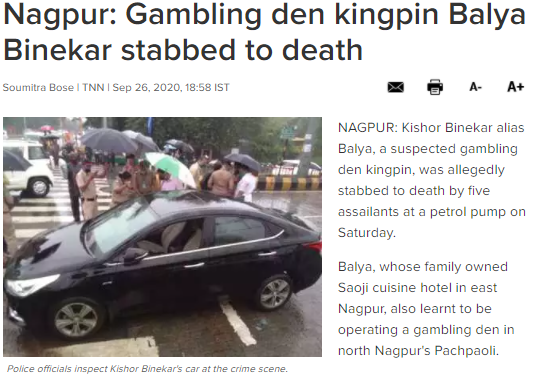 Further, we found another article on Indian Express dated September 26, 2020, claiming that the victim was identified as Balya Belekar, who had a lengthy criminal record. Also, Belekar used to run a gambling den and was killed to avenge the death of a man he had murdered in 2001.
Moreover, another news article on Bharat Ki News dated September 27, 2020, states that the accused were arrested. 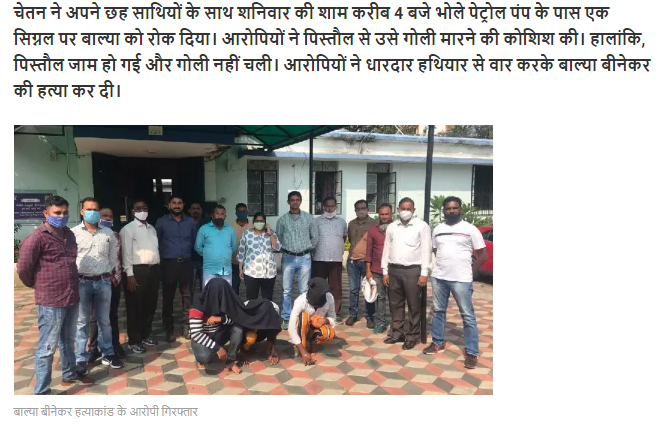 Hence, truth is that the man in the CCTV footage is Kishor Binekar, a gambling den kingpin and not an IAS officer. Also, this incident is of murder and not a rape case. Don’t fall for false and misleading claims on social media.