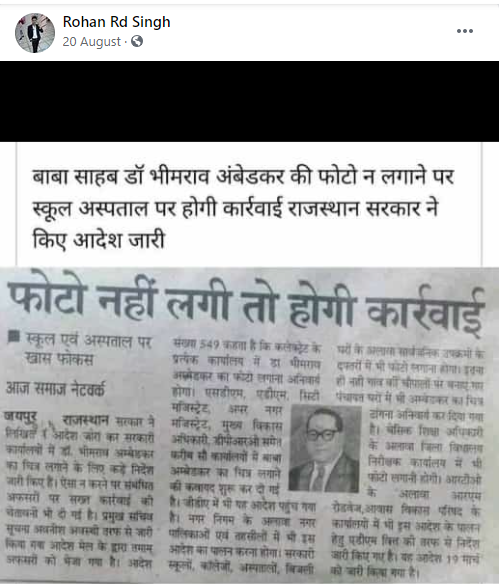 NewsMobile fact-checked the post and found the claim to be false.
We ran a keyword search but did not find any media report to support the claim.
However, we found a report by TOI dated December 30, 2017, stating that the Uttar Pradesh Government has issued a directive to install portraits of B R Ambedkar at all offices, including legislative assembly, legislative council, secretariat and all department offices. 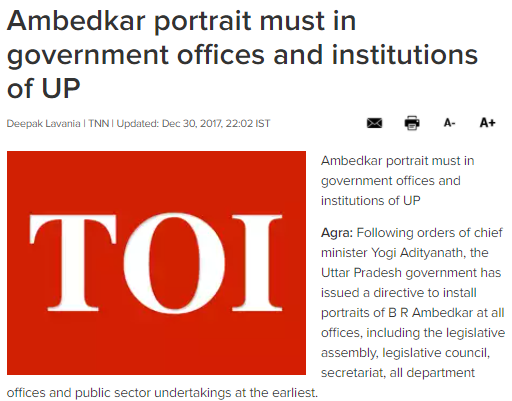 Another report by Hindustan Times dated March 29, 2018 stated that the UP Government has made Ambedkar’s portrait mandatory in all its offices from April 1, 2018. 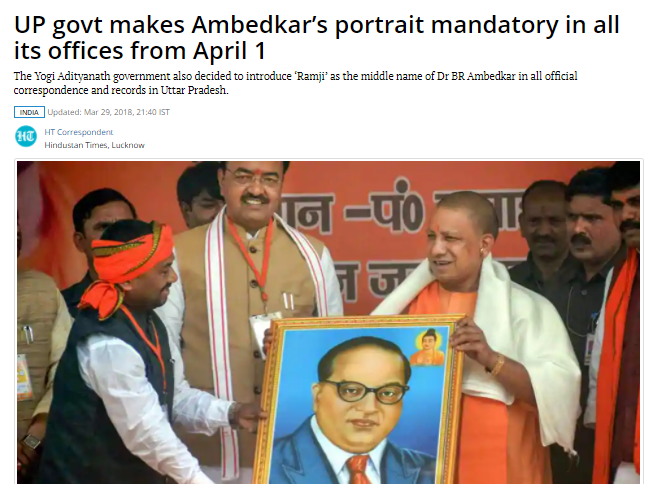 Moreover, when we ran a Reverse Image Search on the news clipping, we found a Facebook post from 2018 featuring the same news. However, in that clipping, the dateline  was mentioned as Ghaziabad, Uttar Pradesh and NOT Rajasthan. The report talked of the UP Government directive in this regard.

When we compared the two clippings, it became clear that that the picture in circulation was edited and the location tag in the clipping was edited using editing software.

Hence, from the above fact-check, it is clear that the viral claim is false and the post is misleading. The Rajasthan government has not issued such a directive.