Fact Check: This video of a cop taking bribe from a woman is OLD

Amidst the ongoing migrant crisis, a video is bring circulated on social media where a cop can be seen taking bribe from a woman near a railway track. 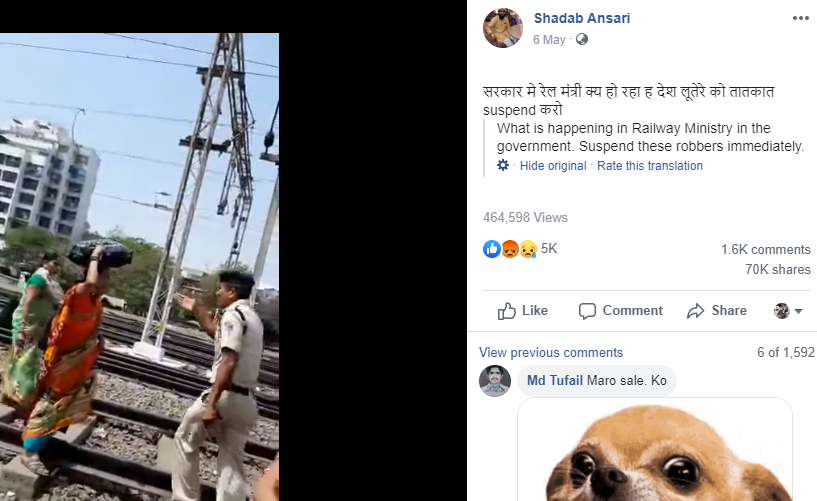 At the time of filing the report, the above post had around 70,000 shares.

NewsMobile fact-checked the above video and found that the video is old.
On putting the keyframes of the video through Reverse Image Search, we came across a report by Desh Gujarat, dated July 13, 2019, featuring the same video. 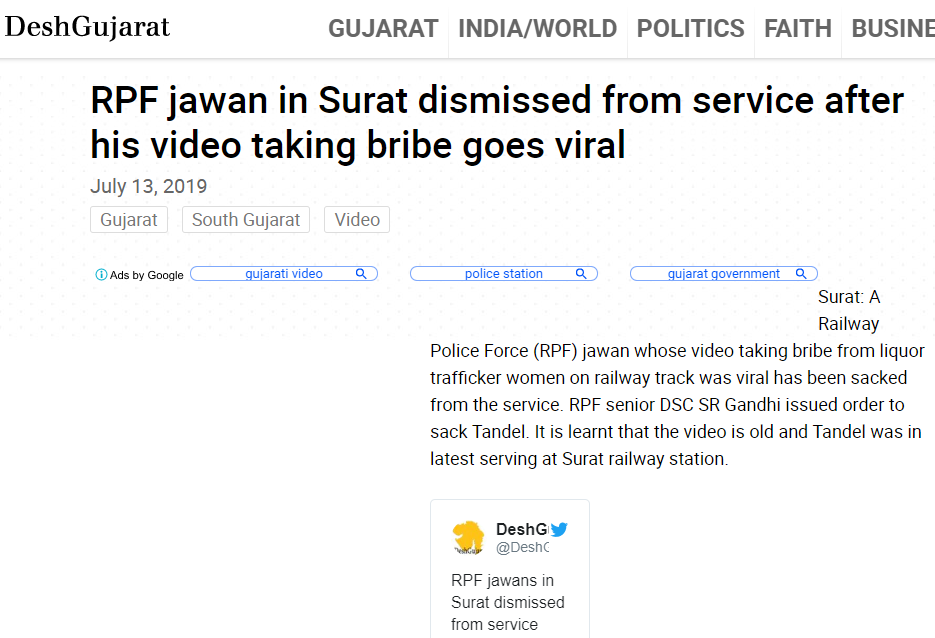 According to the report, the video was taken in Surat, when a constable of Railway Police Force (RPF) was taking bribe from a woman smuggling liquor.
The above information proves that the video is old and has no relation to the recent migrant crisis.

Arvind Trivedi, who played Ravana in Ramayan TV series is NOT dead; here’s the fact check