Fact Check: This picture of PM Modi holding a placard is morphed

A picture of Prime Minister Narendra Modi has surfaced on the internet in which he can be seen holding a placard.
The text on the placard in Hindi reads: “क्या मैं ज़हर खाकर आत्महत्या कर लू?”
(Translation: “Should I commit suicide by consuming poison?”) 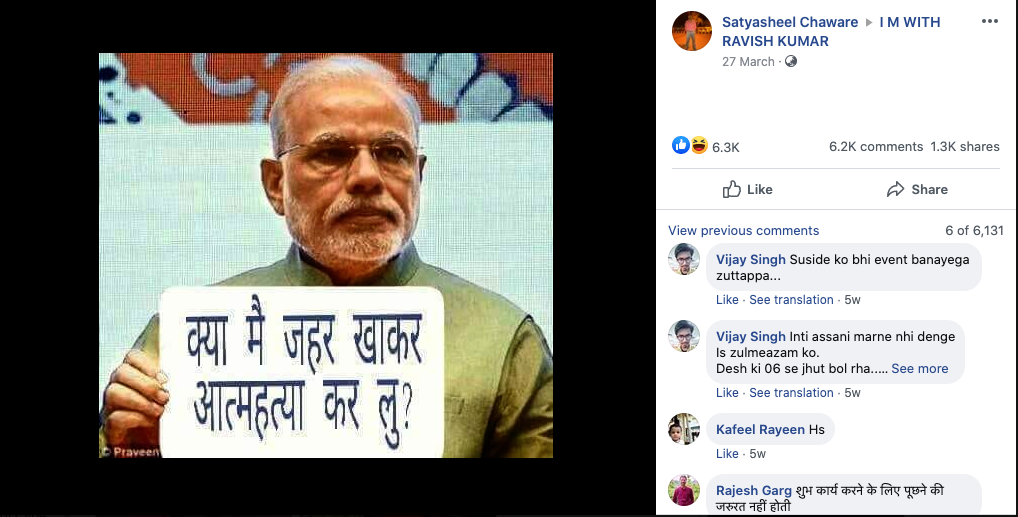 At the time of filing this report, the above post was shared over 1,300 times.

NewsMobile fact checked the above picture and found it to be FAKE.
On putting the picture through Reverse Image Search, we found a similar picture of PM Modi on the official website of Getty Images taken from a different angle, in which he was holding the brochure of ‘Make in India’ scheme.
When we compared both these pictures, we came to the conclusion that both pictures were taken at the same event. 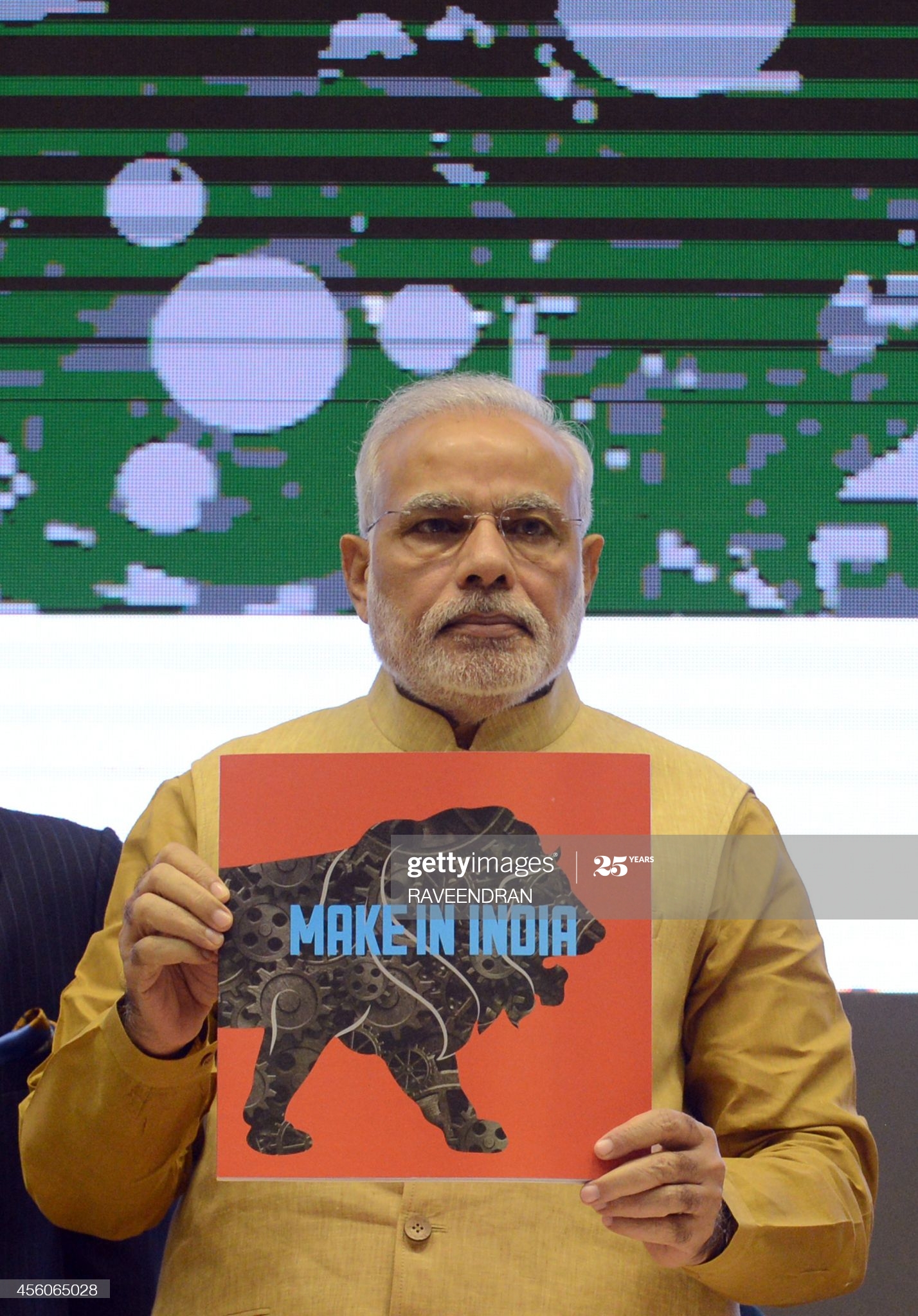 As per the caption, the picture was taken on September 25, 2014, during the launch of the ‘Make In India’ project. 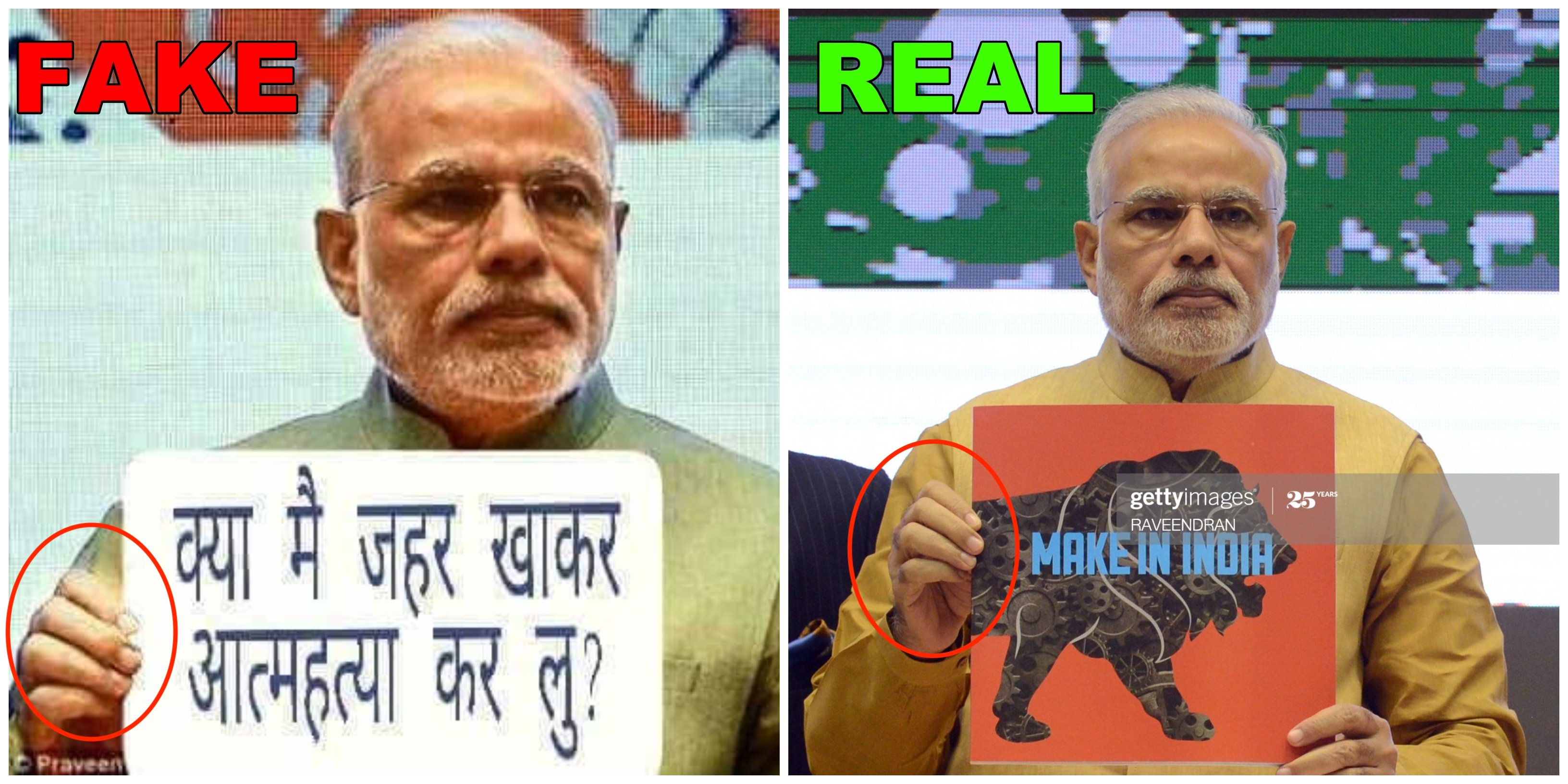 In the above FAKE vs REAL collage, it is clear that the brochure in PM Modi’s hand was replaced by a placard with the text using photo editing software.
Hence, the above information proves that the picture in question is FAKE.