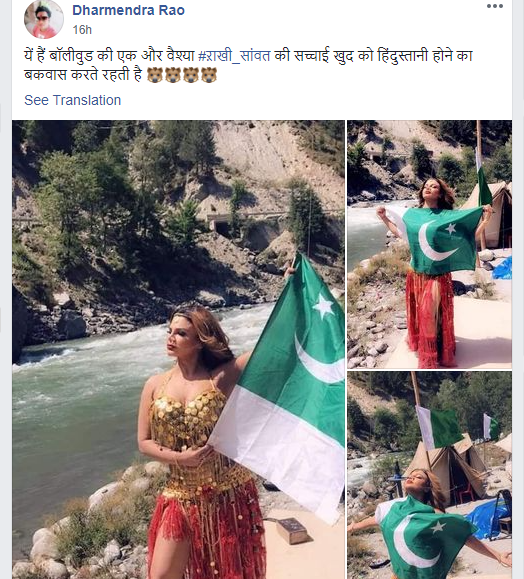 NewsMobile fact-checked the above post and found it to be old and misleading.
On running the picture through Google Reverse Image Search, we found the same picture in a news article by India Today dated May 9, 2019, claiming that this picture pertains to the film ‘Dhara 370‘ she plays the role of a Pakistani girl. 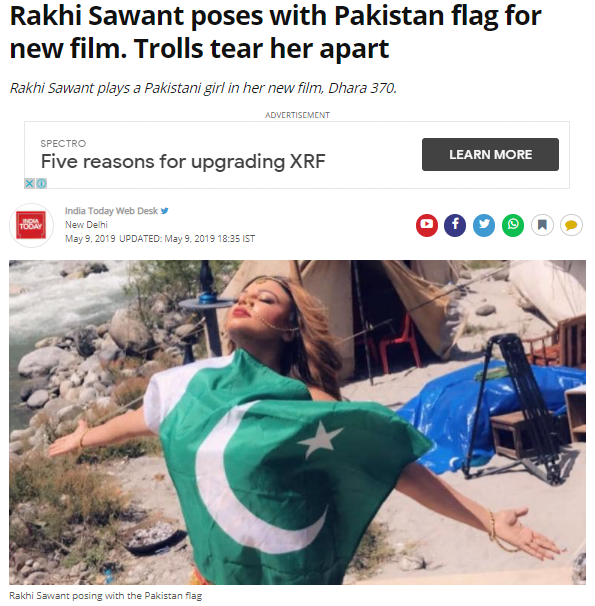 Further, other news agencies like Opindia and Newsbyte had also posted similar pictures of Rakhi Sawant draped in the Pak Flag in 2019, with claims that the still is from a movie shoot.
We also found that the same picture was uploaded by Rakhi Sawant on Instagram claiming that this is her role in the movie.

Also, a full visual report of Rakhi Sawant was seen on YouTube dated May 9, 2020, claiming that she was trolled over draping the Pakistani Flag.

Hence, the picture of Rakhi Sawant draped in Pakistani flag is of 2019 and not a recent one. Don’t fall for misleading content.

Fact Check: WHO has not approved home remedy for COVID-19, don't fall for misinformation

Fact Check: Don't fall for this old picture, it has nothing to do with recent farmers' agitation