NewsMobile fact-checked the above post and found it to be old and misleading.
On putting the picture through Google Reverse Image Search, we found the same picture in a news article on DNA dated June 24, 2018. The picture description stated that Trilochan Mahato’s body was found hanging from a tree. 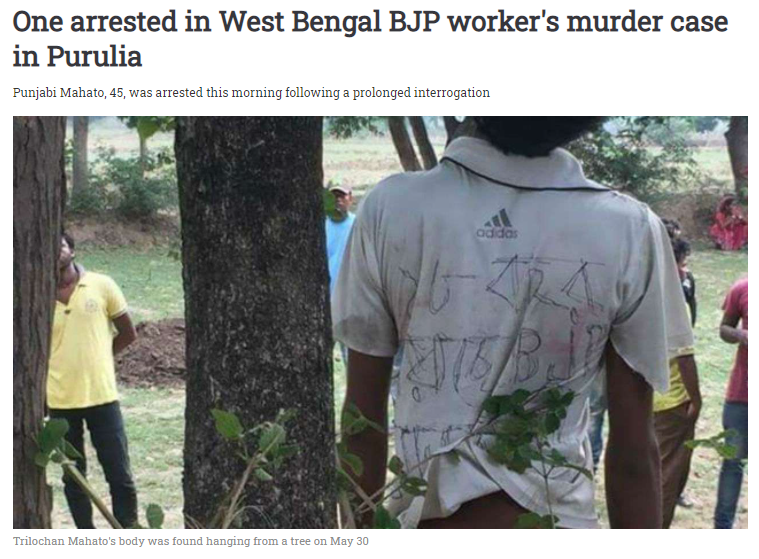 Further, we also found this picture in another news article by India Today dated June 1, 2018, claiming that BJP workers are protesting in front of Banga Bhavan in New Delhi over the death of a an 18-year-old party worker whose body was found hanging from a tree in a village in Purulia district. Also, BJP blamed TMC workers for his death. 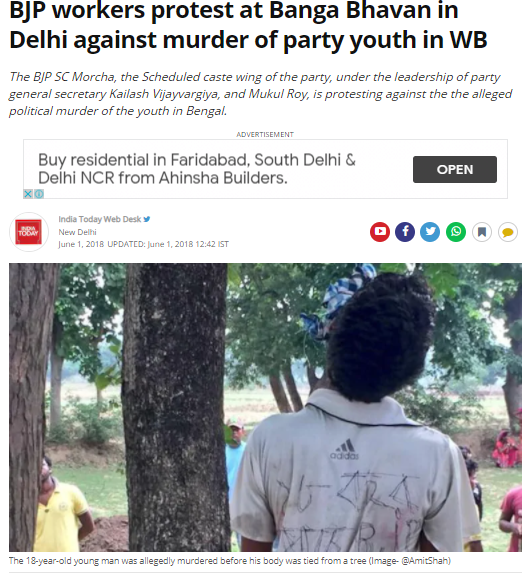 Other news organizations like Inshorts, ABP Live Gujarati, Punjab Kesari and News Byte App reported that this incident took place in 2018.
On digging further, we also found a post on Twitter by Home Minister Amit Shah dated May 30, 2018, expressing condolence for Trilochan Mahato

Deeply hurt by the brutal killing of our young karyakarta, Trilochan Mahato in Balarampur,West Bengal. A young life full of possibilities was brutally taken out under state’s patronage. He was hanged on a tree just because his ideology differed from that of state sponsored goons. pic.twitter.com/nHAEK09n7R

Hence, with the help of the above information, it is clear that 18-year-Trilochan Mahato was killed in 2018 and the incident is not recent as is being claimed.

Fact Check: No, this accident video is NOT from Durgam Cheruvu Bridge in Hyderabad