Fact Check: No, an Assam Cong leader has not been detained with arms and ammunition; Here's the truth 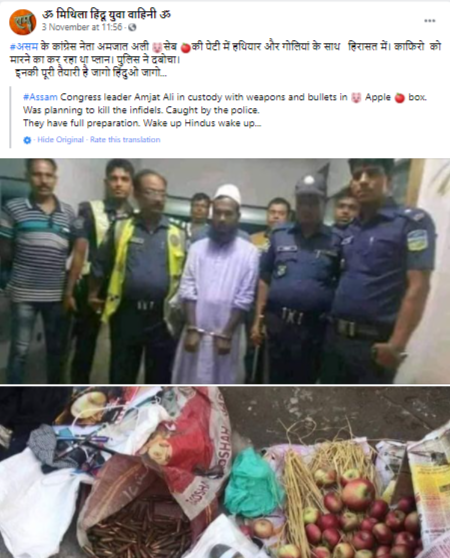 NewsMobile fact-checked the post and found the claim to be false.
We put both the images through Reverse Image search and found that none of the images in circulation are from Assam.
Here’s what we found:
IMAGE 1
A simple Reverse Image Search on the picture led us to a blogpost from 2018. According to the blog post, the picture is from Mymensingh district in Bangladesh and the man in the picture is a teacher who was arrested for sexually harassing his student. 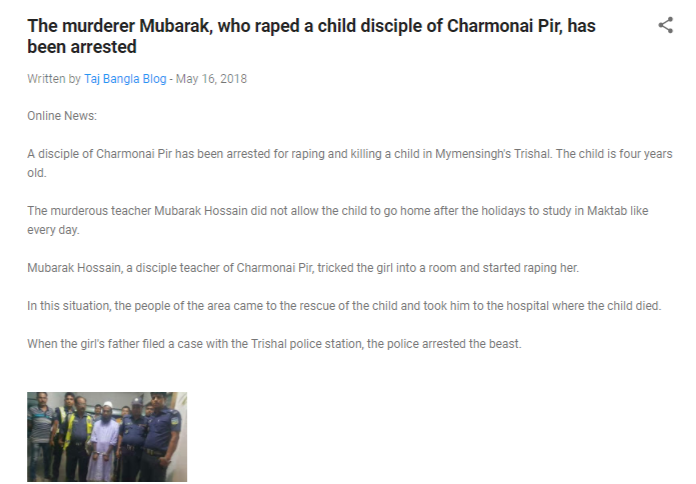 Another blogpost can be seen here.
Since the article mentioned that the incident is from Mymensingh district, we checked and compared their police uniform to the police uniform in the viral picture and found that they have the same insignia.

This proves that the above image is a 2018 picture from Bangladesh.
IMAGE 2
We put the second image through Reverse Image Search and found an article by Free Press Kashmir dated 2018 featuring the same image. “3 militants arrested after shootout in Srinagar outskirts, arms and ammunition recovered,” the headline read. 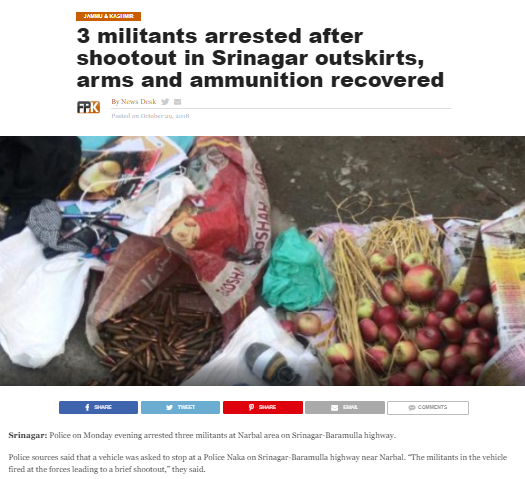 A keyword search on the same led us to a tweet by J&K Police from 2018. The tweet read, “A brief exchange of fire on the outskirts of Srinagar city. Three suspected militants arrested among them one is injured. Arms and ammunition recovered. Investigations started.” 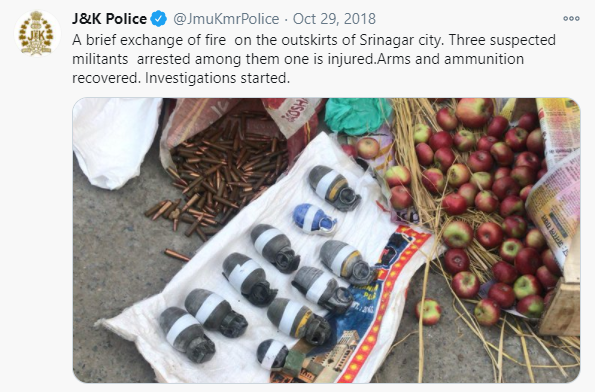 We also ran a keyword search but did not find any news report to support the viral claim.
The above information proves that the post in question is false as both the pictures in circulation are old.

Fact Check: The news of legendary cricketer Kapil Dev passing away is fake, don't believe it