A picture of Prime Minister Narendra Modi has surfaced on the internet in which he can be seen holding a T-shirt with Bollywood actor Shah Rukh Khan’s picture on it. 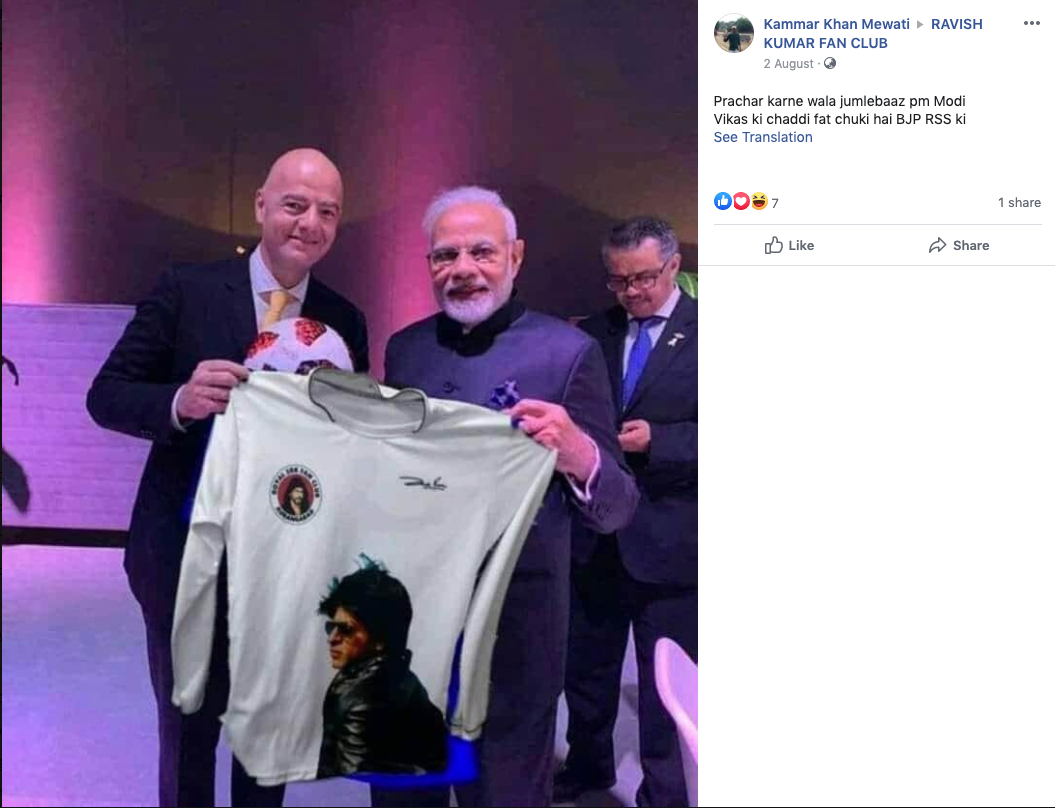 ALSO READ: Here’s the truth behind this morphed picture of PM…

NewsMobile fact checked the above picture and found it to be FAKE.
On putting the picture through Reverse Image Search, we found the original picture on the official Twitter handle of PM Modi. In the picture, PM Modi can be seen holding a blue colour jersey with ‘MODI G20’ written on it. 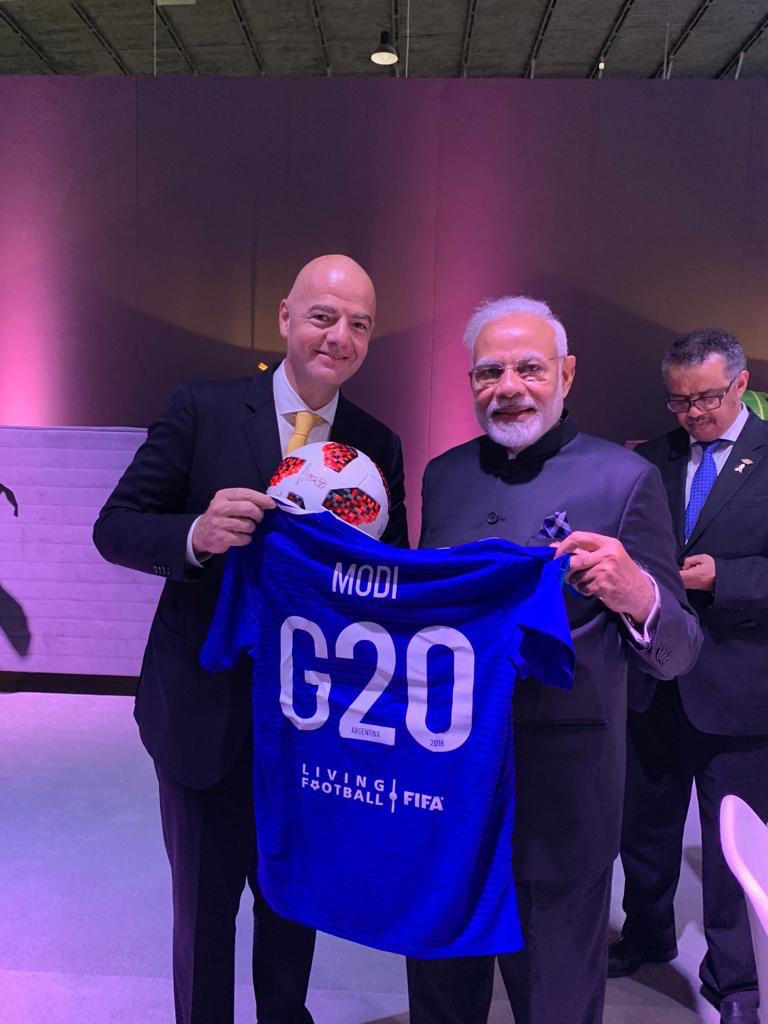 The picture was taken on December 01, 2018, when PM Modi was gifted this jersey and a football by FIFA President Gianni Infantino in Argentina.

Impossible to come to Argentina and not think about football. Argentinian players are tremendously popular in India. 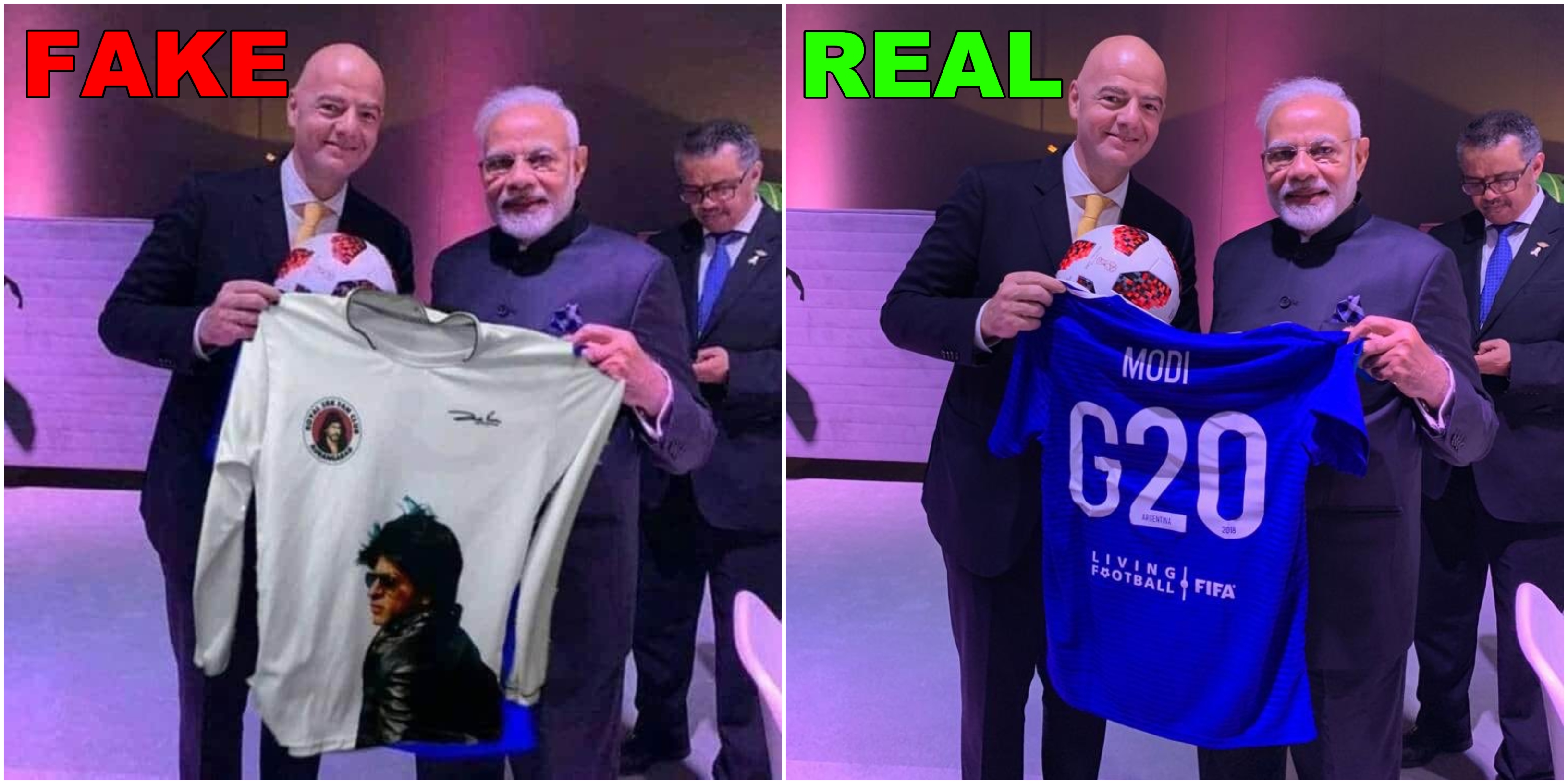 In the above FAKE vs REAL collage, it is clear that the original picture was manipulated using photo editing software.
Hence, the above fact check concludes that the picture in question is FAKE.

Fact Check: Old picture of ‘fire tornado’ shared as a recent one from recent California wildfires