A picture of Aam Aadmi Party MP Bhagwant Mann sitting in the office with a glass of liquor is doing rounds on social media.
The Facebook caption read in Punjabi, “ਰੱਜਿਆ ਪਿਆ ਕਹਿੰਦੇ ਕੰਮ ਸਵੇਰ ਦਾ ਈ ਸ਼ੁਰੂ ਆ ਹੁਣ ਤੇ ਮੁਬਾਇਲ ਵੀ ਮਾਊਸ ਜਾਪਦਾ”
(Google Translation: The work in the morning has started with liquor and now the mobile is being used as a mouse) 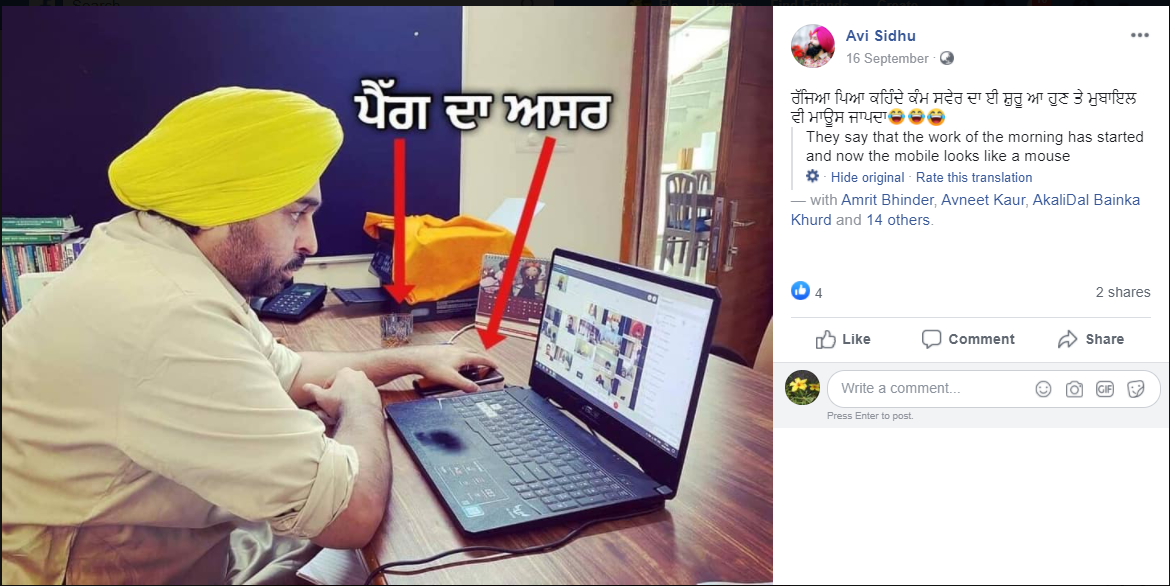 NewsMobile fact-checked the above post and found it to be morphed and misleading.
On putting the picture through Google Reverse Image Search, we found the real picture on the official Twitter account of Bhagwant Mann. According to the picture caption, it was when he joined the District Development Coordination and Monitoring Committee Meeting through the video conferencing.

He posted the same picture on Facebook on September 15, 2020.

With the help of Real vs Fake collage, we can clearly see that the picture of AAP Leader Bhagwant Mann was altered. 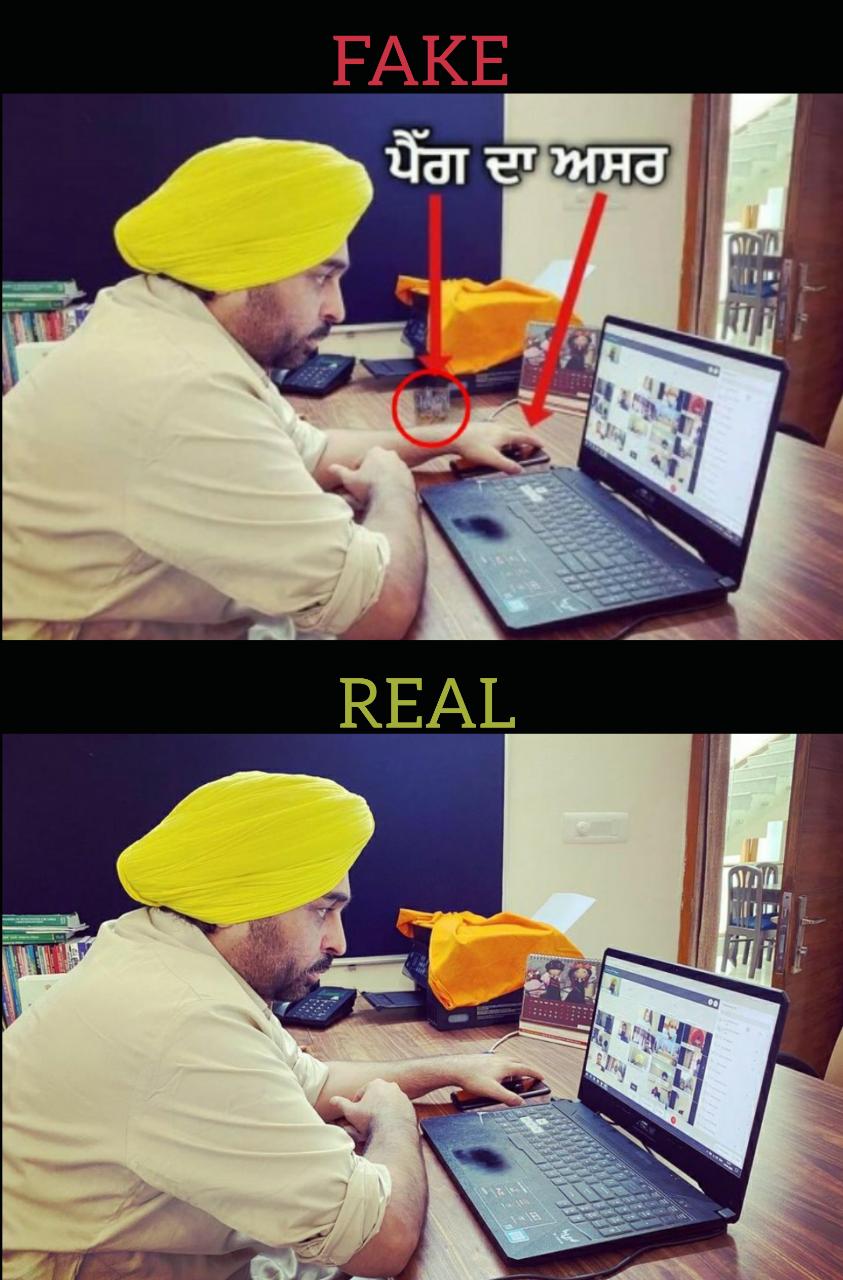 Fact Check: 2019 video of a man's head being tonsured by Shiv Sena members resurfaces as recent