Fact Check: Did Barack Obama Give PM Modi A Cold Shoulder Due To The Ongoing Farmers’ Protest?

A screengrab of former US President Barack Obama’s Tweet has gone viral on social media with a picture attached wherein he can be seen shaking hands with PM Modi. Along with the picture it is being claimed that he has given cold shoulder to PM Modi over the ongoing farmers’ protest.
The screengrab of Barack Obama’s Tweet reads, “Today I am shameful for a hand shake with this man #Narendra Modi”
The Facebook caption read, “Barack Obama feeling Shamefull for a handshake with this man. #IStandWithFarmers”

NewsMobile fact-checked the above post and found it to be morphed and misleading.
We got our first clue when we saw a comment on the post claiming it to be fake.

Moreover, we also found another post on Facebook claiming it to be fake. The Facebook user also pointed out several errors in the viral tweet.
The Facebook caption read, “This is fake. “Shameful” and not “Shamefull” is a word, “Handshake” and not “Hand shake” is a word. Moreover, it should be “ashamed of”. We should not share and spread fake messages about PM. If anyone has some grievances then they can just share his pic and write, “I am ashamed of ….”
Some errors:-

Further, we compared the viral screengrab and the original screengrab of Barack Obama’s Tweet and found the placement of the content and picture different. Also, comment, share and retweet section placement was also different. 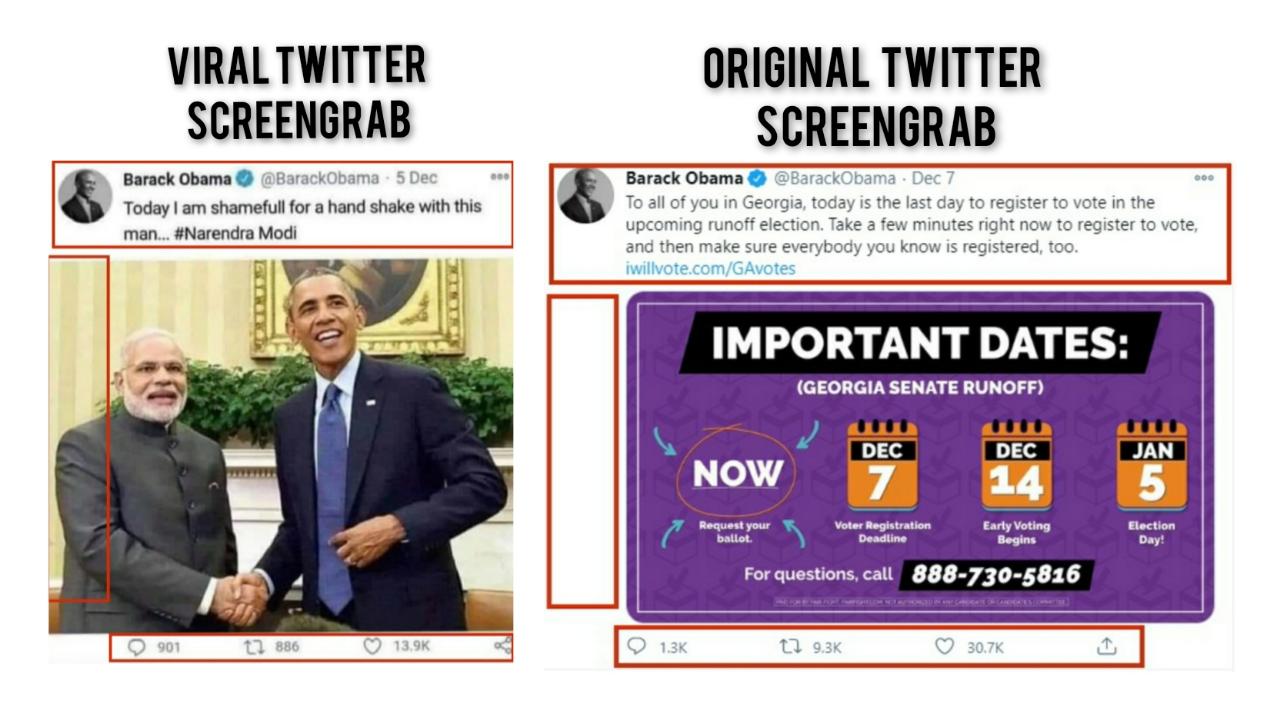 Moreover, for further confirmation, we also searched for Obama’s Tweet on the Official Twitter account of December 5, 2020, but could not find any such post.
However, with the help of Google Reverse Image Search, we found the same picture on Outlook website in which the picture description read, “File Photo- Prime Minister Narendra Modi shakes hands with US President Barack Obama in the Oval Office of the White House in Washington. Obama will be the first United States president to be the chief guest at Republic Day celebrations in January 2015.” 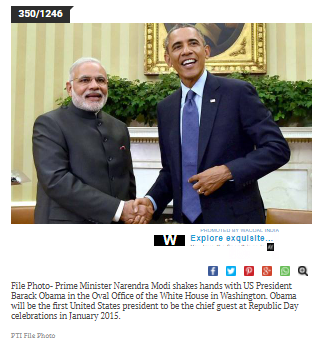 Hence, with the help of the above information, it is clear that the post attached to the viral screengrab of former US president Barack Obama’s non-existent tweet is morphed. Don’t fall for the false and misleading screengrabs.