A post regarding Aysha Renna and Ladeeda Sakhaloon, the girls who stood up to the police during the Jamia protest against Citizen Amendment Act, is making rounds on social media.
In the post, four different pictures of Aysha Renna and Ladeeda Sakhaloon can be seen with different places and location mentions on all of them. It claims that the girls were in different states on consecutive days.

NewsMobile fact-checked the viral pictures and found that they were all clicked in Delhi.
Image 1
On putting the image through Reverse Image Search, we found that this picture was uploaded by journalist Barkha Dutt on Twitter on December 16, 2019.

In a viral video from #Jamia we saw two young women save a male friend from police lathis by giving him cover. We also saw the same women standing atop a roof raising hands in another viral image. I meet Ladeeda Farzana & Ayesha Renna, sheroes of Jamia & Shaheen whom they saved pic.twitter.com/q8qfvIDMFT

Image 2
We found the second image in an article published in Outlook. The first line of the article stated that this image was taken on December 12, 2019 and the article also suggested that the image is from New Delhi Jamia Protest. 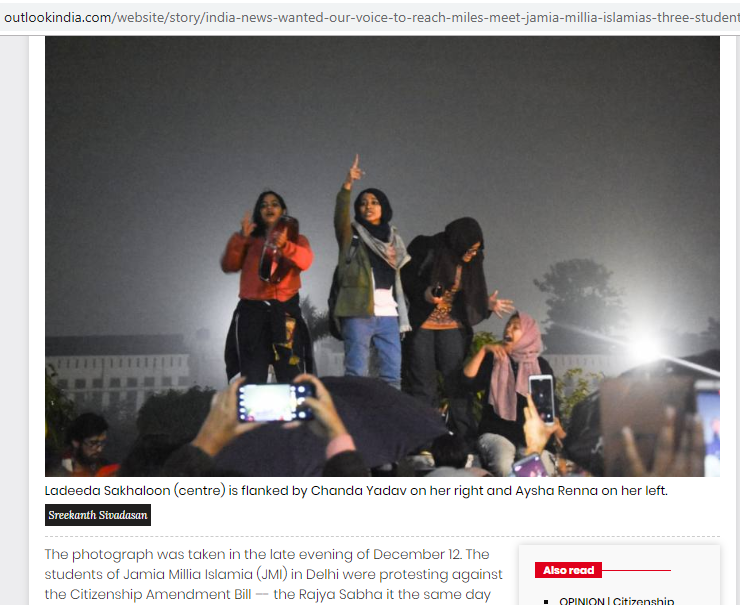 Image 3
The third image was featured in an article in Bangalore Mirror on December 14, 2019. The picture was credited to Newswire PTI and the caption read, ” CAB protests at Jamia Millia Islamia University.” 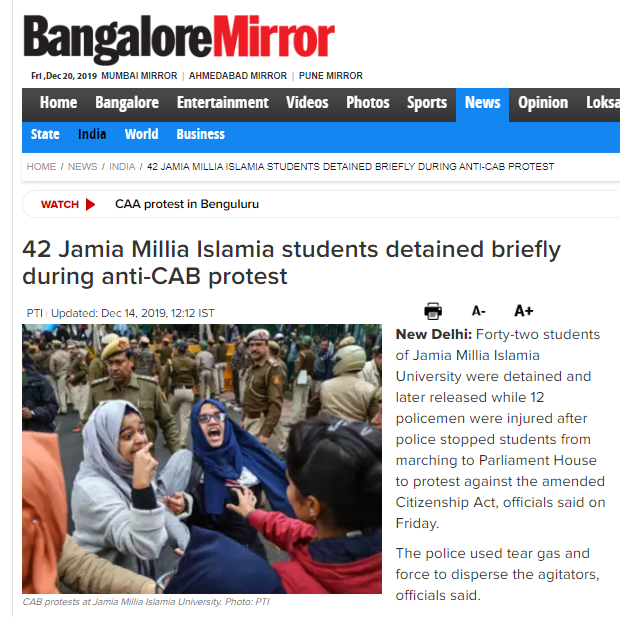 Image 4
This image was featured in an article in Reuters. the caption read, “Women form a human shield around a man beaten by police during protests against new citizenship law, at Jamia Millia Islamia University in New Delhi, December 15, 2019, in this screengrab obtained from a social media video. ” 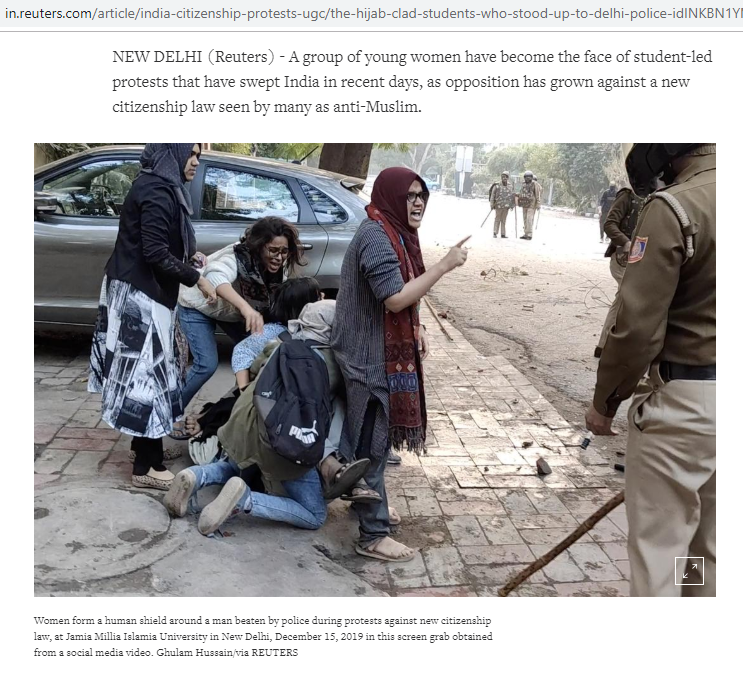 The above information proves that the pictures were taken in Delhi and hence the claim is false.

Fact Check: These viral images are NOT related to recent anti-CAA protests

Fact Check: Police protesting against CAA? No, these pictures are fake