Did PM Modi applaud P Chidambaram's arrest; here's the truth behind this video

Following the arrest of former Finance Minister P Chidambaram by the CBI, a video has surfaced on the internet in which Prime Minister Narendra Modi can be seen looking at a TV screen in which visuals of Chidambaram are being played. In the cation, it has been claimed that PM Modi is watching P Chidambaram’s arrest live. PM Modi is also seen clapping. 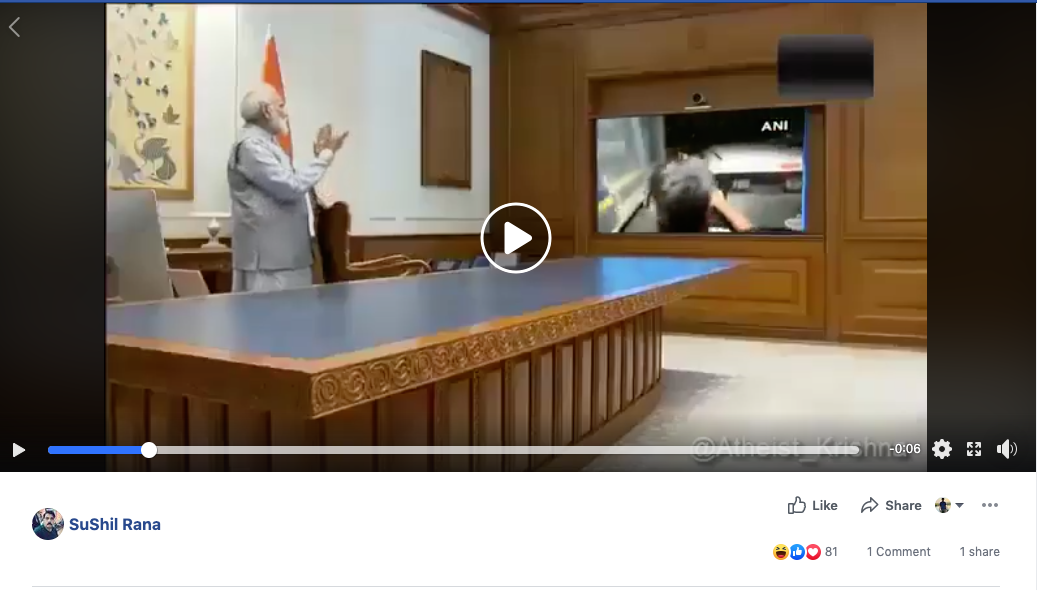 ALSO READ: This poster against PM Modi was not used in AMU; here’s…

The video was originally posted by a popular twitter handle @Atheist_Krishna.

When NewsMobile fact-checked the above video, we found that it was doctored.
On processing the video through InVid, we extracted screengrabs and put the screenshots through Reverse Image Search. We came across the original video which is actually during the launch of Chandrayaan 2 (India’s second moon mission).
We found the original video on newswire ANI’s official YouTube channel in which PM Modi can be seen witnessing the launch of Chandrayaan 2 on the TV screen.

#WATCH Police remove the two men who jumped onto the car in which Congress leader P Chidambaram was being taken to the CBI headquarters today. #Delhi pic.twitter.com/8buFkAY26U

Hence, the above information proves that the viral video is FAKE.

This poster against PM Modi was not used in AMU; here's the fact check

This picture of Mission Mangal star cast is FAKE; here's the fact check