This poster against PM Modi was not used in AMU; here's the fact check

In the wake of scrapping of Article 370, a picture of a banner is making rounds on social media which features Prime Minister Narendra Modi and it reads: “Modi the Dracula of Kashmir”. In the caption, it has been claimed that the picture is from Aligarh Mulsim University (AMU), in Uttar Pradesh’s Aligarh city. 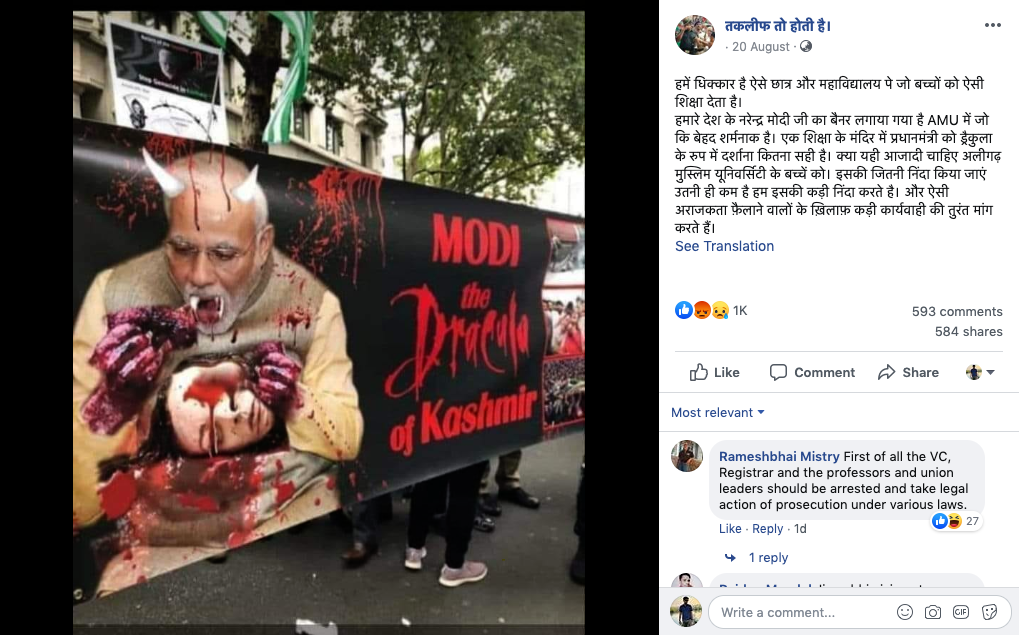 When NewsMobile fact-checked the viral picture, we found that it is not from the Aligarh Muslim University.
While checking for the origin of the picture, we came across a tweet by the verified Twitter handle of UP Police which confirmed that the above banned was not used in AMU.

On putting the picture through Reverse Image Search, we found that poster with PM Modi’s picture on it was used in a protest outside the Indian High Commission in London.

On August 15, protestors waved Pakistani and Kashmiri flags outside the Commission against the scrapping Article 370 which gave special status to Jammu and Kashmir.
Hence, the above information proves that the banner was not used in Aligarh Muslim University (AMU) as clamed in the viral posts.

Did PM Modi applaud P Chidambaram's arrest; here's the truth behind this video