Are these pictures from the ABVP and Parivar Maha rally in support of CAA? Here's the fact check

A picture of a huge crowd is being shared on social media with a claim that they are members of ABVP and Parivar Maha who came together in support of the Citizenship Amendment Act.

NewsMobile fact-checked the above post and found the claim to be fake.
Image 1
On putting the image through Reverse Image Search, and found this picture in an article published in The Economic Times dated September 22, 2016. The caption of the picture read, ” This ‘angst’ culminated in a ‘Muk Morcha’, a silent protest march in Aurangabad on August 9, led by women from the community.” 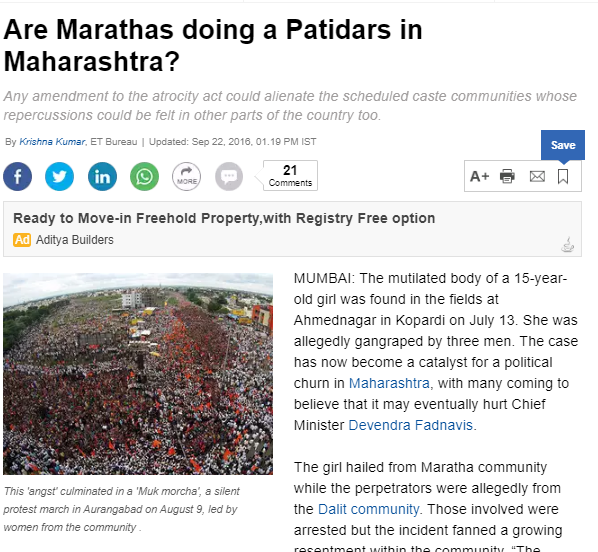 Image 2
The second picture was featured in an Indian Express article dated September 24, 2016, and the caption suggested that the picture is of Maratha protest rally in Ahmednagar. They were demanding that the perpetrators of the rape and murder of a Maratha girl at Kopardi village in the district be hanged. 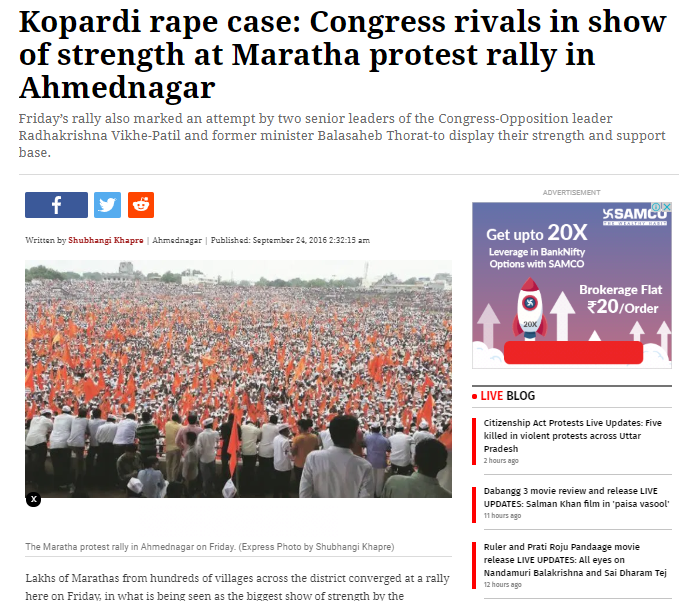 Image 3
We found the third image in a Live Mint article dated October 12, 2016. The picture was captioned, “A file photo of members of the Maratha community at a rally demanding reservation in government jobs and admission in govt-run schools and colleges. Photo: Hindustan Times. ” 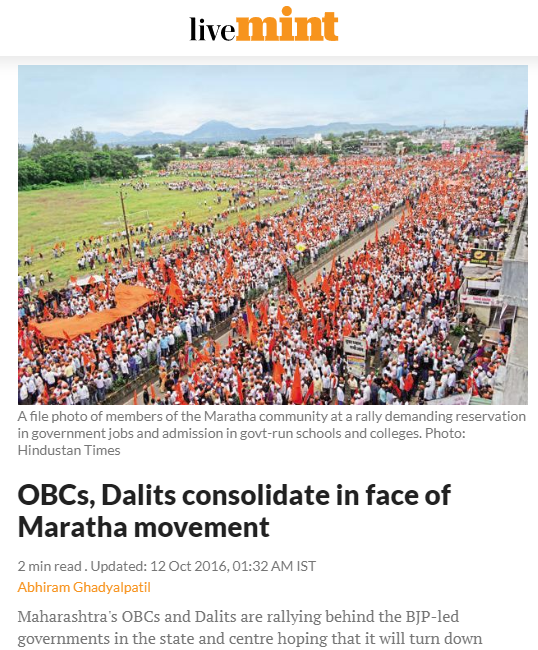 Image 4
The fourth picture was featured in an India Today article dated October 2016. “One wave a Maratha Kranti Morcha rally in Sangli, ” the caption read. 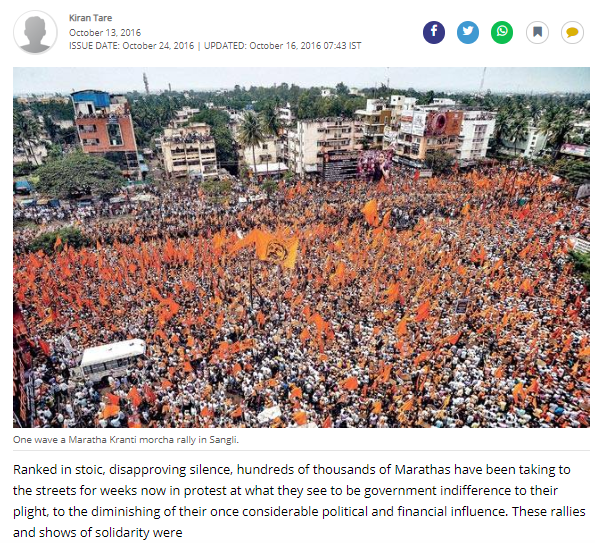 The above information proves that the images are from 2016 and hence the claim is false.

Continue Reading
Are these pictures from the ABVP and Parivar Maha rally in support of CAA? Here's the fact checkFact checkfake newsMaratha protestMuk morcha
0 71
Share FacebookTwitterGoogle+ReddItWhatsAppPinterestEmail

Fact Check: No, this girl with Rahul Gandhi is not the 'Jamia protest' girl, Aysha Renna

Don't believe this post about bulls dying of hunger; here's the true story