Are Chinese individuals not being allowed in supermarkets in Australia? Here's the truth

A video has been circulating online stating that Chinese individuals are not being allowed in supermarkets in Australia.
The video shows a Chinese man and an Australian man arguing in a heated manner. By watching the video, one cannot tell what they are arguing about. Towards the end, a supermarket manager can be asking the Chinese man to leave. 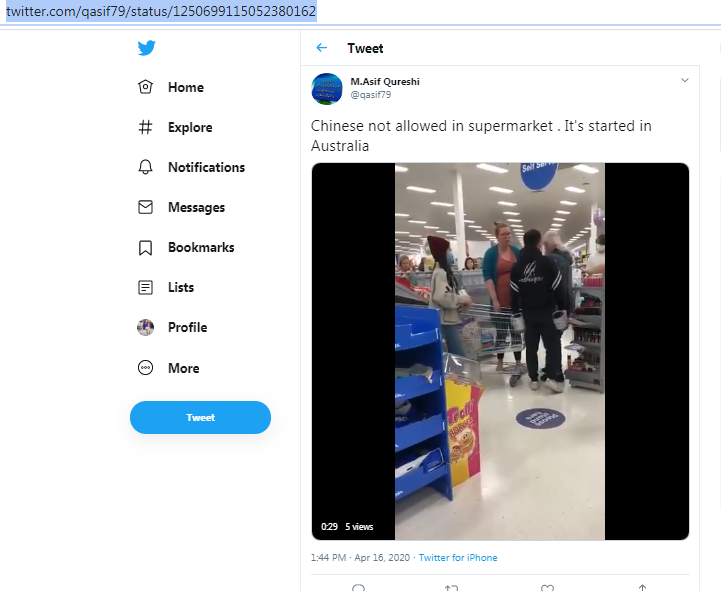 Chinese not allowed in supermarket . It’s started in Australia pic.twitter.com/aFetcqVlaO

Chinese not allowed in supermarket . It’s started in Australia…. pic.twitter.com/m0MK9S4YTv

FACT CHECK
We fact-checked the above video and found it to be misleading.
While running a Reverse Image Search on the keyframes from the video along with the keywords, we came across a Daily Mail article.
The byline was for Daily Mail Australia. It shows that the two individuals were fighting over the purchase of baby formula. The article states that Big W and major supermarkets Coles and Woolworths enforce a two-tin baby formula limit due to the popularity of ‘daigou shoppers’ buying the product in bulk to sell for a profit online to China. 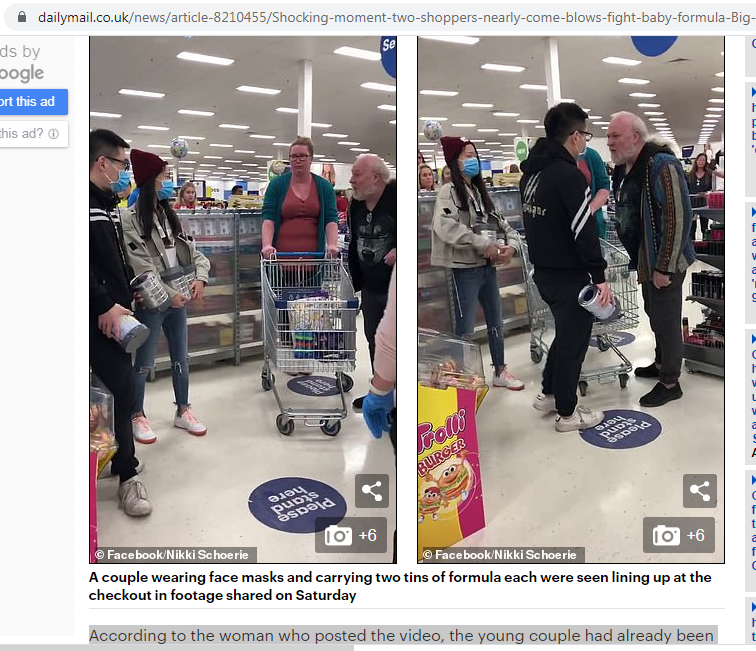 The two men got into a brawl when the older man asked the younger individual to put back the baby formula tin.
The couple can be seen holding tins. According to the woman who posted the original video, the young couple had already been inside the store to purchase four tins. The couple in question in this video were later told that they couldn’t buy the tins and were asked to leave.
Hence, it is not true that Chinese people are no longer allowed in Australian supermarkets.

Continue Reading
Are Chinese individuals not being allowed in supermarkets in Australia? Here's the truthcoronaviruscovid 19Fact checkfake news
0 60
Share FacebookTwitterGoogle+ReddItWhatsAppPinterestEmail

Fact Check: This image of a man brutally beaten is not related to COVID-19 lockdown