Viral video of a leopard prowling near an underpass is NOT from Delhi's Dwarka; here's the truth

Amid the nationwide lockdown due to COVID-19, a video has surfaced on the internet in which a leopard can be seen prowling around an underpass. It is being claimed that the video was shot recently at Dwarka underpass near Delhi’s Indira Gandhi International Airport. 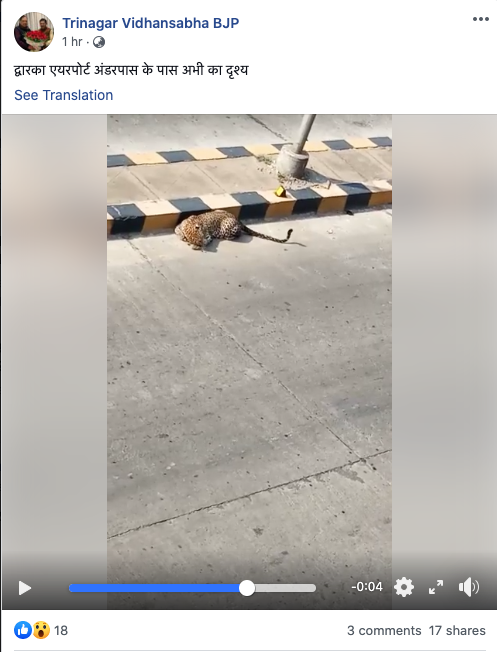 The same video with the same claim is widely being forwarded across WhatsApp. 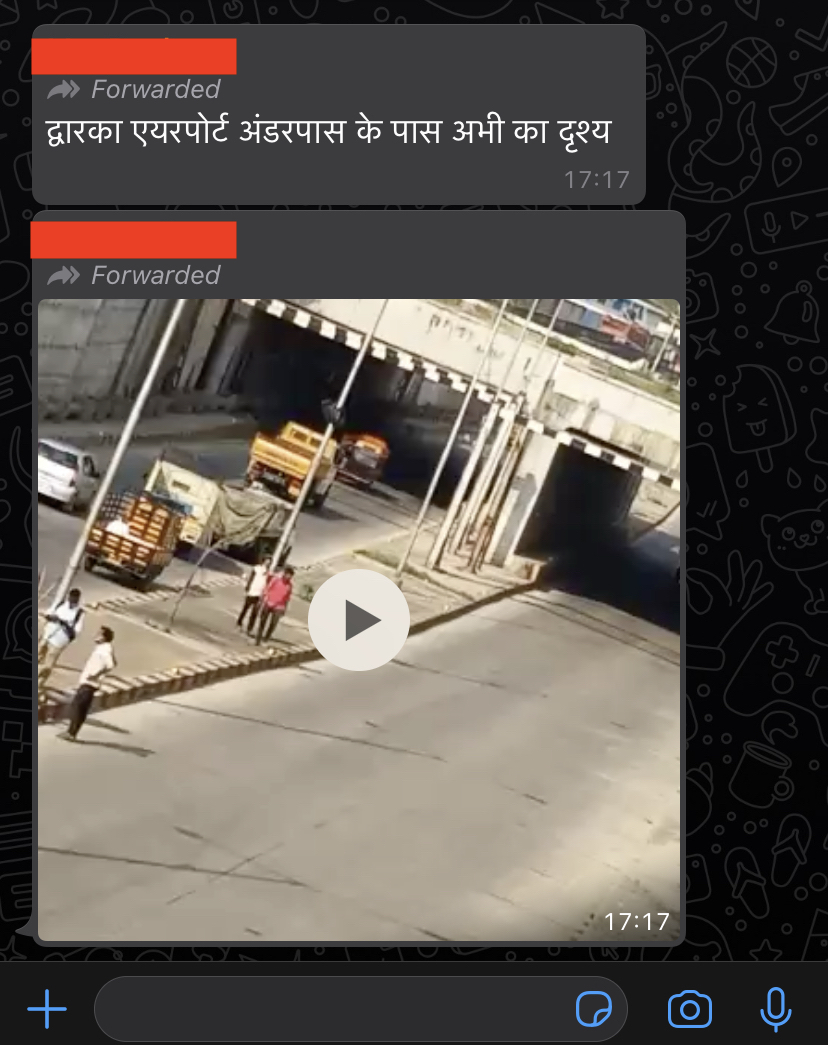 ALSO READ: Fact Check: This date sheet of Class 12 examination has not…

Several other posts can be seen here, here, here and here.

NewsMobile fact-checked the above video and found that the claim attached to the video is false as the video is NOT from Delhi’s Dwarka.
We extracted the keyframes of the video and put them through Reverse Image Search. The results led us to the same video tweeted by Indian Forest Service officer, Susanta Nanda. In the tweet dated May 14, 2020, Nanda had clarified that the video is from Mailardevpally in Hyderabad.

Initially thought to be injured or ill. It was later found to be in perfect health.
Captured successfully. Planned to be released in wild soon. pic.twitter.com/aRJEL3uEj0
— Susanta Nanda IFS (@susantananda3) May 14, 2020

“Leopard was relaxing the new found freedom at Mailardevpally in Rangareddy district of Telangana due to lockdownSmiling face with smiling eyes. Initially thought to be injured or ill. It was later found to be in perfect health. Captured successfully. Planned to be released in wild soon,” Nanda wrote on Twitter.
News wire ANI had also posted the same video on their YouTube channel on May 14, 2020 confirming that the video in question is from Hyderabad.

In conclusion, the above information proves that the video in question is NOT from Delhi but Telangana.

Fact Check: This date sheet of Class 12 examination has not been released by CBSE or HRD Ministry

Fact Check: 2019 video of crowd at Territorial Army recruitment camp shared as 'Migrants at UP border'