This video of a woman lying on the street is NOT from India; here's the fact check

The Coronavirus induced nation-wide lockdown has forced workers all over the country to migrate to their towns and villages. Over the period of lockdown, several pictures and videos also made their way to the internet.
One such video shows a woman lying on the ground while two kids can be seen sitting next to her.
“कितने आम हो गई जिंदगी सड़कों में भटक रही लाशों की तरह😣
गरीबों की मेहनत से चलती है देश
जिंदगी तूने जीने का कोई सलीका ना छोड़ा
मां तो मां होती है उनसे पूछो जिनकी मां नहीं है।
#SpeakUpIndia” the caption read.
(Translation: How common life has become like the corpses wandering in the streets
The country runs with the hard work of the poor
Life, you did not leave any way to live.
Mother is mother, ask her whose mother is not there ) 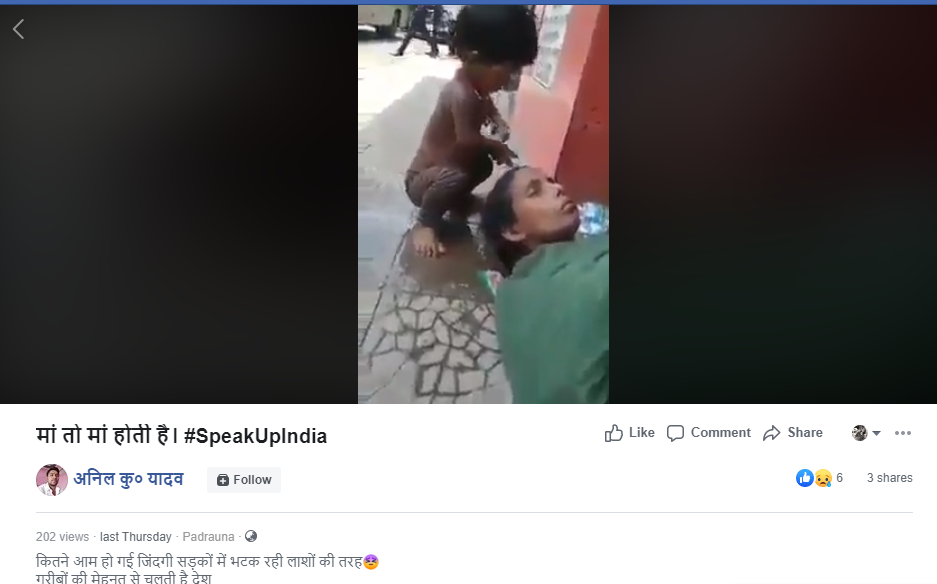 NewsMobile fact-checked the viral video and found that it is not from India.
We put keyframes of the video through Reverse Image Search and found the same video on Facebook dated July 13, 2018.

We also found an article by Jugantor –a Bengali daily in Bangladesh — dated July 12, 2018. 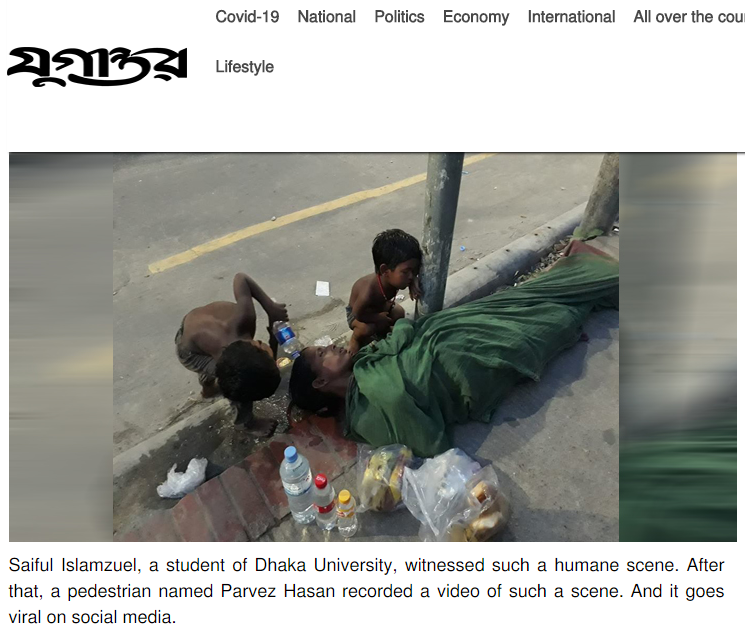 According to the report, the video is from Dhaka, Bangladesh. The article identified the woman as Farida (35). The report suggests that Farida fell ill with fever in the streets while her son pours water on her head. The video was recorded by a passing pedestrian.
After the video of the incident went viral, Kurigram Deputy Commissioner helped Farida return to her native place in Kurigram district. 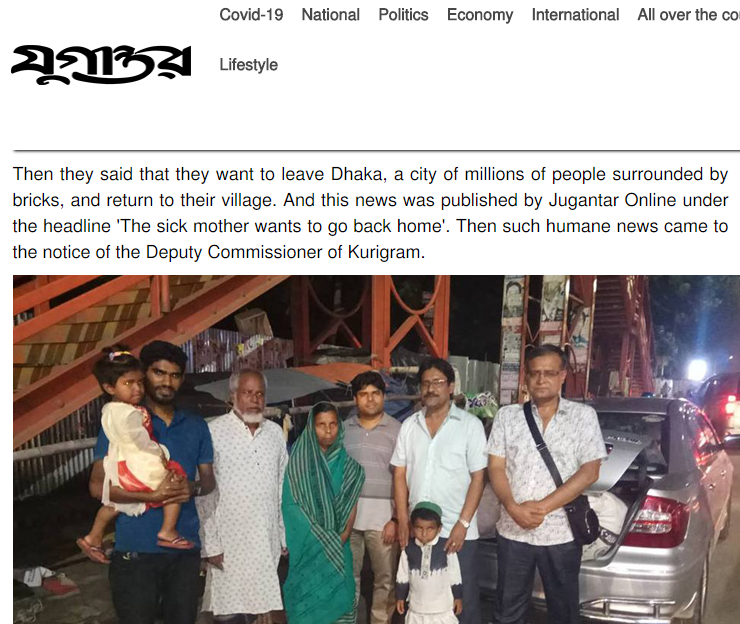 The Press Information Bureau also clarified that the video is not related to the migrant crisis, currently underway in India.

The above information proves that the video is old and NOT from India.

PM Narendra Modi did not say one crore COVID-19 patients have been treated for free; here's the fact check