No! The man thrashed by cops in the viral video is NOT the Hyderabad rape accused

Soon after the horrific rape and murder of a veterinary doctor in Hyderabad, a video of a man being thrashed by cops has gone viral on social media and it is being claimed that the person seen beaten up is one of the accused.

The original caption attached to the video in Bengali read: “সবাইকে দ্যাখার সুযোগ করে দিন, যাতে সবার শিক্ষা হয়।*** উচিৎ সাজা চাই 2+ মিনিটের মারায় কিচ্ছু হবে না।”
(Translation: “One of the accused who raped and burnt the young woman in Hyderabad, is being beaten by the policemen. We want the animals to be hanged.”)
The same message has been posted along with the video by several Facebook users too. 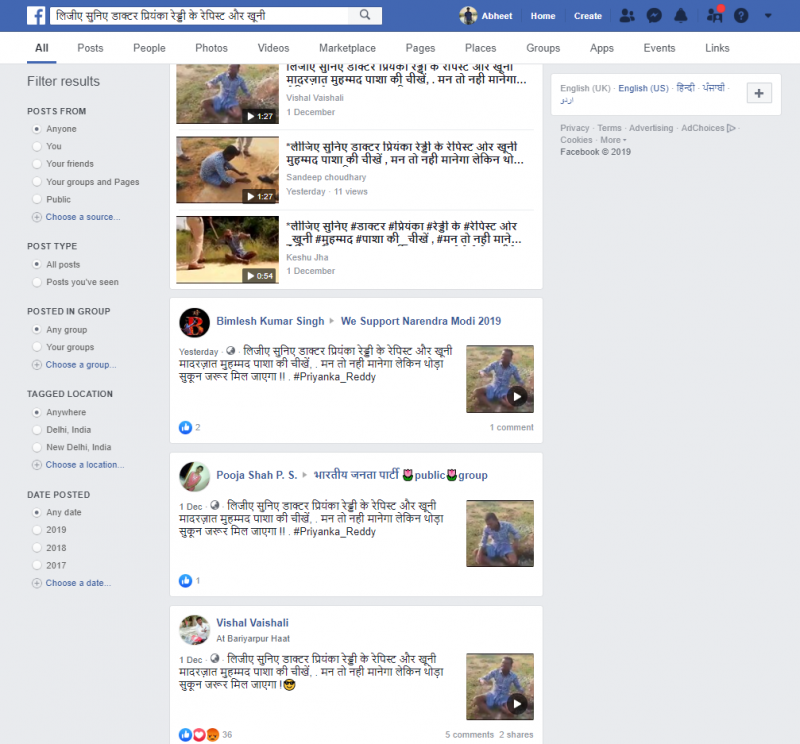 NewsMobile fact-checked the above posts and found the claim attached to it to be FALSE.
We extracted the key-frames of the video through InVid and ran a Reverse Image Search. We came across an article published by The Hindu dated November 27, 2019. 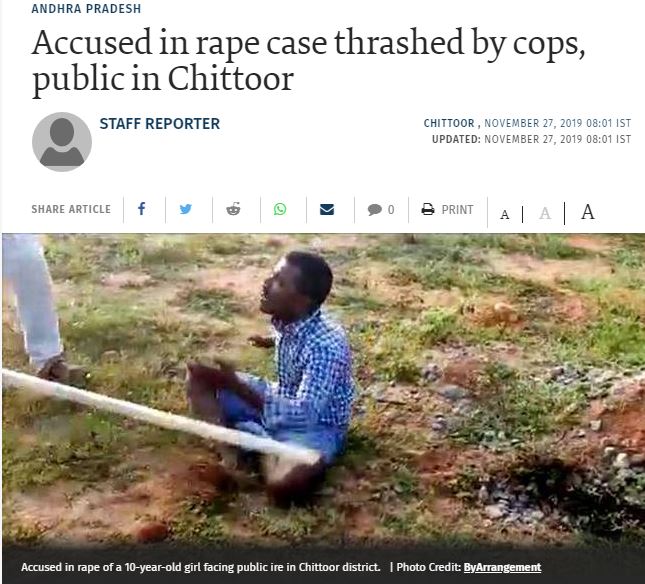 According to the report, the video is from Chittoor district of Andhra Pradesh. The report states, “An accused in a rape case was reportedly thrashed by residents of a village before being handed over to the police on Tuesday. When the accused tried to escape, the police too thrashed him, the video of which went viral. The 25-year-old youth allegedly raped a 10-year-old girl and attempted to murder by strangulating her on November 24. The incident which came to light on Tuesday created flutter in the village in Chittoor district.”
Hence, the above information proves that the video is not related to the Hyderabad rape and murder case.

Don't believe this hoax, Telangana police has NOT launched a new mobile tracking number for women

101-year-old did not give birth; here's the truth behind the viral picture