Japan does not spray blue dye on looters and rioters; here’s the truth behind this picture

A picture is doing the rounds on social media in which people can be seen being splashed by water cannon(s). It is being claimed that the picture is from Japan and authorities there spray blue dye to identify looters and rioters. 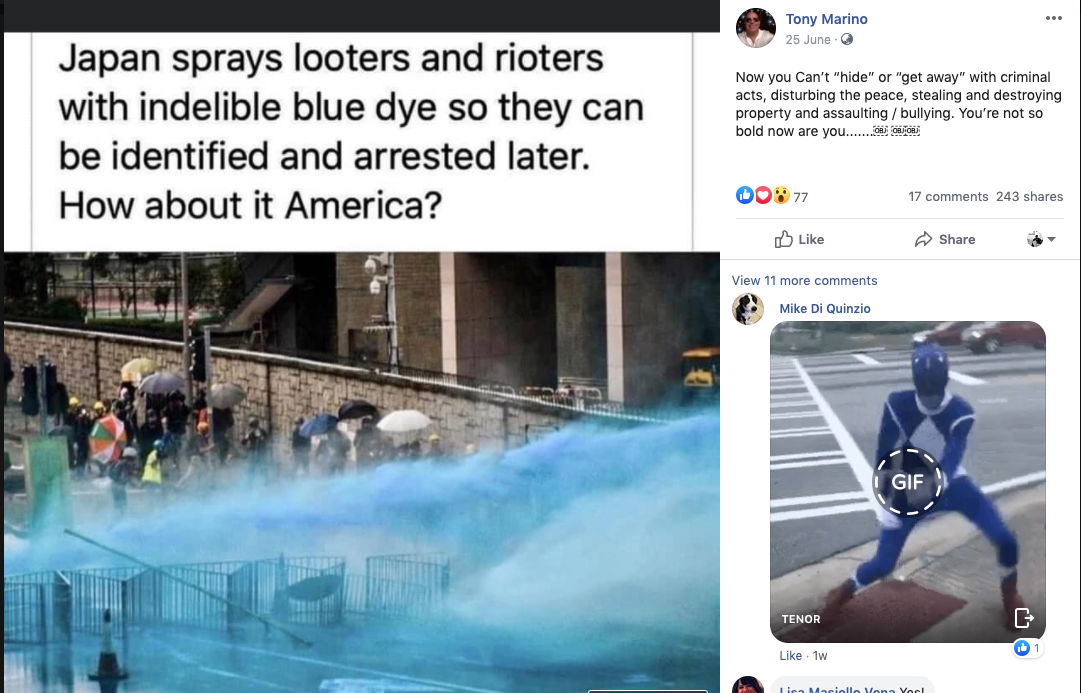 The text with the picture read: “Japan sprays looters and rioters with indelible blue dye so they can be identified and arrested later. How about it America?”

The same picture was shared on Instagram as well with the same claim.

ALSO READ: Fact Check: British Airways is NOT shutting down; don’t fall for…

NewsMobile fact-checked the above picture and found that the claim attached to the it is false.
We cropped the picture and put it through Reverse Image Search. Upon digging through search results we found the original picture on news agency AFP’s website. 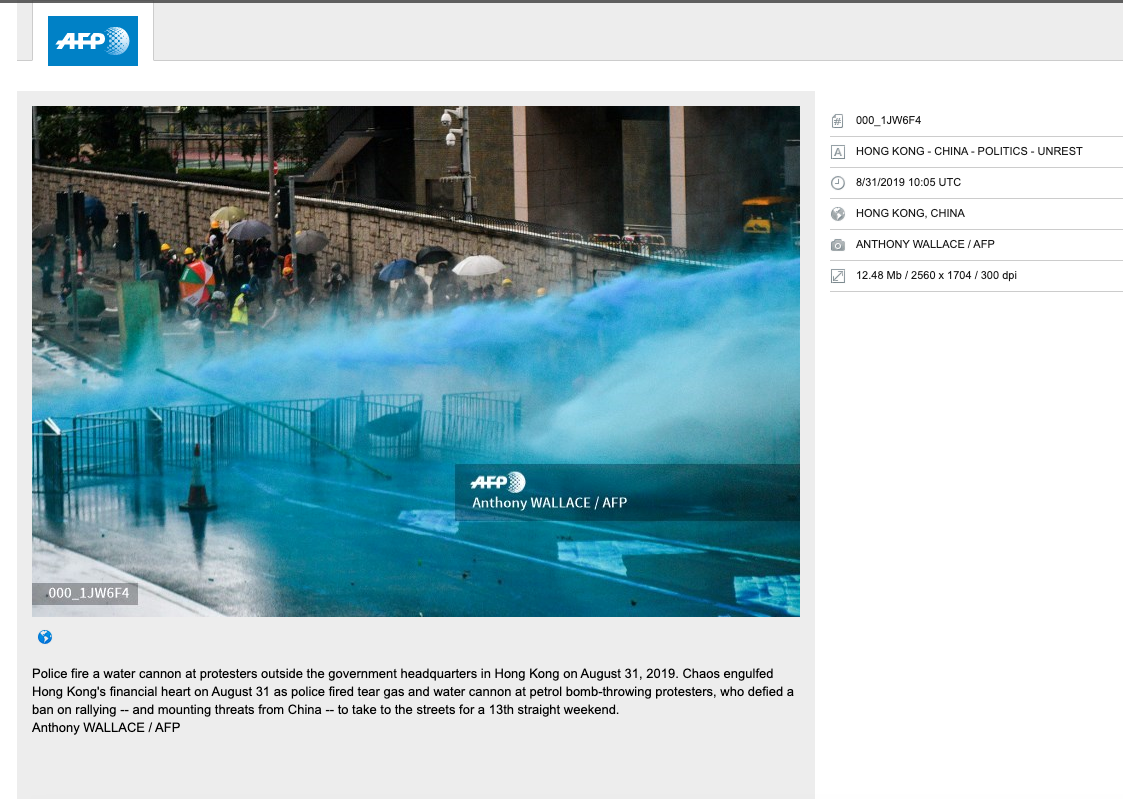 According to the photo description, the picture in question was taken on August 31, 2019, during a pro-democracy protest in Hong Kong.
“Police fire a water cannon at protesters outside the government headquarters in Hong Kong on August 31, 2019. Chaos engulfed Hong Kong’s financial heart on August 31 as police fired tear gas and water cannon at petrol bomb-throwing protesters, who defied a ban on rallying — and mounting threats from China — to take to the streets for a 13th straight weekend,” the description read.
In conclusion, the above information proves that the picture in question is NOT from Japan. Hence, the claim attached to the picture is FAKE.