Fact Check: Viral picture of black bears feasting on apples is not from Kashmir 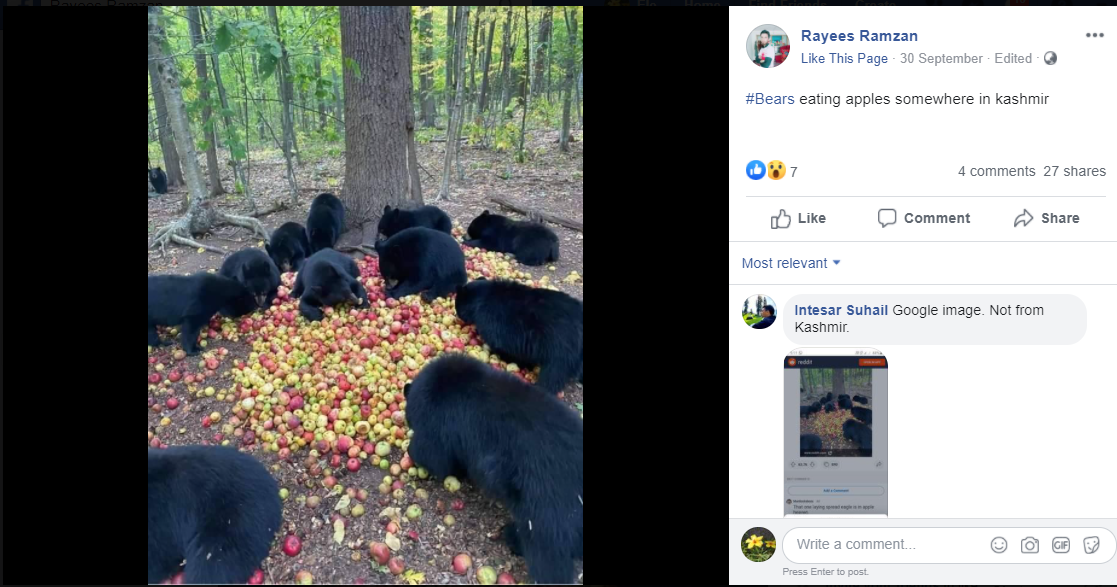 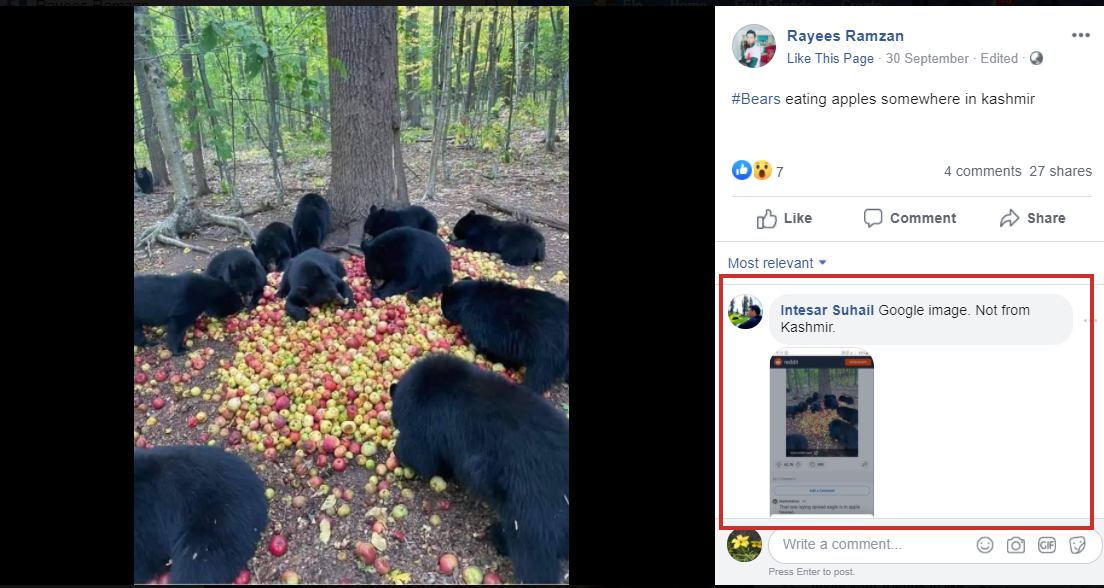 On putting the picture through Google Reverse Image Search, we found the same picture on another Facebook post dated September 30, 2020, claiming that the picture was taken by John Fusco, a wildlife preservationist. 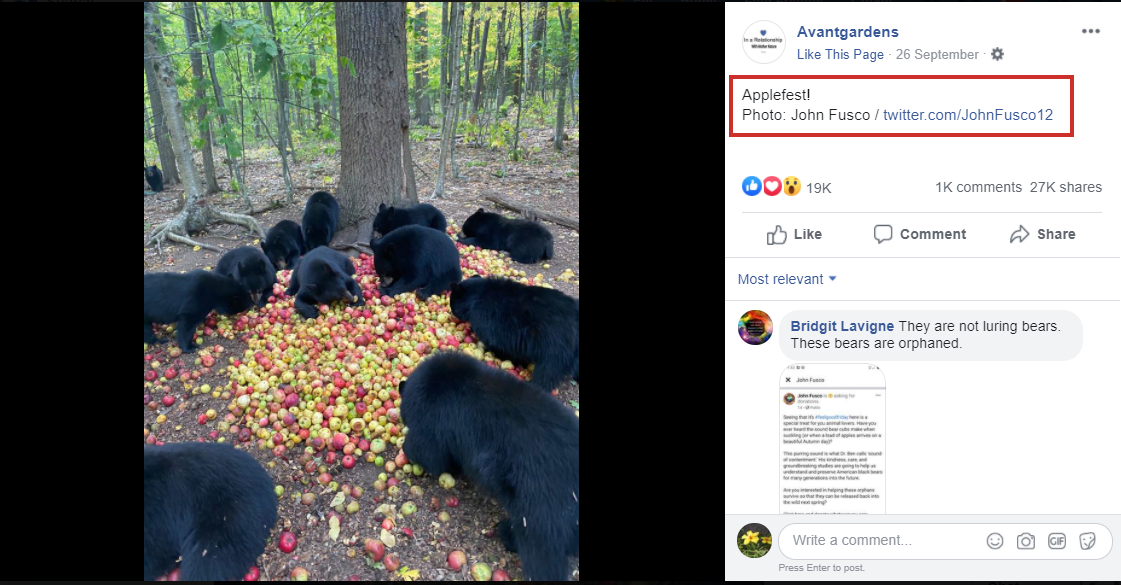 On digging further, we found a video of bears and apples on the official Twitter account of John Fusco dated September 25, 2020.

Have you ever heard bear cubs make their ‘sound of contentment’? @RaeWynnGrant pic.twitter.com/CpuuM86imw

Moreover, we also found the same picture of bears on the official Twitter account of John Fusco dated September 20, 2020, claiming that these cubs have lost their mothers this year.

These cubs lost their mothers this year, so it’s a beautiful thing to see apples make them smile. You can help by going to: https://t.co/jKSLphjcnC pic.twitter.com/gRBHW5ZEfP

The above tweed carried a link to the website of Kilham Bear Centre, which is a non-profit organization and registered as a charitable trust with the State of New Hampshire (US), Charitable Trusts Unit, Office of the Attorney General.
The website featured a similar picture of bears feasting on apples.

Hence, the picture of black bears eating apples viral on social media is not from Kashmir in India. Truth is that the picture is from Kilham Bear Centre in the United States.