A video of a policeman forcefully pulling a Sikh man’s turban has gone viral all over social media claiming to be from the recent farmers’ protest. It is also being claimed that the man in the video is Nazir Mohammed, a Social Democratic Party of India (SPDI) worker, disguised as a Sikh.
The Facebook caption read, “Nazir Mohammed an SDPI worker, dressed as a Sardarji in farmers strike in Hariyaana is arrested this morning.”

Further, with the help of keyword search, we found the same video on YouTube dated April 9, 2011, claiming that Punjab Police removed a Sikh man’s turban. 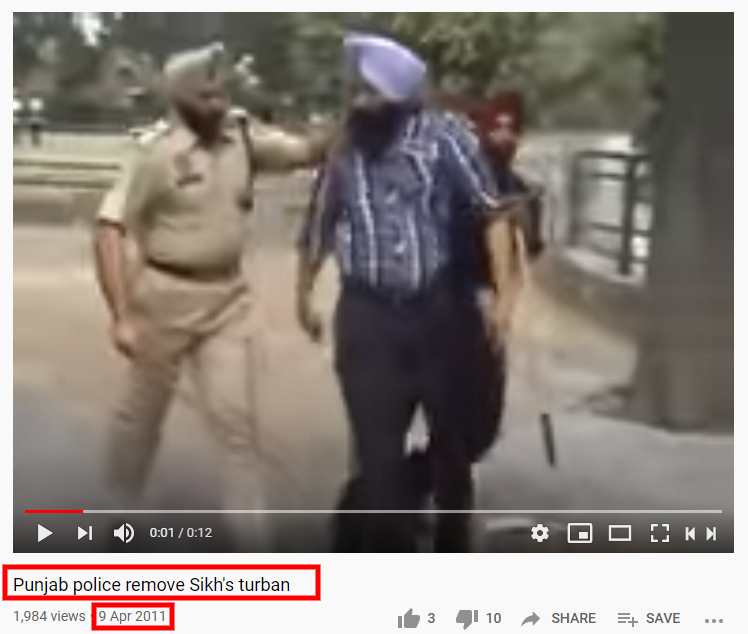 On digging further, we also found a news article by United Sikh dated April 17, 2011, claiming that an arrest warrant has been issued against a Punjab Police Officer in Mohali for removing the turban of a Sikh man.
The picture description read, “The SHO of Mohali Phase VIII Police Station, Sub Inspector Kulbhushan, removes and holds the Turban of the Sikh individual” 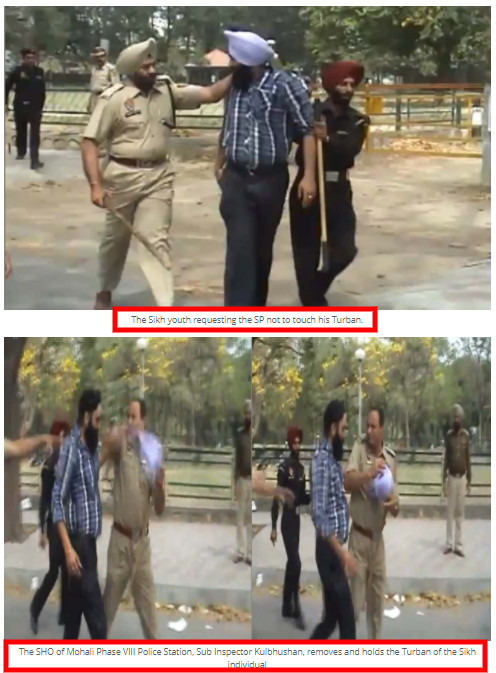 Moreover, we also found another news article by TOI dated April 7, 2011, claiming that a complaint has been registered against SP Pritam Singh and SHO Kulbhushan Sharma for removing the turban of a Sikh man. 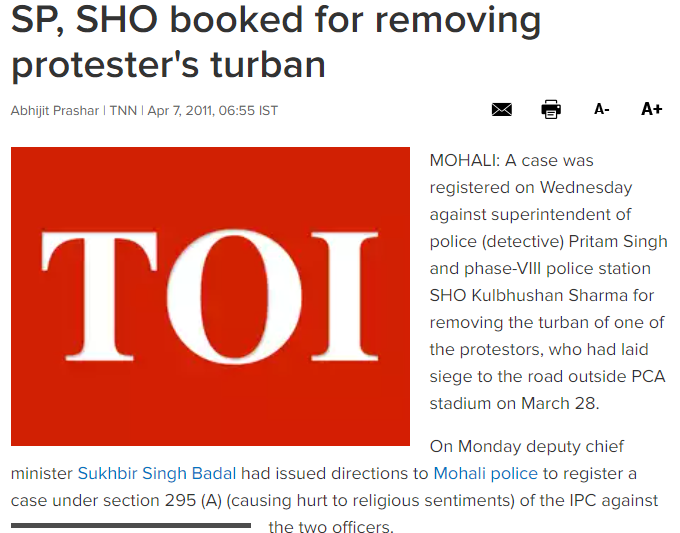 Earlier, NewsMobile had debunked the same video on February 4, 2020, which was, at that time, linked to the CAA-NRC protests.
http://newsmobile.in/articles/2020/02/04/fact-check-muslim-man-posing-as-sikh-to-protest-against-caa-heres-the-truth/
Who is Nazeer Mohammed?
Since the post also claimed that the man in the video is Nazeer Mohammed (Nazir Mohammed), we ran a search and found that picture of a man named Nazeer Mohammed,  belonging to the minority community, was earlier shared with a similar claim.
NewsMobile debunked the false claims about Nazeer Mohammed, which can be seen here.

Fact Check: Was a Muslim man posing as a Sikh during the ongoing farmers’ protest? Here’s the truth

Hence, with the help of the above information, it is clear that the viral video of a policeman removing a Sikh man’s turban has no relation with the ongoing farmer’s protest.