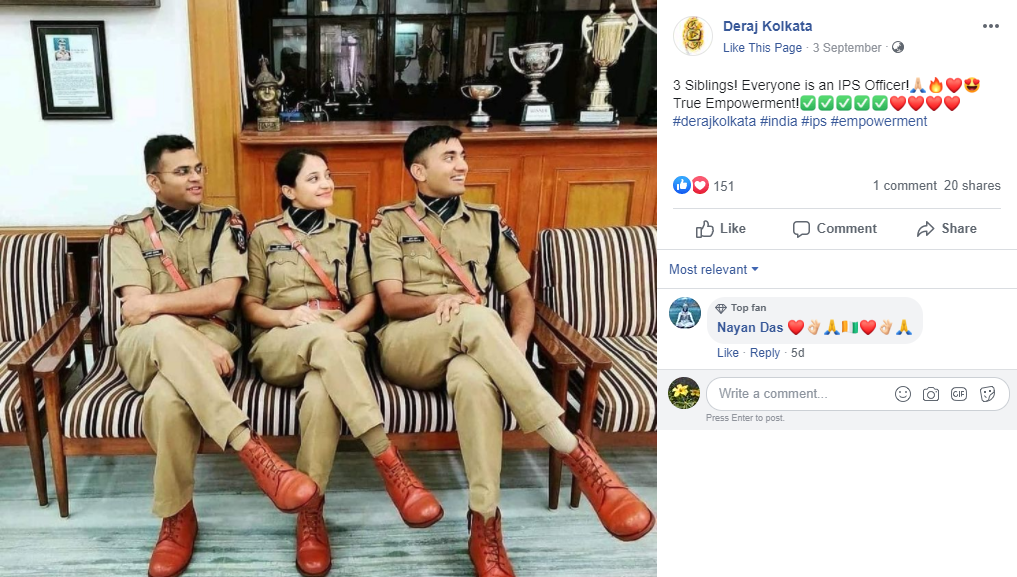 Two brothers and one sister in the same family are IPS👏👏👏 pic.twitter.com/iGwEW5u7vq

Another post about three IPS Officers can be seen here.

NewsMobile fact-checked the above post and found it to be misleading.
On putting the pictures through Google Reverse Image search, we found the same picture on a Facebook page by the name of Tushar Gupta. 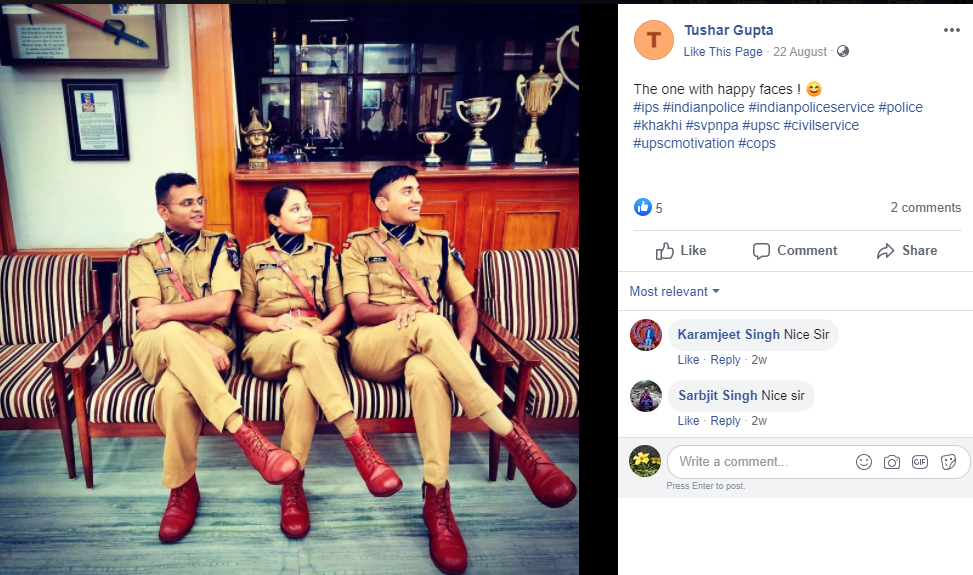 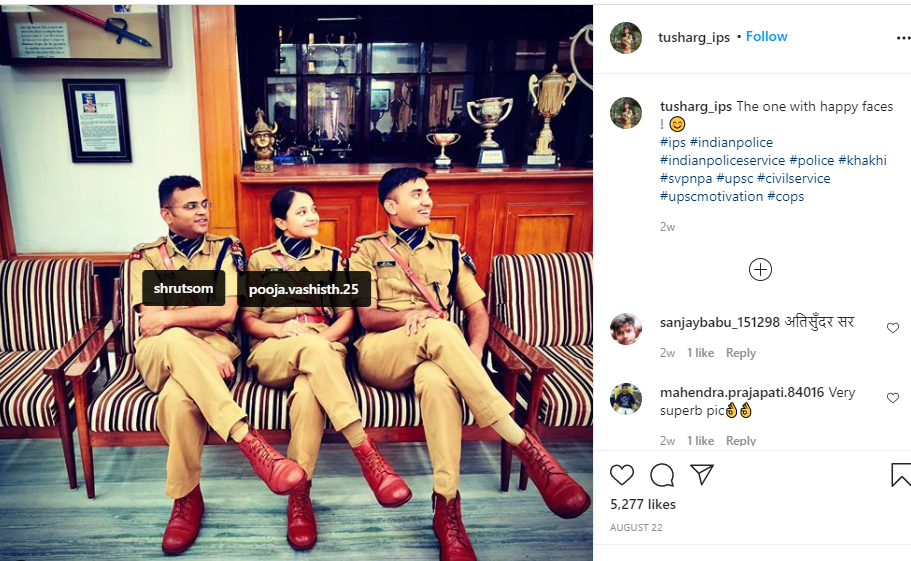 IPS Officers Shrut Kirti Soryavansham and Pooja Vashist were also tagged in the post that took us to their original profiles. Their real profile does not claim that they are siblings.
On digging further, we checked the Facebook profile of IPS Tushar Gupta and found two family members, Sagar Gupta(Brother) and Sahil Gupta(Cousin), were listed in the about section of Facebook. The profile also claims that IPS Tushar Gupta is from Chandigarh.

We also looked at IPS Shrut Kirti Somavanshi Facebook profile and found that IPS Soomavanshi is from Rae Bareli in the about section. 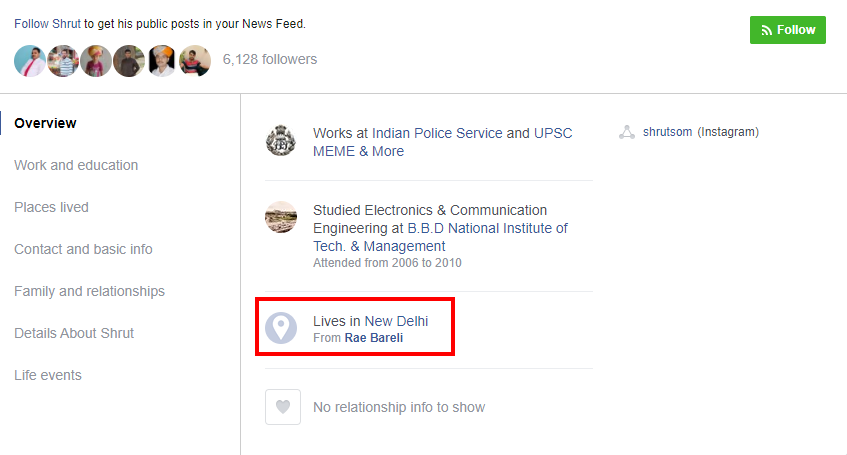 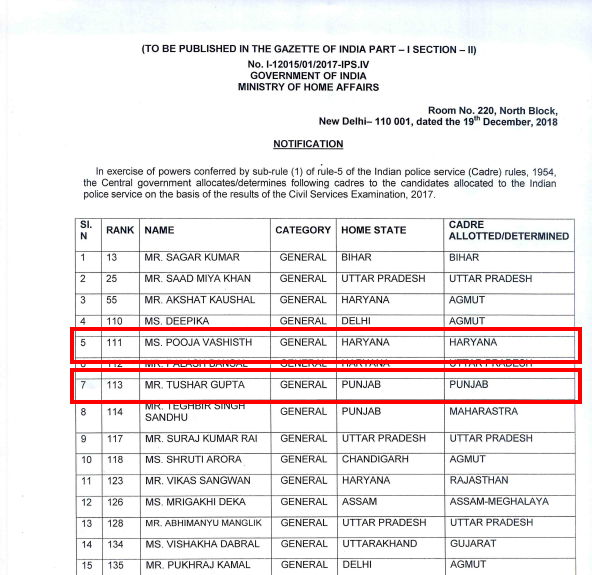 Hence, the truth is that the three IPS Officers in social media posts are batchmates and not siblings. Don’t fall for false and misleading claims.