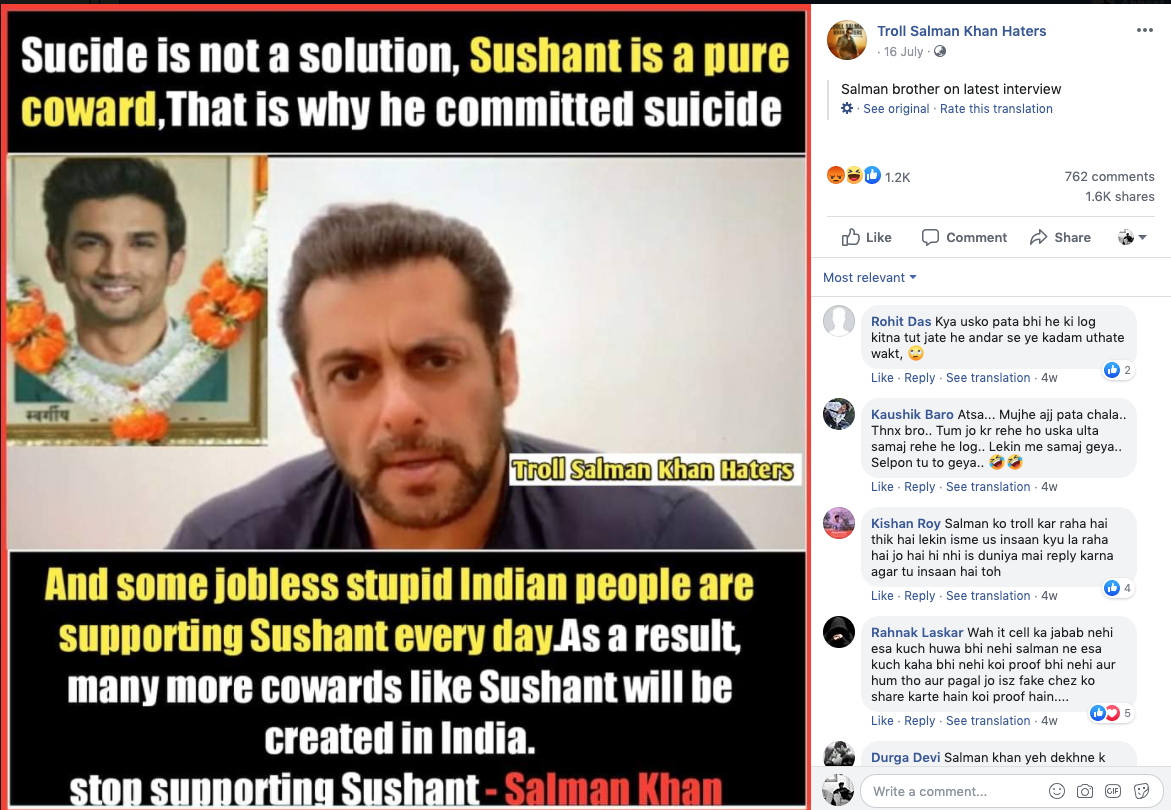 The quote attributed to Salman read: “Suicide is not a solution, Sushant is a pure coward, That is why he committed suicide. And some jobless Indian people are supporting Sushant every day. As a result, many more cowards like Sushant will be created in India. Stop supporting Sushant”

At the time of filing this report, the above post was shared over 1,600 times.

NewsMobile fact-checked the above post and found it to be misleading.
We started our investigation by putting the exact statement through a Google search, and we did not find any substantial results surrounding the statement. 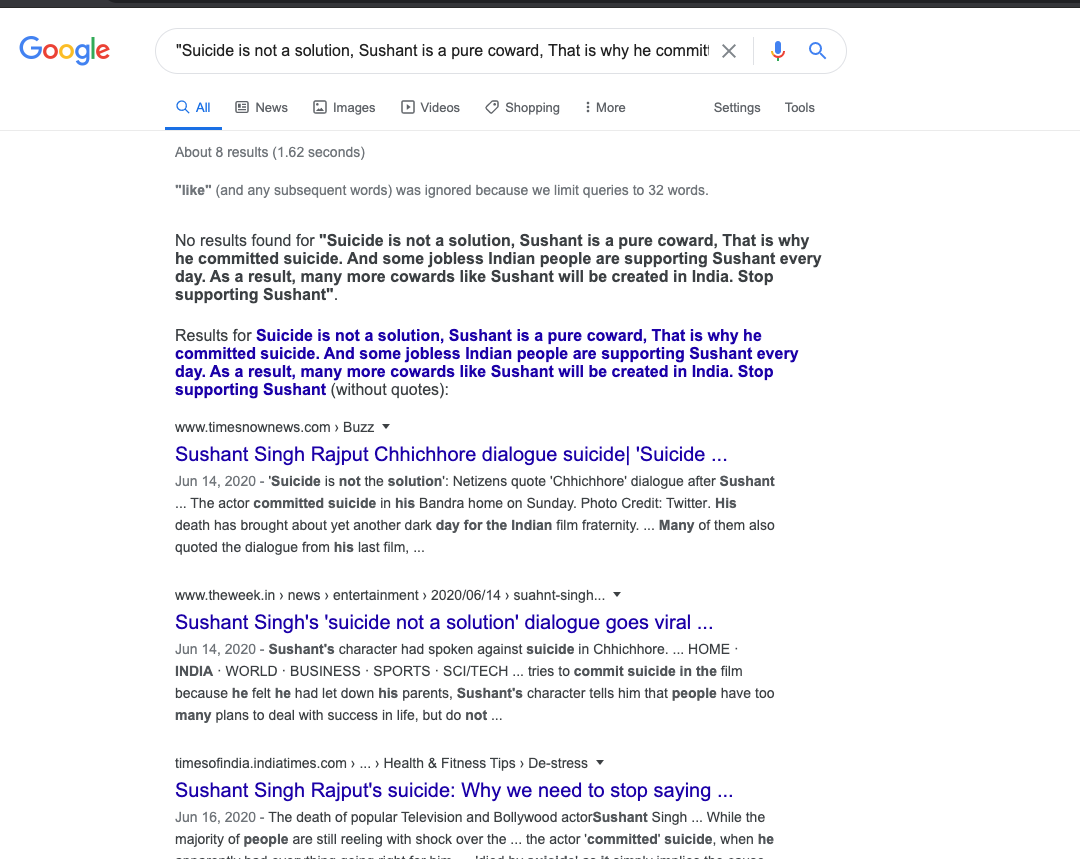 Taking our investigation further, we ran a search with keywords such as ‘Salman Khan’, ‘Sushant Singh Rajput’, ‘Coward’ etc. In the search, we did not find any authentic report/video suggesting that Salman made the above statement. 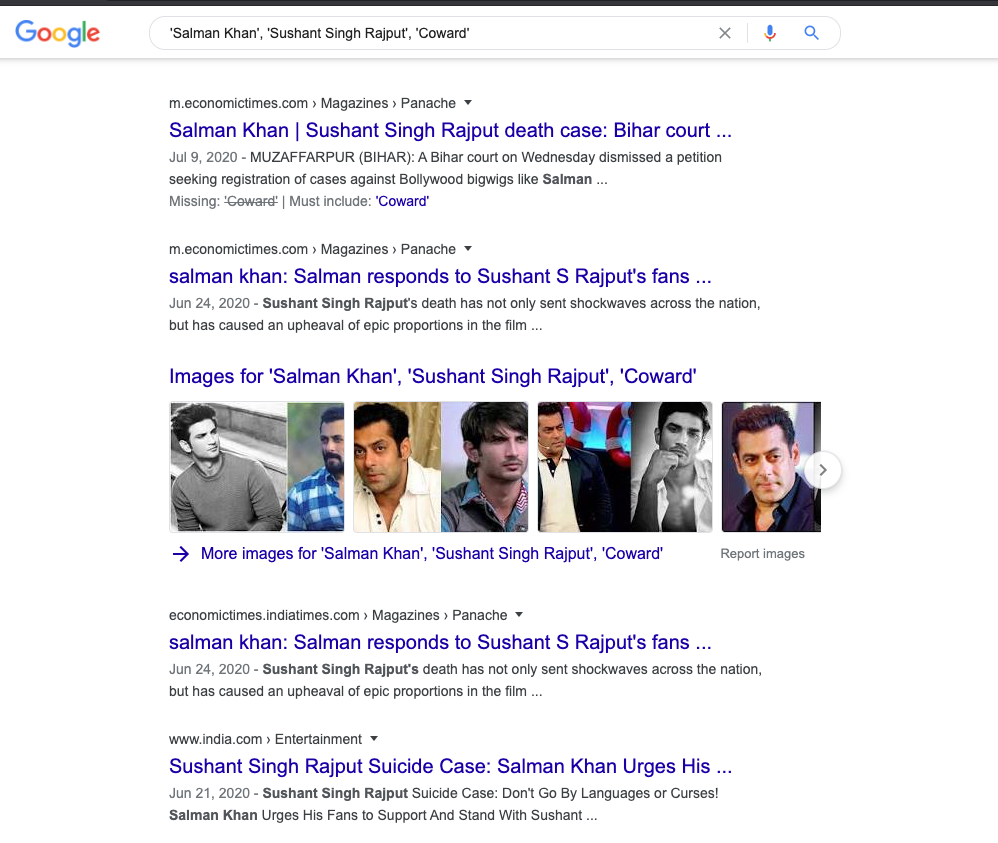 U will be missed … #RIPSushant

Also, a few days later on June 20, 2020, he had urged his fans to support and stand with Sushant Singh Rajput’s family.

A request to all my fans to stand with sushant’s fans n not to go by the language n the curses used but to go with the emotion behind it. Pls support n stand by his family n fans as the loss of a loved one is extremely painful.

In conclusion, the above information establishes that the quote in question has been falsely attributed to Salman Khan.

Fact Check: Don’t fall for this picture of a man holding a placard questioning Mumbai Police over SSR's death

Fact Check: Is Kamala Harris ineligible to serve as US President if need be? Here's the truth