Fact Check: Picture of a Chicago protest shared as riots in Norway

Following anti-Islamic riots in Norway, pictures have started doing the rounds on social media with claims that they are from the same riots. 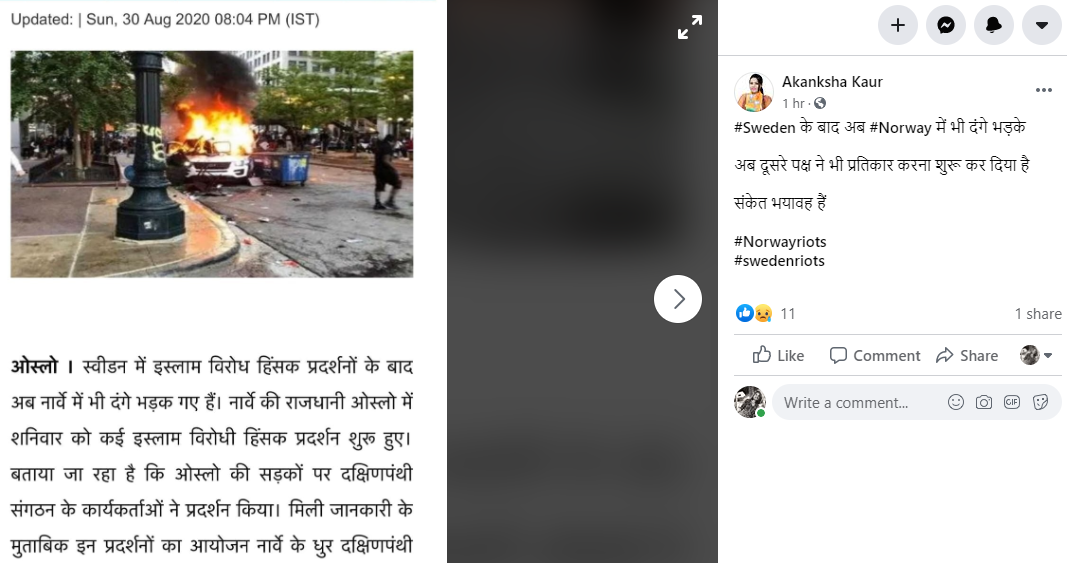 #Norway is one of the rare country of world which has the lowest crime rate but they’re crushed today. 🇳🇴 hasn’t caa, nrc, ucc, 370, rss, hindus yet they’re burning. Actually the truth is lied elsewhere 😊. You may not want to confess it but you have to accept it 🥰. #Norwayriots pic.twitter.com/xIMvtCKzHZ

NewsMobile fact-checked the post and found that the picture in circulation is old.
We ran a Reverse Image Search and found the same picture in a news report by a Chicago Media outlet dated May 31, 2020. According to the report, the picture was taken during the violent protests that took place in the USA, after the death of George Floyd. 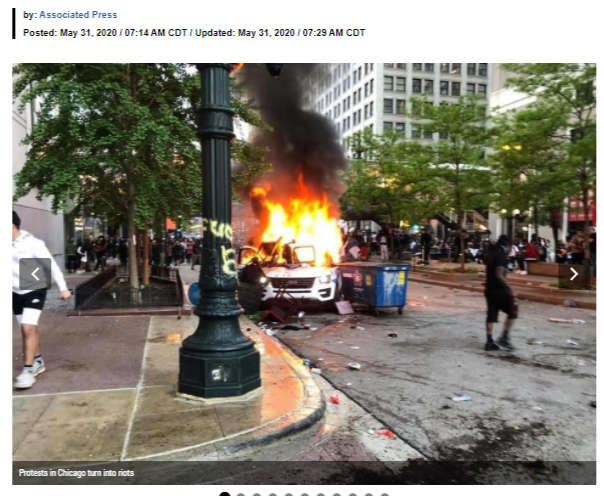 A report from Chicago Suntimes also published a picture of the incident. 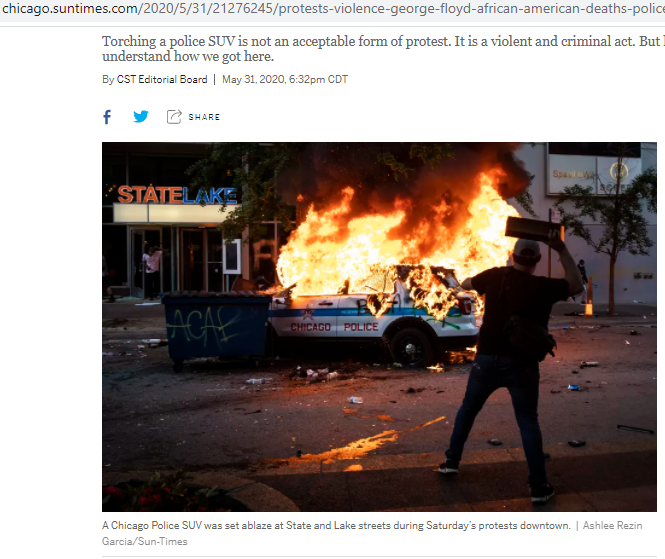 We also found the video of the same incident from a different angle.

The name ‘State Lake’ can be seen written on a building, in the picture. Taking a cue from that, we ran a search and found that it is the ‘State & Lake Chicago Tavern’. 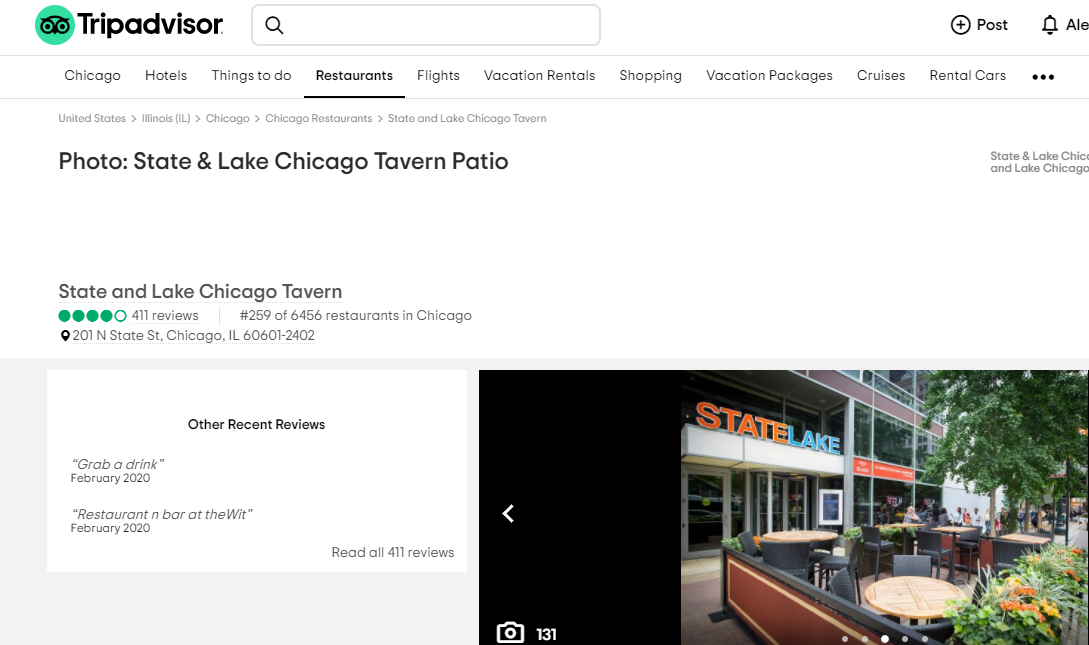 Hence, from the above fact check it is clear that the picture is from Chicago and is not related to the recent Norway riots.