A video of a group of people raising ‘Pakistan Zindabaad’ slogans has gone viral all over social media. The post claims that the video was taken recently.
The Facebook caption read, “अगर आप भी चाहते है कि इनके ऊपर देशद्रोह का मुकदमा दर्ज हो तो ज्यादा से ज्यादा वायरल करें देश को एक साजिश करके तोड़ने की कोशिश की जा रही है जो कभी कामयाब नहीं होगी”
(Translation: If you also want to file a case of sedition against them, then viral this post most. An attempt is being made to break the country by a conspiracy which will never succeed.)

Other similar posts were found here, here and here. 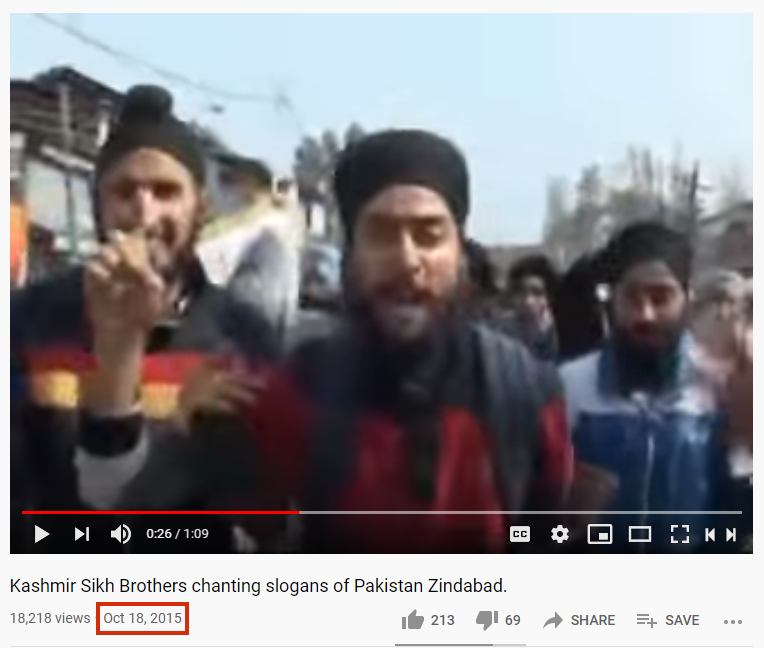 Moreover, we also found another video on YouTube by The Kashmir Plus dated October 18, 2015, claiming that Sikhs shouted ‘Kashmir banega Pakistan’ while protesting.

On digging further, we also found a news article by The Quint dated October 17, 2015, where we can see the picture of the protest. 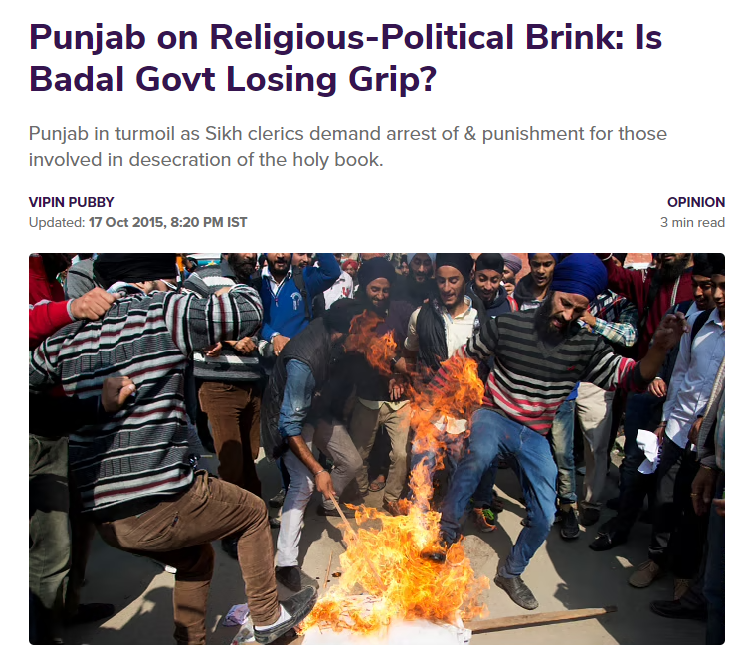 Further, we found another report by Deccan Chronicle dated October 19, 2015, claiming that pro-Khalistan and pro-Pakistan slogans were chanted at Sikhs’ protest in Baramulla.
Hence, with the help of the above information, it is clear that an old video of protest is being falsely shared as recent one. Don’t fall for old video as it is misleading for the masses.

Fact Check: No, AAP Leaders Are NOT Protesting Against Farm Laws In The Viral Video; Here’s The Truth