A video is doing the rounds on social media in which a mob can be seen protesting on the road. It is being claimed that people from a specific community are protesting in Bengal. 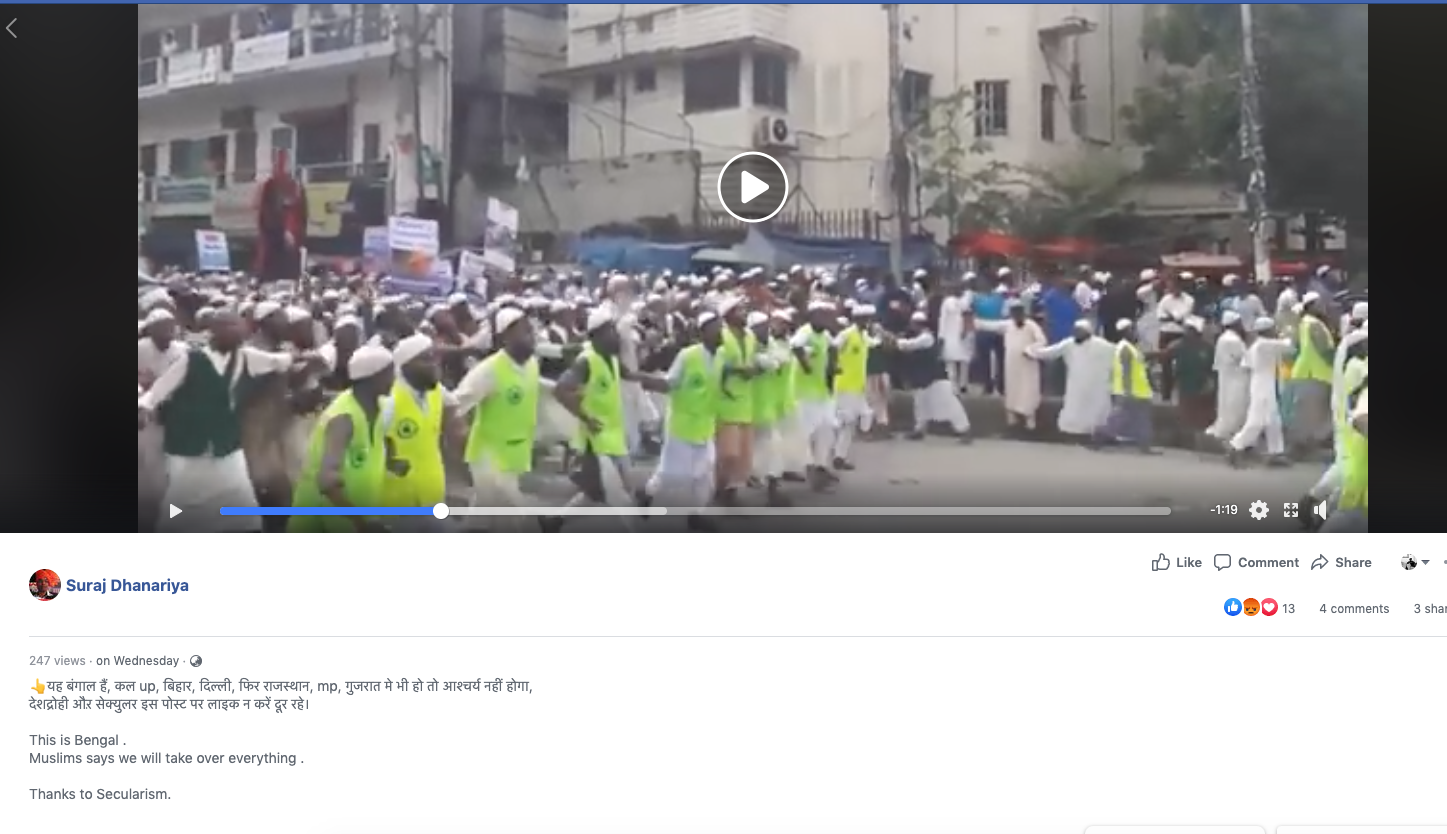 Another such post can be seen here.
The same video was posted by Pakistani-Canadian author Tarek Fatah on his official Twitter handle with the same claim. Later it was taken down. 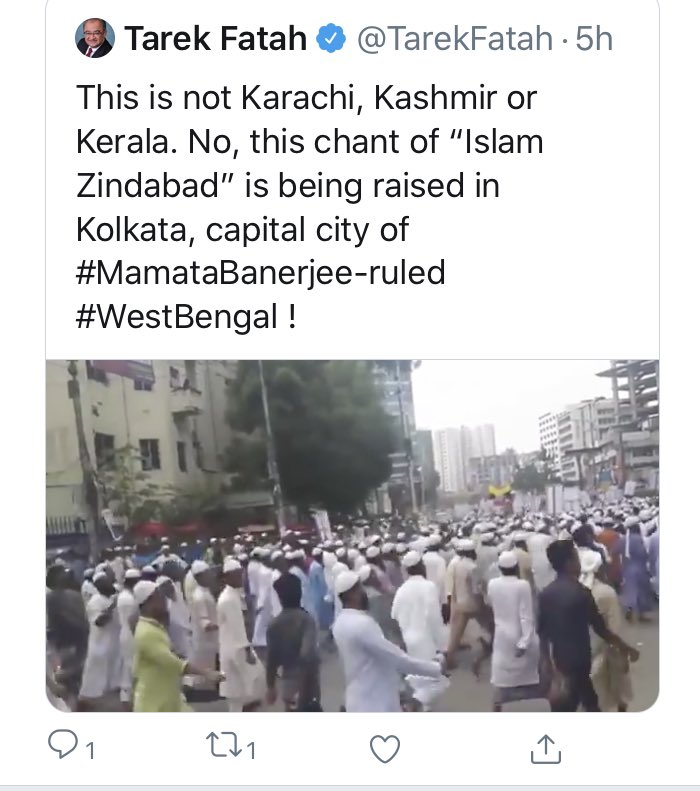 NewsMobile fact-checked the above post and found it to be misleading.
Firstly, on closely analysing the video we noticed the national flag of Bangladesh at 00:39 seconds time counter, which raised the first red flag. 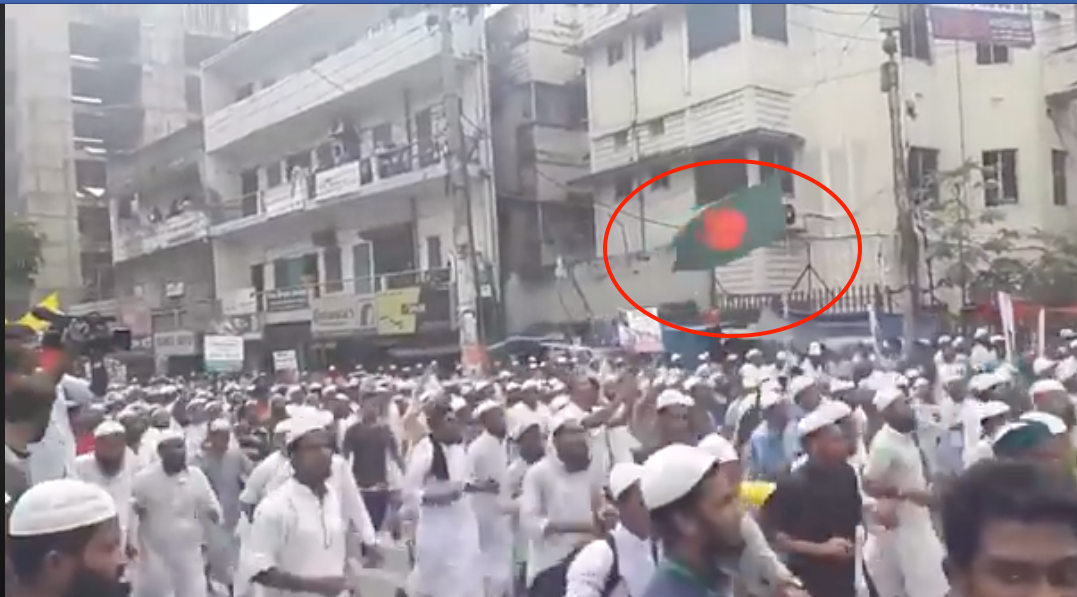 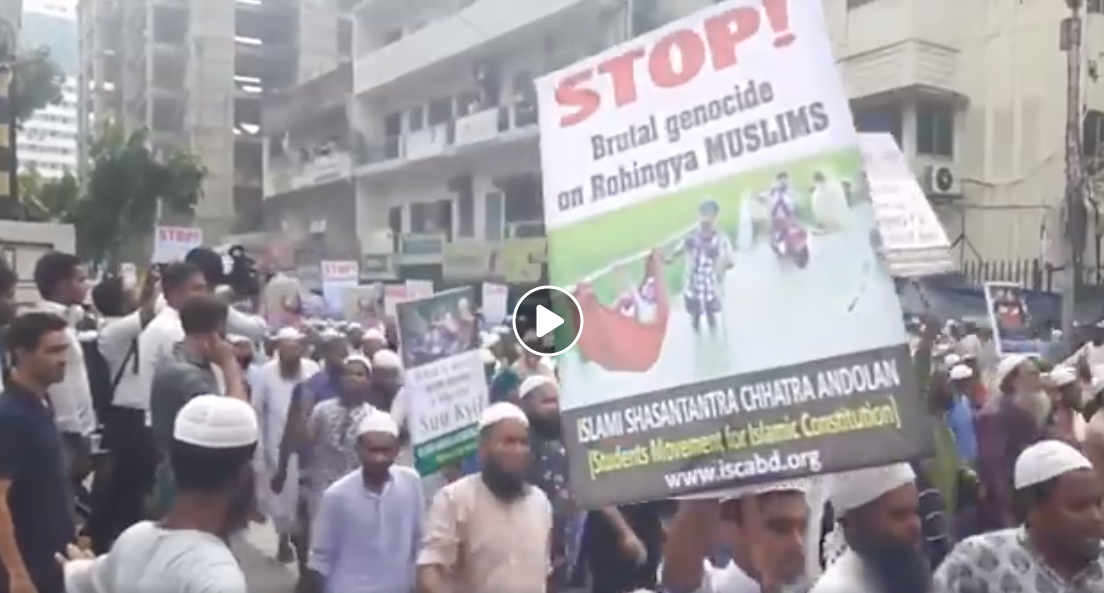 We also noticed banners about Rohingya Muslims. According to the posters, the protest march was organised by ‘Islami Shasantantra Chhatra Andolan’ which is one of the biggest Islamist political party in Bangladesh.
Moreover, the Kolkata Police clarified on their official Twitter handle that the video in question is from Bangladesh marking Tarek Fatah’s tweet as FAKE.

#FakeNewsAlert
A video clip from Bangladesh is being falsely claimed to be from Kolkata. Legal action initiated. pic.twitter.com/v5MYLICKiI

Meanwhile, Fatah acknowledged his mistake and apologised on Twitter.

Yesterday I tweeted about a protest march that I was made to believe took place in Kolkata.

It turns out I was given the wrong information. The protest march was held in Dhaka, not Kolkata.
I have therefore deleted that Tweet and would like to apologize to you for my mistake. pic.twitter.com/yERQaS7rGB
— Tarek Fatah (@TarekFatah) August 28, 2020

Hence, in conclusion, the above information proves that the video in question is NOT from Bengal and the claim attched with the post is false.