Fact Check: Old video of man brandishing sword over electricity bill being circulated as recent one 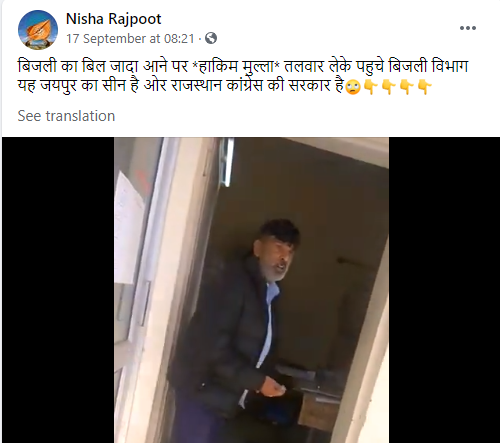 NewsMobile fact-checked the post and found the post to be old and misleading.
While scanning through Facebook for similar posts, we found that the same video was uploaded in 2018.

We also noticed that ‘Kabir Nagar’ can be seen written on the wall behind the man. 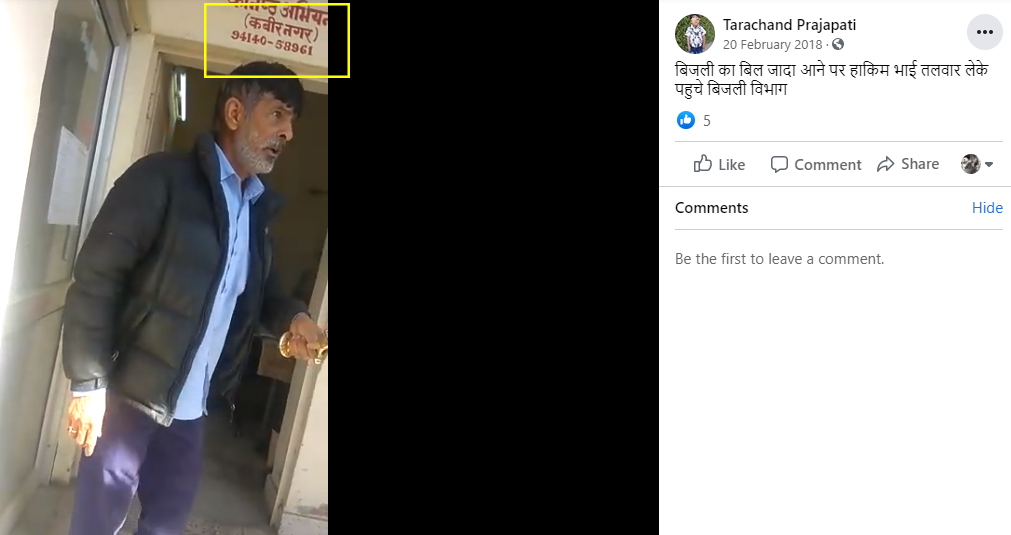 We then ran a search and found that Kabir Nagar is in Jodhpur. 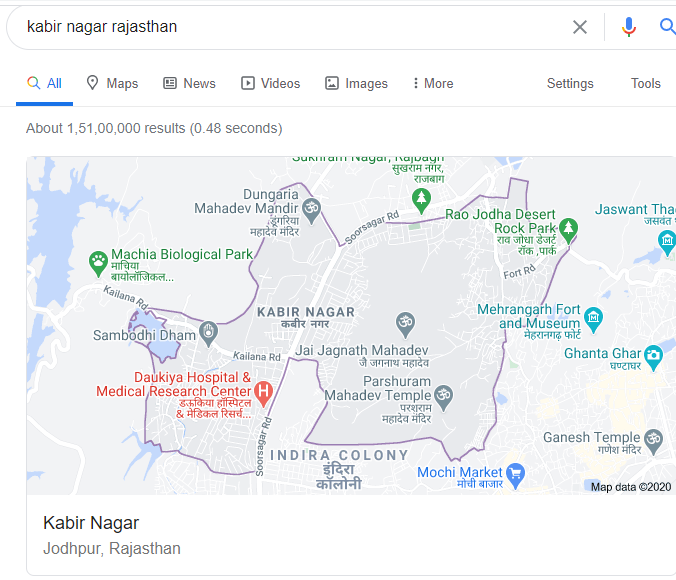 Based on the above information, we ran another keyword search and found an article by Jansatta dated February 10, 2018.
According to the article, the incident happened in Jodhpur where a man barged into the electricity department as he was angry that the department took action against him for stealing electricity. 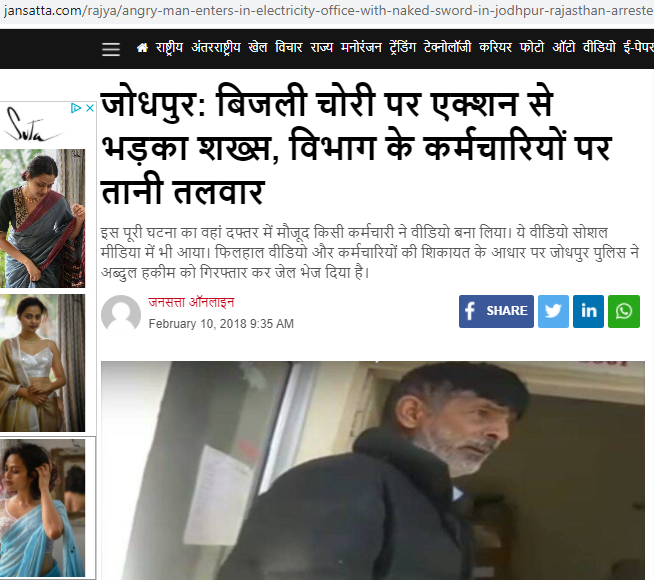 The report stated that Discom vigilance launched a campaign against electricity theft in 2017 and meters of each house were checked. Abdul Hakim ( the man in the viral post) was caught stealing electricity and the vigilance team fined the accused for power theft.
However, when the electricity bill (with added fine) reached Abdul Hakim’s house, he was miffed. Visibly upset, Hakim reached the electricity department office the next morning with a sword.
The report also states that later Hakim was arrested and a case was filed against him.
Hence, from the above information, it is clear that the post is old and misleading.

Fact Check: Is the govt offering jobs to people with smartphones this Navratri? Here's the truth