Fact Check: Old video from the US falsely shared as Indian Army transporting war tanks to the border

As tensions escalated at the India-China border following the bloodiest clash between two countries since the war, a video has surfaced on the internet in which a train can be seen transporting war tanks. It is being claimed that these tanks are being transported by the Indian Army to the Indo-China border. 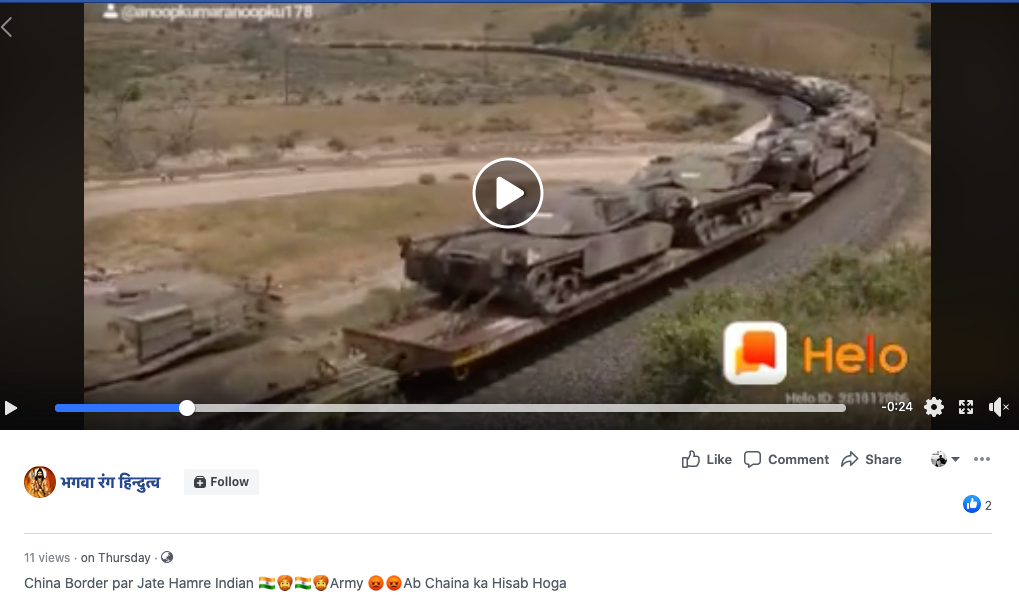 NewsMobile fact-checked the above video and found that the claim attached to the video is FAKE.
We extracted the keyframes of the video and put them through Reverse Image Search. The search results led us to the extended version of the same video on YouTube which was posted on July 16, 2017. 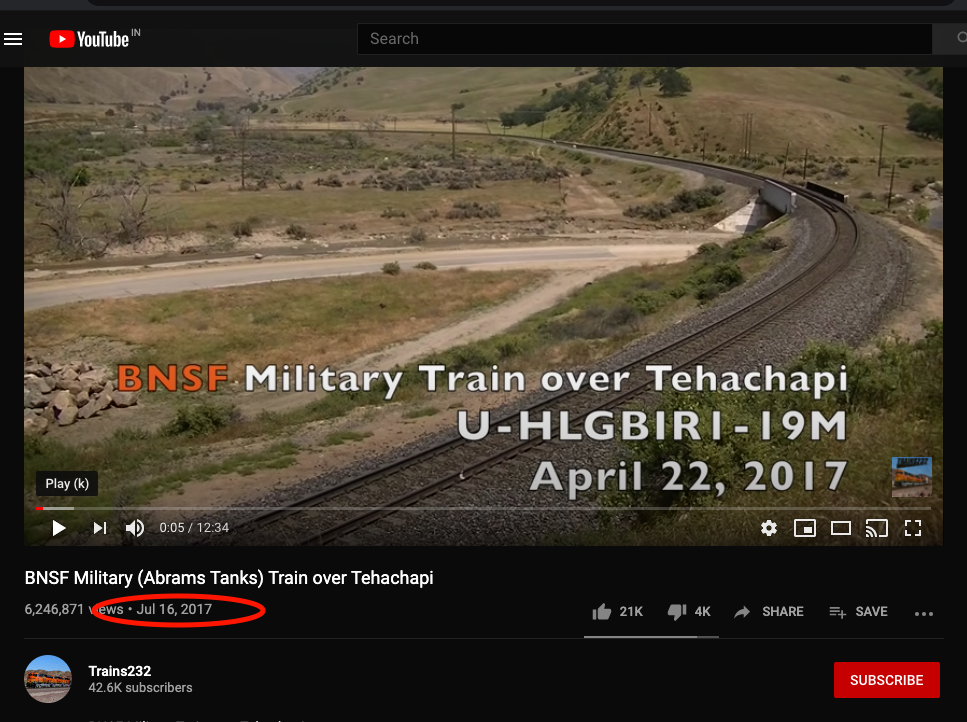 The caption of the video read: “BNSF Military (Abrams Tanks) Train over Tehachapi”

Upon searching, we found that BNSF is a part of the US Military and Tehachapi is a town in California. Moreover, at the beginning of the video, the date appears which is April 22, 2017.
In conclusion, upon putting our discoveries together, we can safely say that the video in question is OLD. It is from the United States, hence, it has no connection to the Indian Army.

Fact Check: These are not the mortal remains of soldiers who died in Ladakh during the India-China face-off

Fact Check: Is the little girl in this picture Col Santosh Babu's daughter? Here's the truth