Fact Check: Old pictures of bomb blasts in Pakistan shared as recent ones 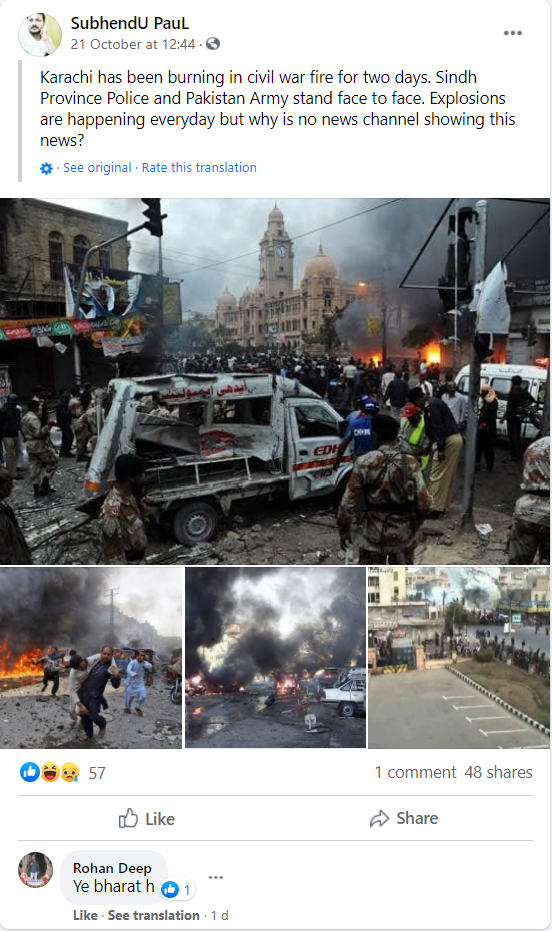 NewsMobile fact-checked the above post and found it to be misleading.
PICTURE 1
On putting the picture through Google Reverse Image Search, we found the same picture in a news article by CNN dated December 29, 2009, claiming that this picture is of a suicide bombing in Pakistan’s financial capital, Karachi. According to the article, the blast took place where thousands of Shiite devotees were commemorating Ashura.
Picture description read, “Security officials inspect the blast site in Karachi.” 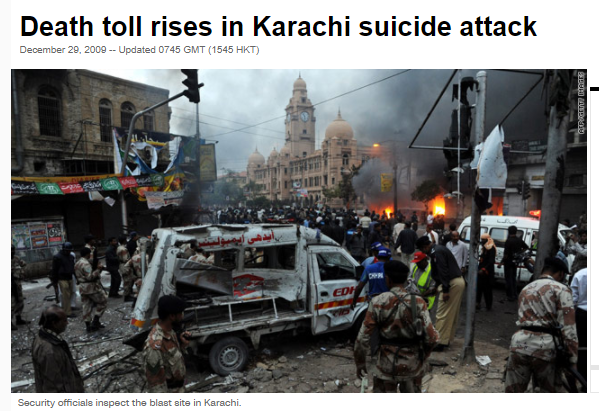 PICTURE 2
Further, on running the second picture through Google Reverse Image Search, we found the picture in another news article in Indiatimes dated September 30, 2013, claiming that the picture is of a bomb blast in Pakistan. According to the article, the blast ripped through the historic Qissa Khawani Bazaar near Khan Raziq police station in the provincial capital of Khyber Pakhtunkhwa, one of the four provinces of Pakistan, located in the northwestern region of the country along the International border with Afghanistan. 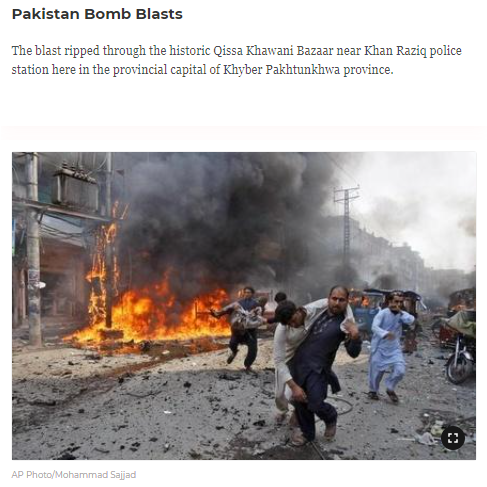 PICTURE 3
Moreover, we found the third picture in another news article in China Daily claiming that this is the picture of a bomb blast from the year 2006. The article claimed that the bomb ripped through vehicles in the parking lot of the Marriott Hotel in Karachi, that is about 20 yards from the consulate gate. 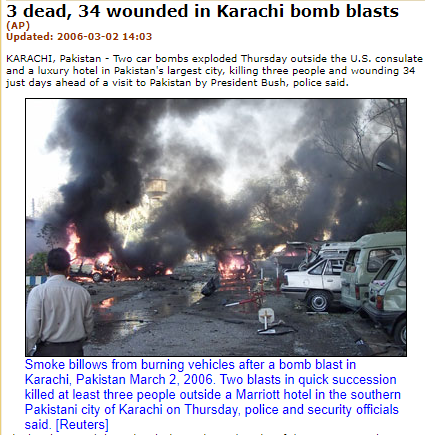 PICTURE 4
Moreover, another viral picture was found in a news article on SAMAA TV claiming that this picture is from the Karachi blast that happened on December 28, 2009.
Picture description read, “The plan regarding the bombing in a mourning procession on December 28, 2009, was prepared at an office of a political party, a team of investigators was told.” 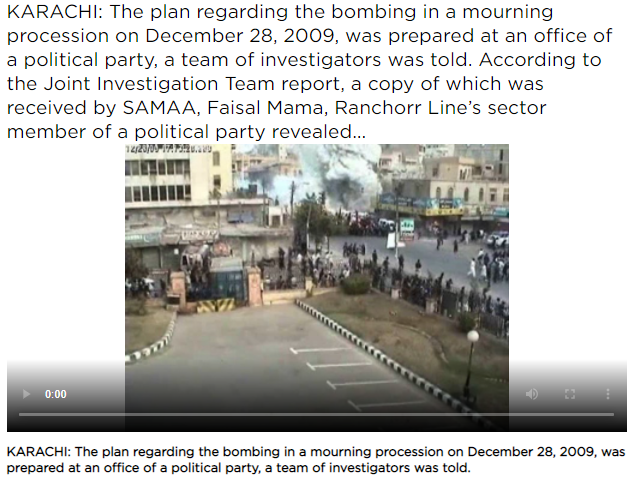 Hence, with the help of the above information, it is clear that old pictures of bomb blasts that took place in Karachi, at different points of time and years, are being shared as recent ones. Don’t fall for old and misleading content.

Fact Check: Was this woman arrested in Singapore for not wearing a mask? Here's the truth

Fact Check: Did WHO doctors say that social distancing and isolation is not required for COVID-19? Here's the truth