A picture of a vandalised room is being shared on social media with a claim that the picture is of a Ramleela stage in Punjab, India.
In the picture, we can see broken, smashed items including picture frames of Hindu deities.
“The Ram Leela in Pathankot, Punjab was stopped and the pandal was demolished, and the people chanted slogans of Congress Murdabad, threatening serious consequences if it was resumed,” the Google translation of the post read. 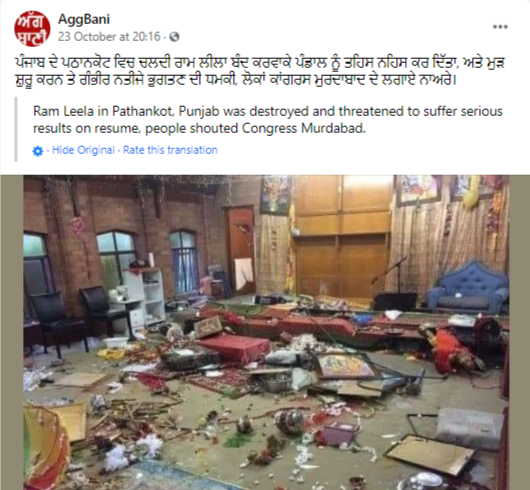 NewsMobile fact-checked the post and found the claim to be misleading.
A simple Reverse Image Search on the picture led us to an article from 2018 featuring the same image.  According to the article, the picture is from a ‘Bharatiya Mandir’ at Regents Park in western Sydney. 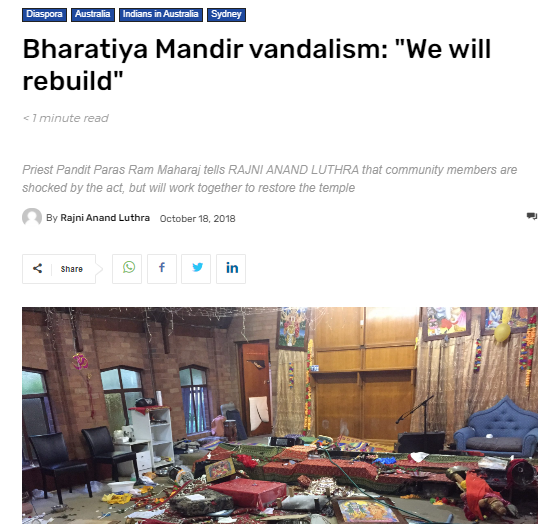 The same incident was also reported in Daily Mail in October 2018. 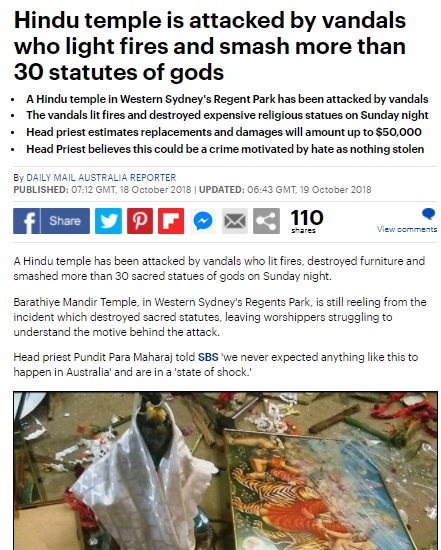 Pictures of the same incident were also uploaded by the Facebook page of Bhartiye Mandir Sydney on October 18, 2018.

We then ran a keyword search to verify the authenticity of the claim and found an article in Jagran dated Oct 23, 2020. According to the report, a few mischievous elements created a ruckus during Ramleela play in village Kothe Manwal in Punjab. The report also stated that they beat up the artists and also tore posters and banners.
It was also mentioned that the DSP also reached the location and assured the people that strict action will be taken against the miscreants. But it is no where linked to a temple. Also the images i the claim are from Sydney, Australia.
Hence, from the above information, it is clear that the post in circulation is misleading.

Fact Check: Old video of BSP bike rally in Jhansi shared as recent one from Bihar