Fact Check: No, this picture of woman wearing barbed wires is NOT from India

NewsMobile fact-checked the above post and found it to be misleading.
On putting the picture through Google Reverse Image Search, we found the same picture on a blog page ARTFARMSRILANKA dated April 6, 2015, claiming that the picture is of the traditional formal dress made of sheets metal and barbed wires. 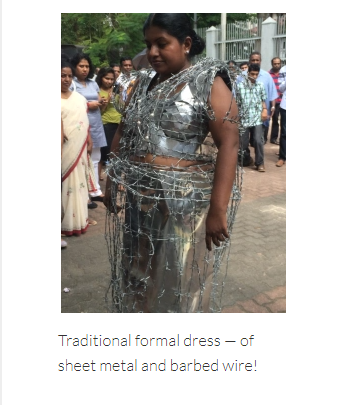 On digging further, we found a similar picture of the dress on Roar Media, dated October 21, 2016, claiming that this picture is of Sri Lankan performance artist Janani Cooray. 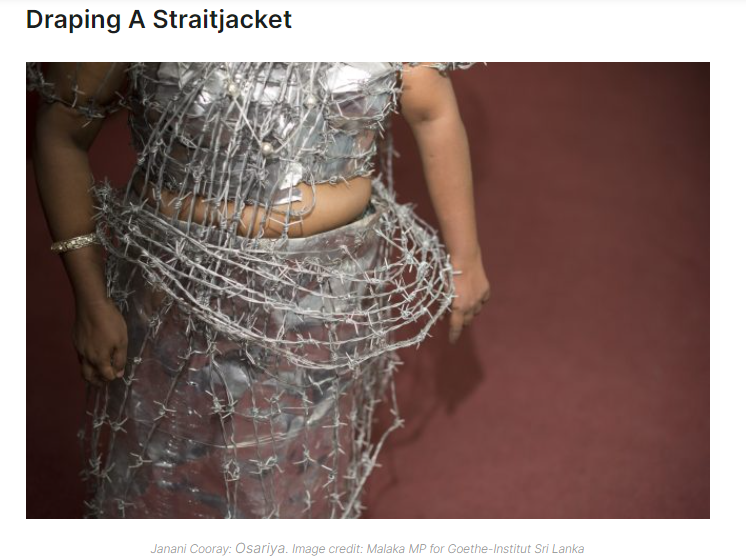 Moreover, we also found a video of the same woman on YouTube dated February 13, 2020, claiming that this is from Sri Lanka.

With the help of keywords search, we found the original source of the picture on a website and found that the woman in the picture is Janani Cooray, a multi-skilled artist from Colombo who is one of the first performance artists in Sri Lanka having graduated from University of Visual and Performing Arts. 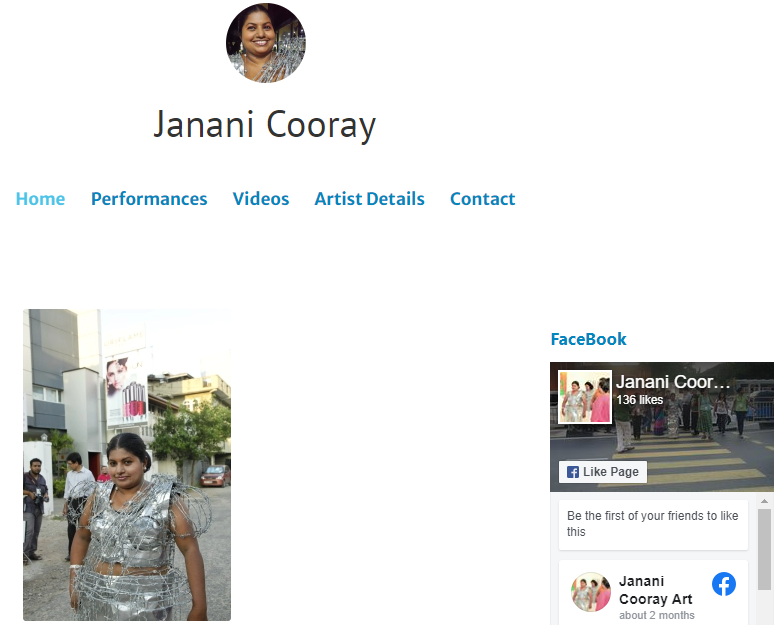 Also, we found the original video of the woman on YouTube claiming that the video is from Sri Lanka from 2015.
YouTube read, ” ‘Osariya’ Theertha performance platform, Colombo, Sri Lanka. 2015′

Moreover, we found the Facebook Page of Janani Cooray and found similar pictures of her wearing a barbed wire dress from different angles.

Hence, with the help of the above information, it is clear that the picture of the woman wearing barbed wires is not from India. Truth is that this is a 2015 picture from Colombo in Sri Lanka.