Fact Check: No, BJP leaders are not being beaten up in Bihar

A video of a group  people fighting against each other is being circulated on social media with a claim that BJP leaders are being beaten up in Bihar.
“बिहार में भाजपा नेता कूटे गए!!! किया आप भी यही चाहते है ????” the post claimed.
(Translation: BJP leaders were beaten in Bihar!!! Do you also want the same????) 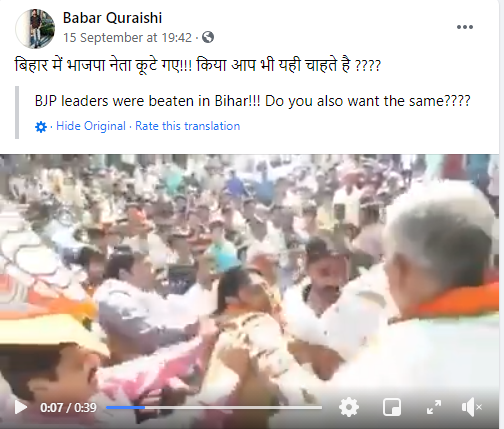 Here’s the link to the above post. Another post can be seen here.
FACT CHECK
NewsMobile fact-checked the post and found it to be old and misleading.
We noticed the BJP flag in the video and ran a keyword search using ‘BJP leader thrashed’ but the research didn’t yield much.
Then, we extracted the video keyframes using InVID tool. We put those keyframes through Google Reverse Image Search along with keywords.
The search led us to a report by India Today dated April 12, 2019. The report contained a tweet by ANI dated April 12, 2019, featuring the same video.
“Two groups of BJP workers clash in Ajmer rally” the title of the report read. According to the article, two groups of the BJP workers clashed during an election rally in Masuda in Rajasthan’s Ajmer district on April 11, 2019, in the run up to the Lok Sabha elections. 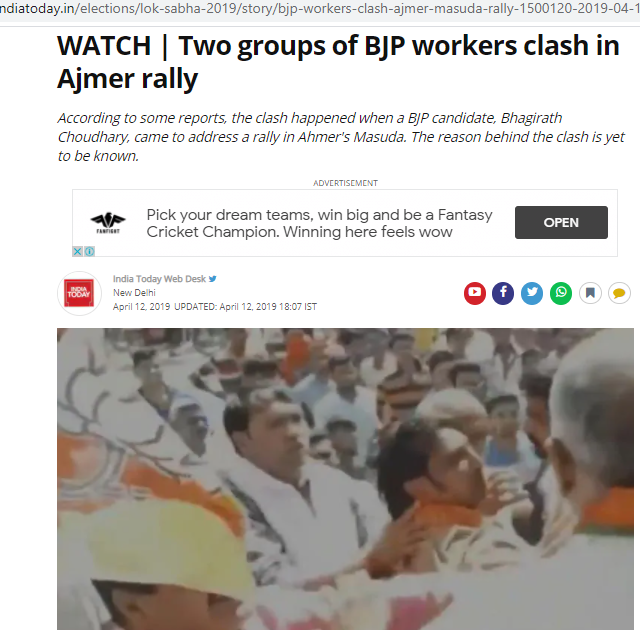 We found the same report on the website of Zee News, Business Standard and Punjab Kesari.

Hence, from the above information, we gathered that the video is from Rajasthan and not Bihar. Also, the post is misleading as the video is of a clash between two BJP groups only and not of BJP leaders being beaten.

Fact Check: Don't fall for this old picture, it has nothing to do with recent farmers' agitation