A video of fish in a flooded house is being circulated on social media claiming that the video is from recent Hyderabad floods.
The Facebook post read, “Hyderabad flood effects!”

Also, a similar post was found on YouTube claiming that the video is of recent Hyderabad floods.

The same video was found on Twitter as well.

NewsMobile fact-checked the above post and found it to be misleading.
We got our first clue when we looked at the comment which claimed that the video is an old one.

With the help of keyword search, we found the same video on YouTube, uploaded by Telugu Alerts on August 22, 2020, claiming that the viral video is from Warangal where the fish were seen entering the house.

Moreover, another local news report of fishes floating in the home was found on Telugu 99 News dated August 26, 2020, claiming that fish entered the house along with the floodwater in Vaddepalli, Warangal.
Further, we also a news report by Samayam Telugu dated August 25, 2020, claiming that the fish were found swimming inside the waterlogged house due to floods in Warangal.

Other media organizations including The New Indian Express, The Times of India and India Today meanwhile also reported that heavy rainfall led to floods in Warangal in August 2020.
We also checked on Google maps and found that the distance between Hyderabad and Warangal is approx 145 km. 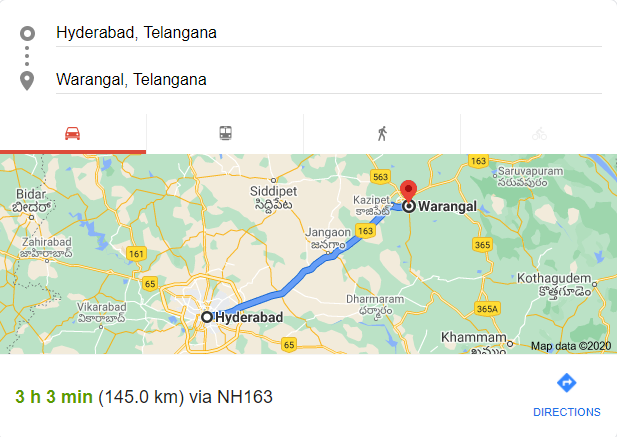 In conclusion, we can say that the video is being circulated with a misleading claim as it is not from Hyderabad but from Warangal and was filmed in August 2020.