Fact Check: In the aftermath of Cyclone Nivar, accident video from Pak, falsely claimed to be from Chennai

Cyclone Nivar intensified into a very severe cyclonic storm in southern India. Tamil Nadu and parts of Puducherry coasts faced severe weather conditions with heavy rains and wind speed going up to 140 km/hr even.
Amid this, a horrifying video of a storm has gone viral all over social media claiming to be from Poonamallee Highway in Chennai.
The Facebook caption read, “Poonamallee Highway road Chennai”

NewsMobile fact-checked the above post and found it to be false and misleading.
With the help of keyword search, we found an article in The Express Tribune dated August 7, 2020, claiming that this horrific accident took place in Karachi, Pakistan. According to the news article, “Footage of the incident went viral on social media, showing the billboard being blown down on traffic by strong winds, hitting two motorcyclists on the road. Both motorcyclists fell off their vehicles onto the road, while others rushed to their aid.” 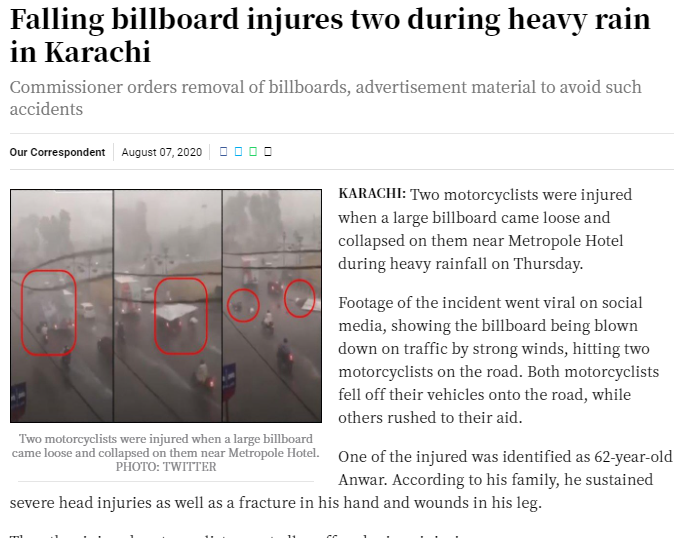 Moreover, we also found the same video in another news article on SAMAA dated August 7, 2020, claiming that after two motorcyclists were injured by the billboard, Supreme Court ordered the removal of billboards across the city. 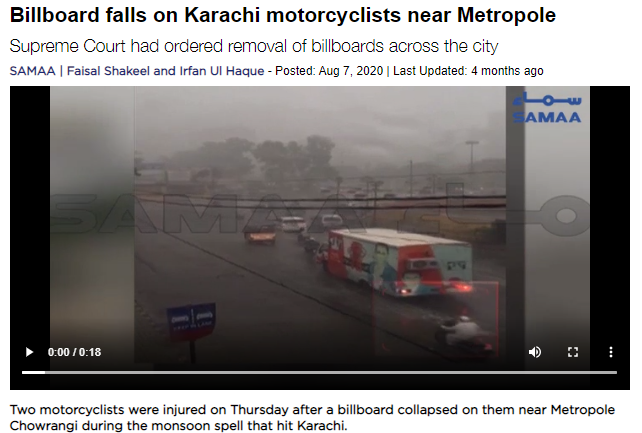 The viral video of the billboard falling on the biker reported to be from Karachi, was also found here, here, here, here, here and here.
Earlier, NewsMobile had done a similar fact-check which can be seen here.
Hence, the social media post in question is misleading ad has been falsely linked to the  Cyclone Nivar, which battered Tamil Nadu and adjoining areas.

Fact Check: Was President-elect Joe Biden partying with his friends without mask? Here's the truth

Fact Check: No, PM Modi is NOT performing yoga in this old black & white video; Here's the truth