A picture of Defence Minister Rajnath Singh is doing rounds on social media in which he can be seen writing “चौकिदार चोर है” (The watchman is a thief) on an aircraft. The photograph has news agency ANI logo embedded in it.

ALSO READ: Was Burj Khalifa lit up with the Israeli Flag?…

NewsMobile fact checked the above picture and found it to be FAKE.
On putting the picture through Reverse Image Search and adding a few keywords such as ‘Defence Minister’, ‘Rajnath Singh’, ‘Plane’, ‘ANI’, we found the original picture in a report by The Asian Age dated October 08, 2019. 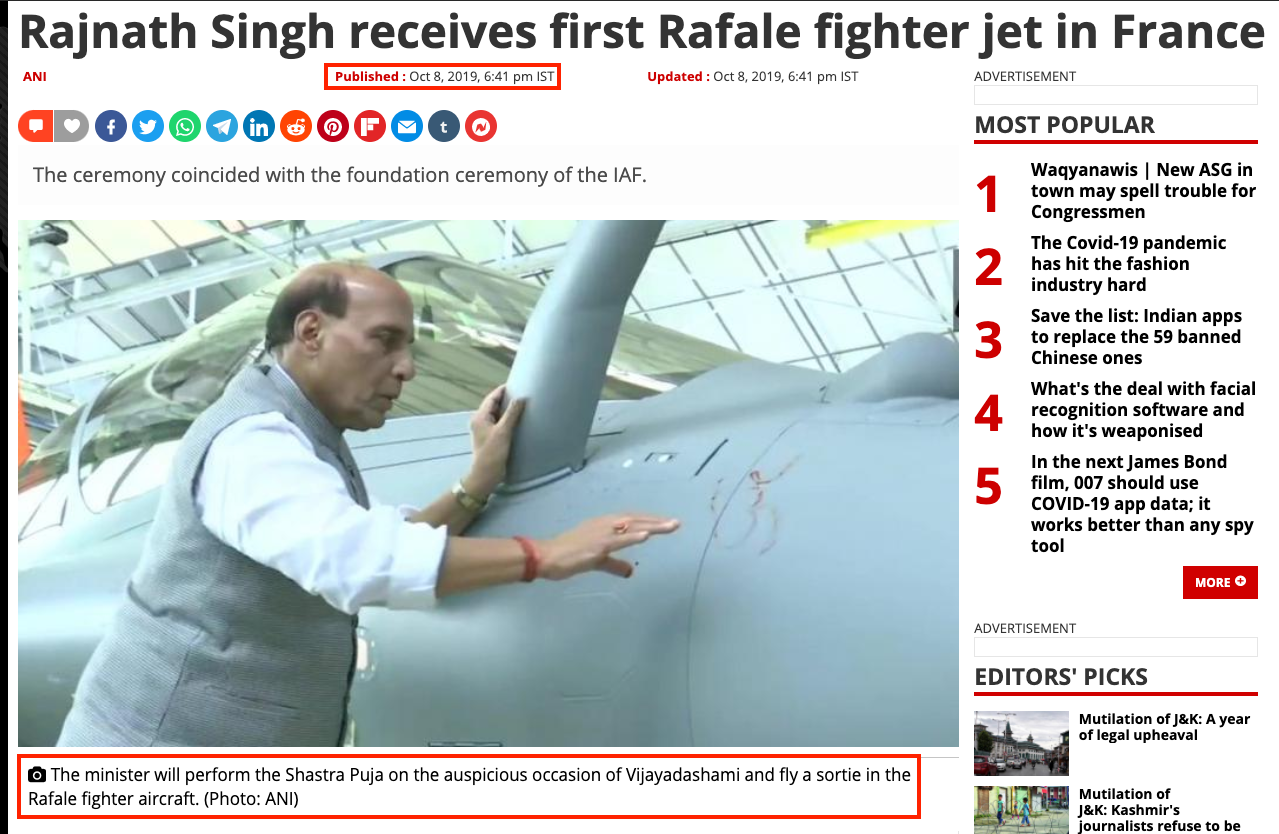 The picture was taken when Rajnath Singh received the first Rafale jet in France and had performed ‘Shastra Puja’ on occasion of Vijayadashami.
On digging further, with the help of Twitter advance search we found the picture originally tweeted by news wire ANI on October 8, 2019. 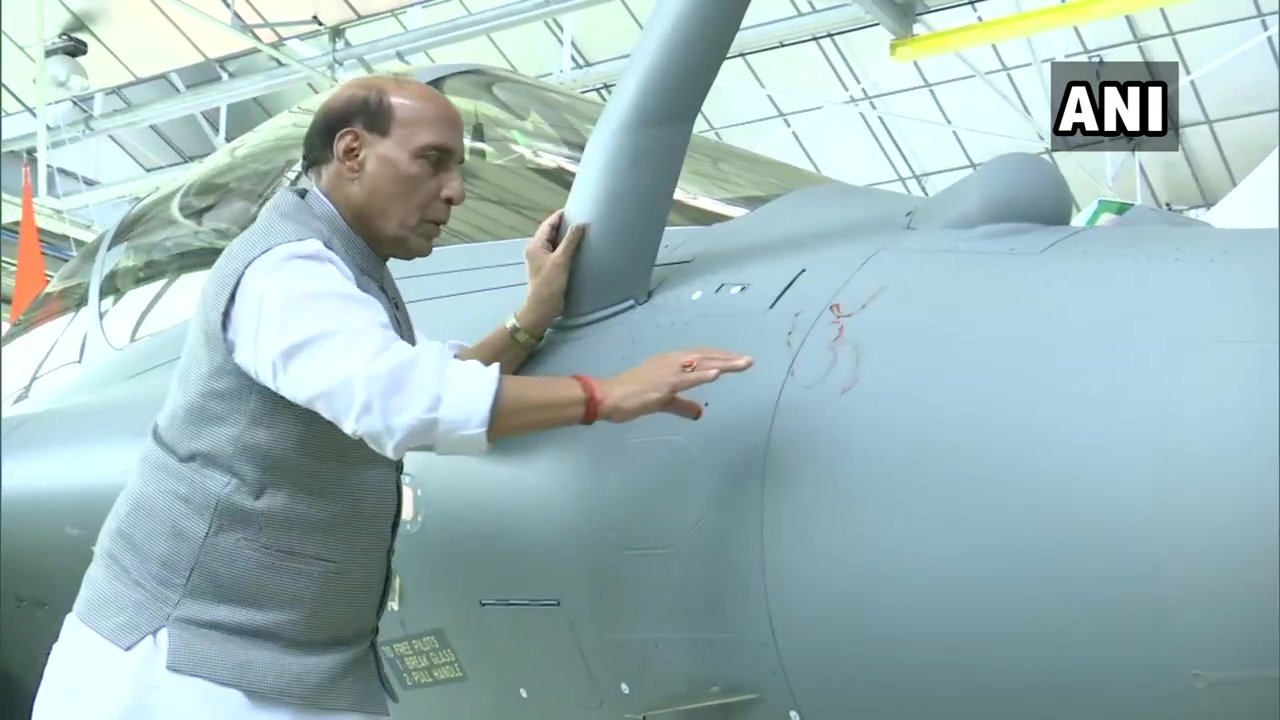 On looking closely, we can notice that Rajnath had actually written ‘ॐ’ (Om) on the Rafale jet.

In the above FAKE vs REAL collage, it is clear that the original picture was manipulated using photo editing software.
In conclusion, the above information proves that the picture in question is FAKE.