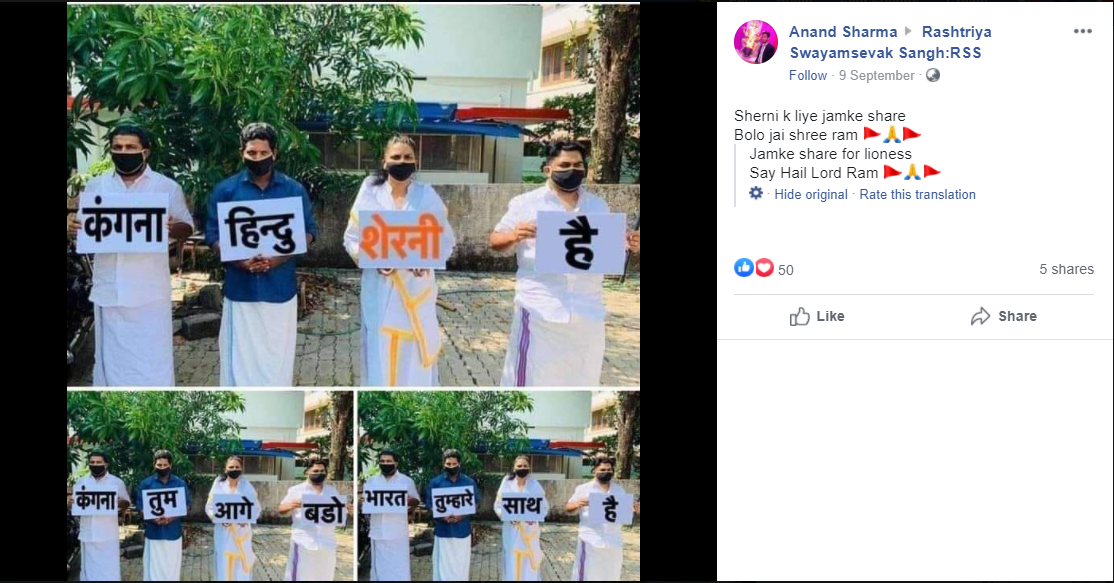 A similar photo of Kangana’s public supporters was seen on Twitter as well.

Other similar posts can be seen here, here and here.

NewsMobile fact-checked the above post and found it to be morphed and misleading.
We cropped the first picture and put it through Google Reverse Image Search. We found the original picture on Twitter dated April 23, 2020, with placard read, ‘ARREST ANTI INDIA ARNAB.’

Further, we also found this picture in a news article by Qaumiaawaz.com dated April 22, 2020, claiming that #ArrestAntiIndiaArnab was a ‘Top trend’ on Twitter. 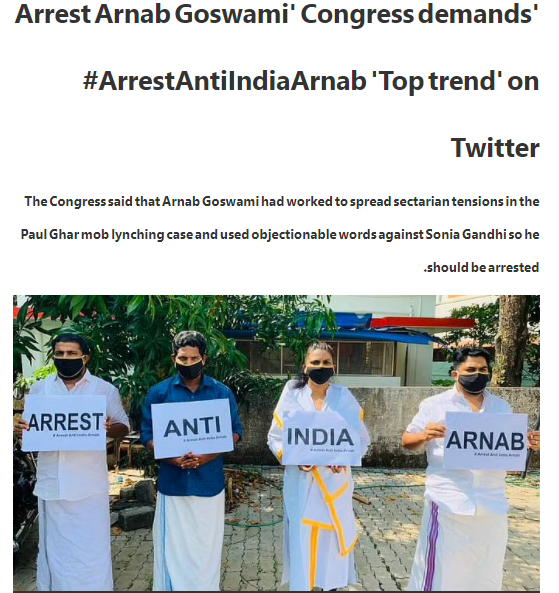 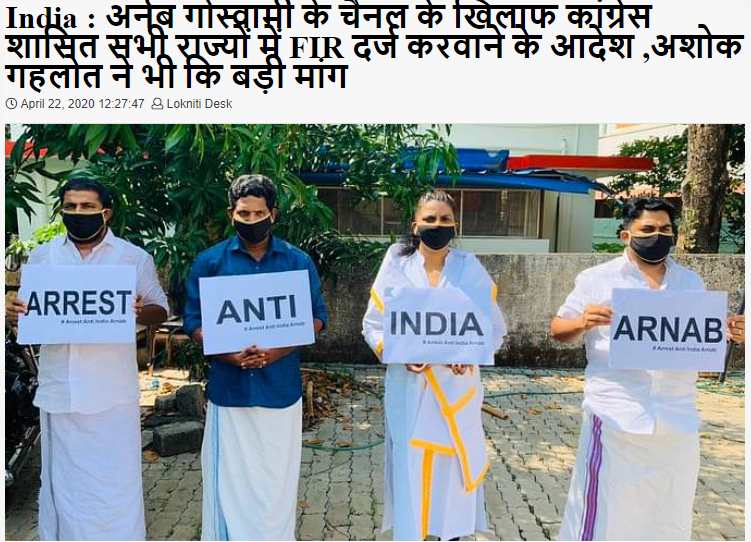 We also found the original picture on several other websites like Navjivan India, The Aajkal and Dool News.
With the help of Real vs Fake collage, we can clearly see that the picture on social media is photoshopped. 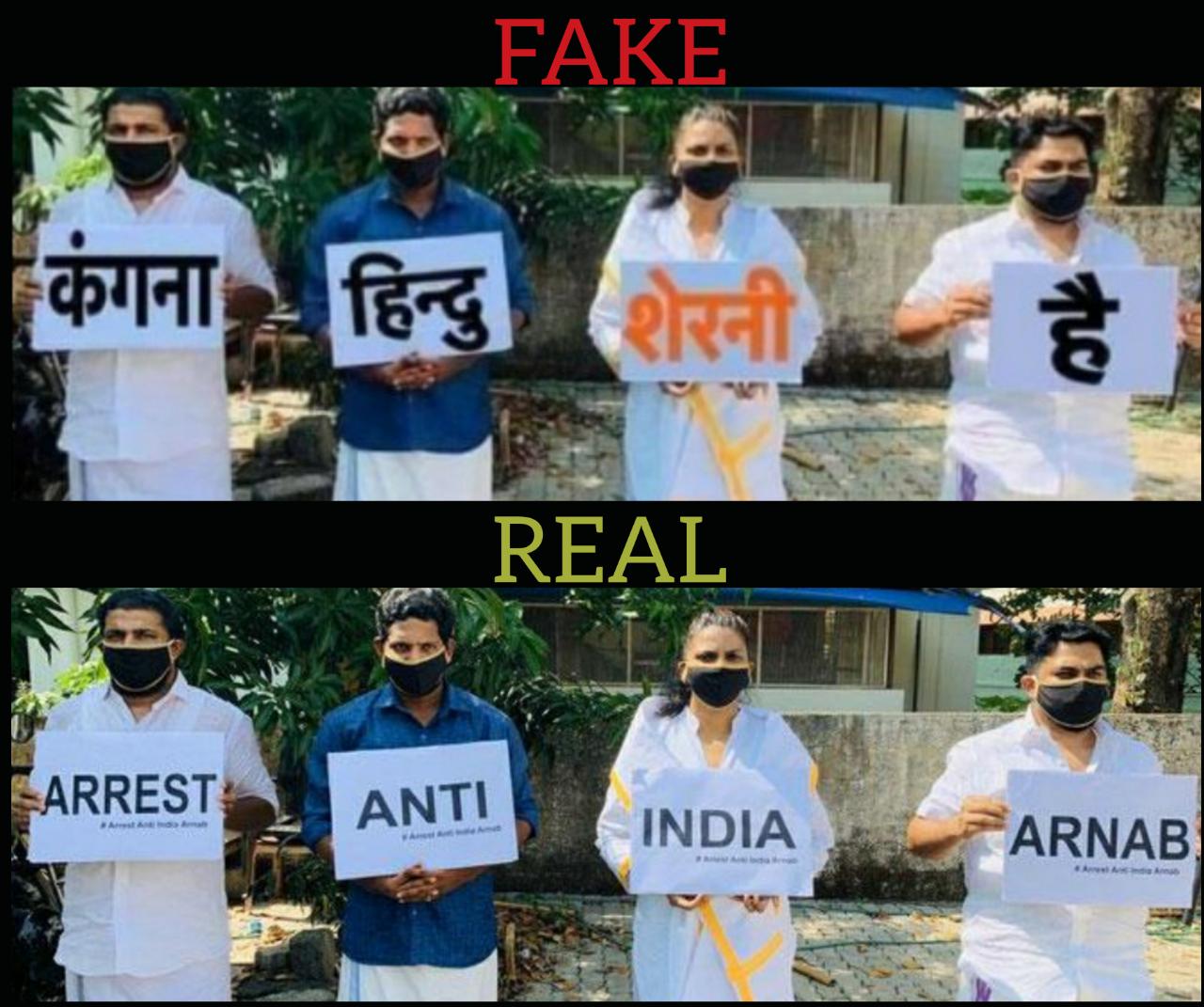 In conclusion, with the help of the above information, we can say that the picture in which people holding placards are not Kangana Ranaut’s supporters as the picture is altered. Don’t fall for misleading content.