Fact Check: Don't fall for this fake news that a huge rock will hit the earth's surface soon

A post claiming that NASA has confirmed that a huge rock will hit the surface of the earth on October 7, 2020, is doing the rounds on social media.
The picture caption read, “NASA confirms huge rocks soaring near earth at unimaginable speed and will hit earth’s surface on 7th October 2020.!”
The Facebook post read, “**Huge Rock approaching Earth, confirmed by NASA**” 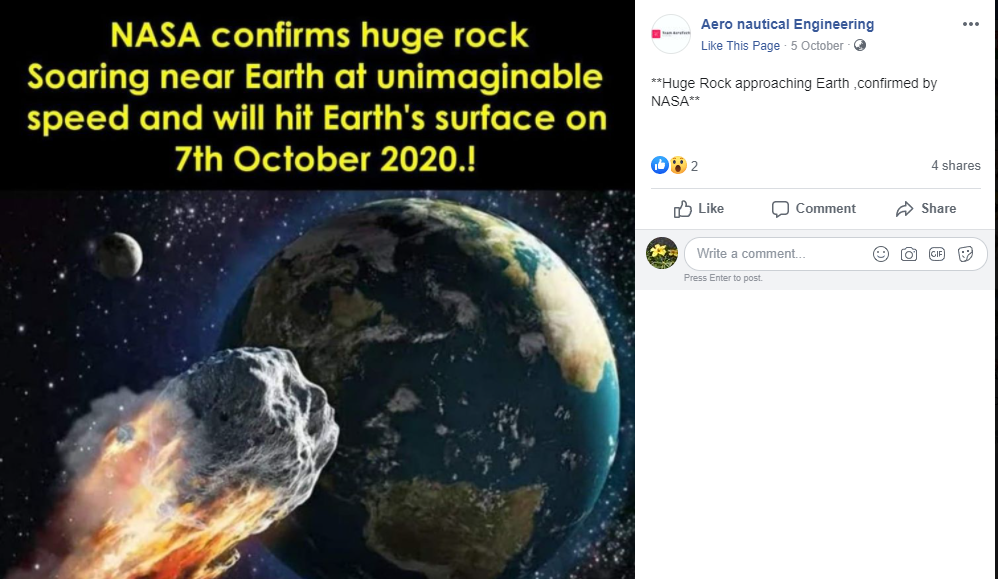 Other similar posts can be seen here, here, here and here.

NewsMobile fact-checked the above post and found it to be misleading.
With the help of keyword search, we first found an article on NDTV dated October 6, 2020, claiming that an asteroid is likely to cross the Earth’s orbit but it will be about 2,380,000 miles away from earth.  NASA’s asteroid monitoring centre stated that 2020 RK2 is the asteroid that will cross the Earth’s orbit. 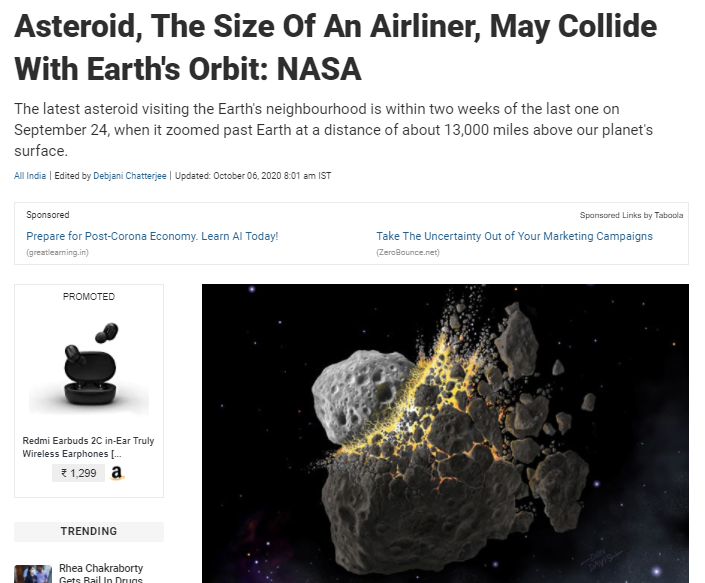 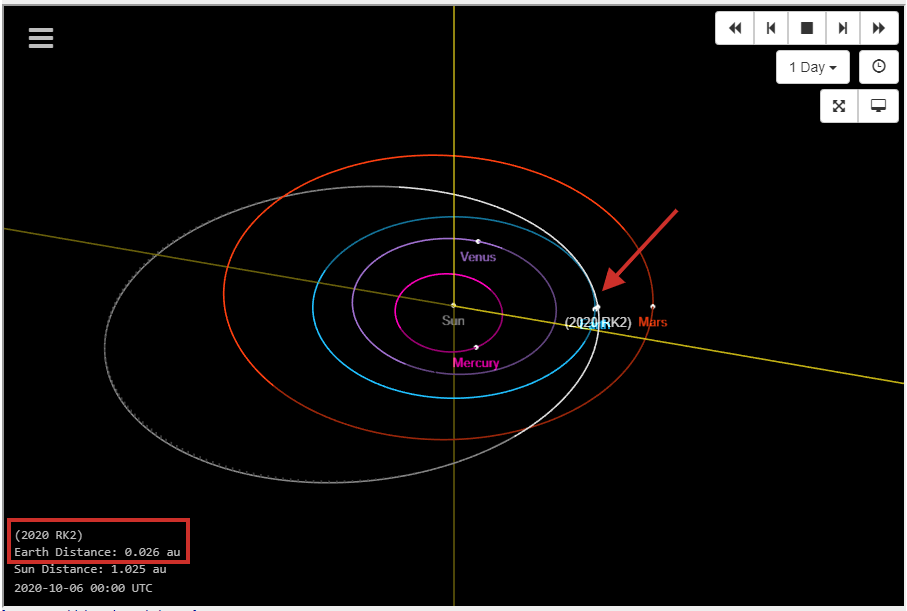 Moreover as per NASA no known asteroid could pose a significant risk of impact with the Earth over the next century. The highest risk of impact for a known asteroid is a 1 in 714 chance of impact by an asteroid designated 2009 FD in 2185, meaning that the possibility that it could impact then is less than 0.2 per cent, as per Wikipedia.
Hence, with the help of the above information it is clear that the claim made in the social media post is false and the truth is that no asteroid is hitting the earth’s surface.

Fact Check: Woman being assaulted by cop in viral video is NOT Hathras victim's mother

Fact Check: IAF Sukhoi fighter jet has NOT been shot down in Tibet; don't fall for fake claims