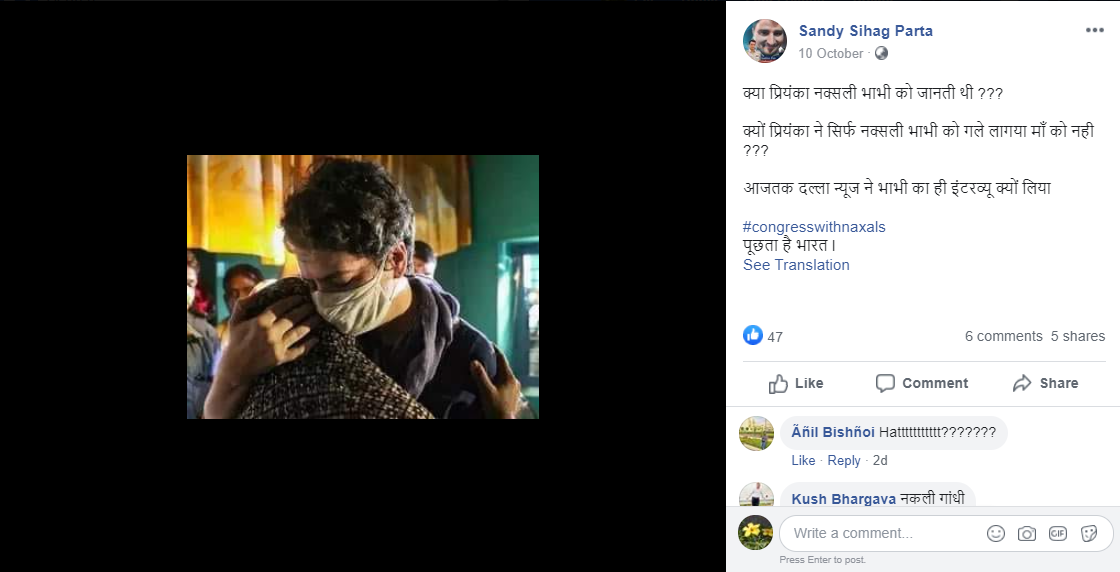 Other similar posts can be seen here, here, here and here.

NewsMobile fact-checked the above post and found it to be false and misleading.
Firstly, we checked what social media users meant by the term ‘Naxalite Bhabhi’.

Who is ‘Naxalite Bhabhi’?

According to an article in The Times of India, Rajkumari Bansal, a doctor from Jabalpur had gone to Hathras to express her solidarity with the victim’s family and stayed there for two days. And people there branded her as ‘Naxalite’ and started using hashtag #NaxaliteBhabhi because she spoke to the Left delegation at victim’s house. 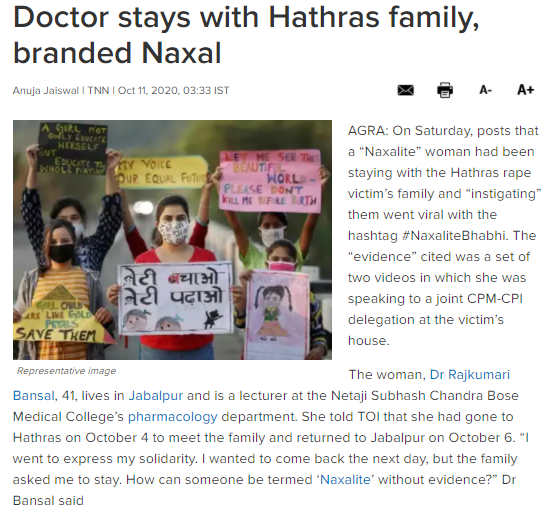 Moreover, we found out that India Today also tracked down the ‘mysterious’ woman and put out a tweet.

These collectively led us to the conclusion that in the lady being referred to as “Naxalite Bhabhi” in social media posts was actually doctor Rajkumari Bansal and it was being circulated that Priyanka Gandhi Vadra had hugged her when she visited Hathras.
We then checked the veracity of the claim. On putting the picture through Google Reverse Image Search, we found the same picture in a news article on The Economic Times dated October 4, 2020, with the picture description saying that Congress leader Priyanka Gandhi Vadra offered condolences to the family members of Hathras victim. 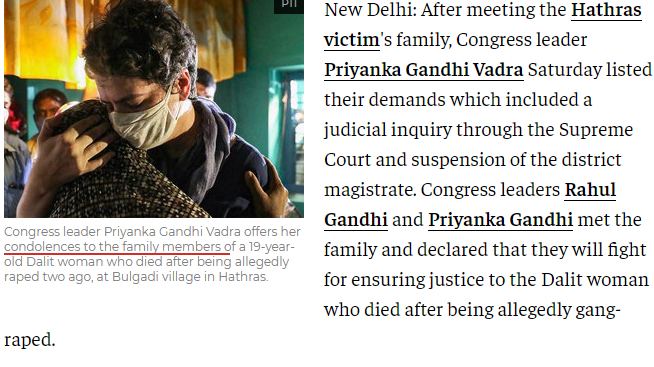 Further, we also found the same picture on The Tribune dated October 3, 2020, with a similar picture caption that she was hugging a family member. 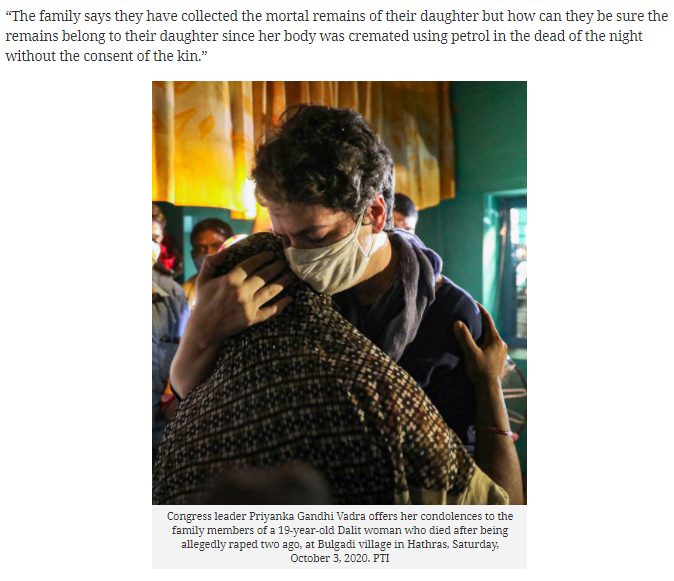 On digging further, we searched on Priyanka Gandhi Vadra’s Facebook Profile and found that she uploaded the same picture on October 3, 2020, claiming that she understands the mother’s pain.

Moreover, we also found Priyanka Gandhi Vadra’s other pictures with the Hathras victim’s mother on her Facebook profile on October 3, 2020.

Hence, with the help of the above information, it is clear that Priyanka Gandhi Vadra is hugging Hathras victim’s mother and not ‘Naxalite Bhabhi‘. Don’t fall for false and misleading claims.