Fact Check: Did US VP-elect Kamala Harris start her term with vedic mantras and puja? Here's the truth

A video, where the recitation of Indian Vedic chants can be heard, is being shared on social media with a claim that Vice President-elect of the United States, Kamala Harris, started her term as the new VP with chanting of shlokas.
“Kamala Harris started her first day in office as Vice-President of the USA with mantras and pooja,” the post claimed. 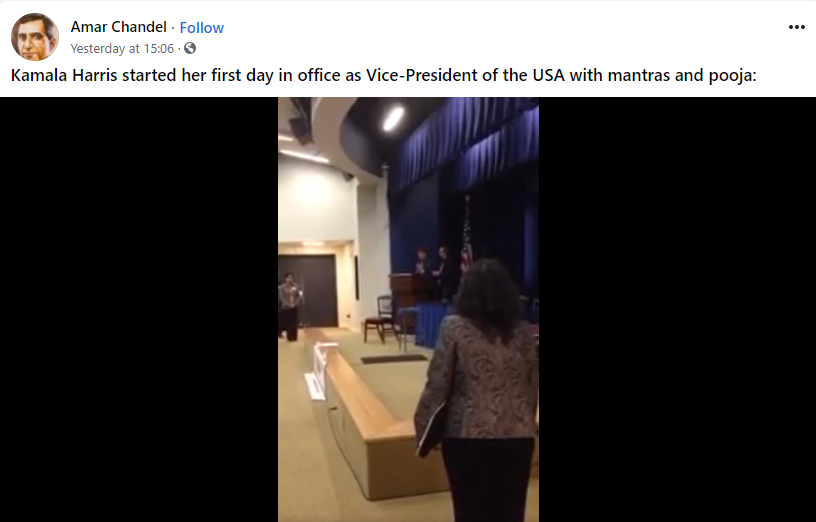 Here’s the link to the above post.
More such posts can be seen here, here, here and here. 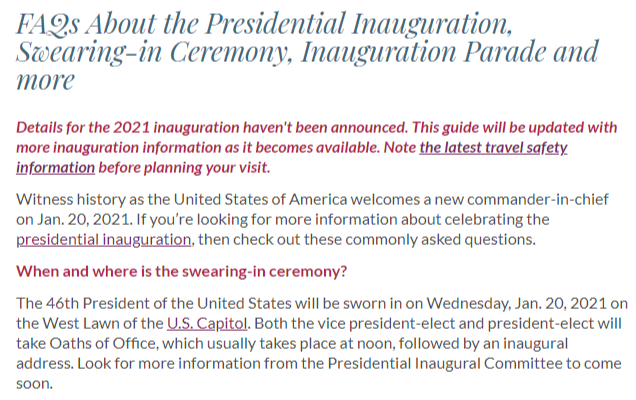 As for the video, on November 23, 2020, NewsMobile debunked the same video which was being shared as the first day of Joe Biden in office.
Here’s what we found:
A simple keyword search led us to a YouTube with similar setting from 2014. ‘Vedic Chanting White House,’ the caption read. 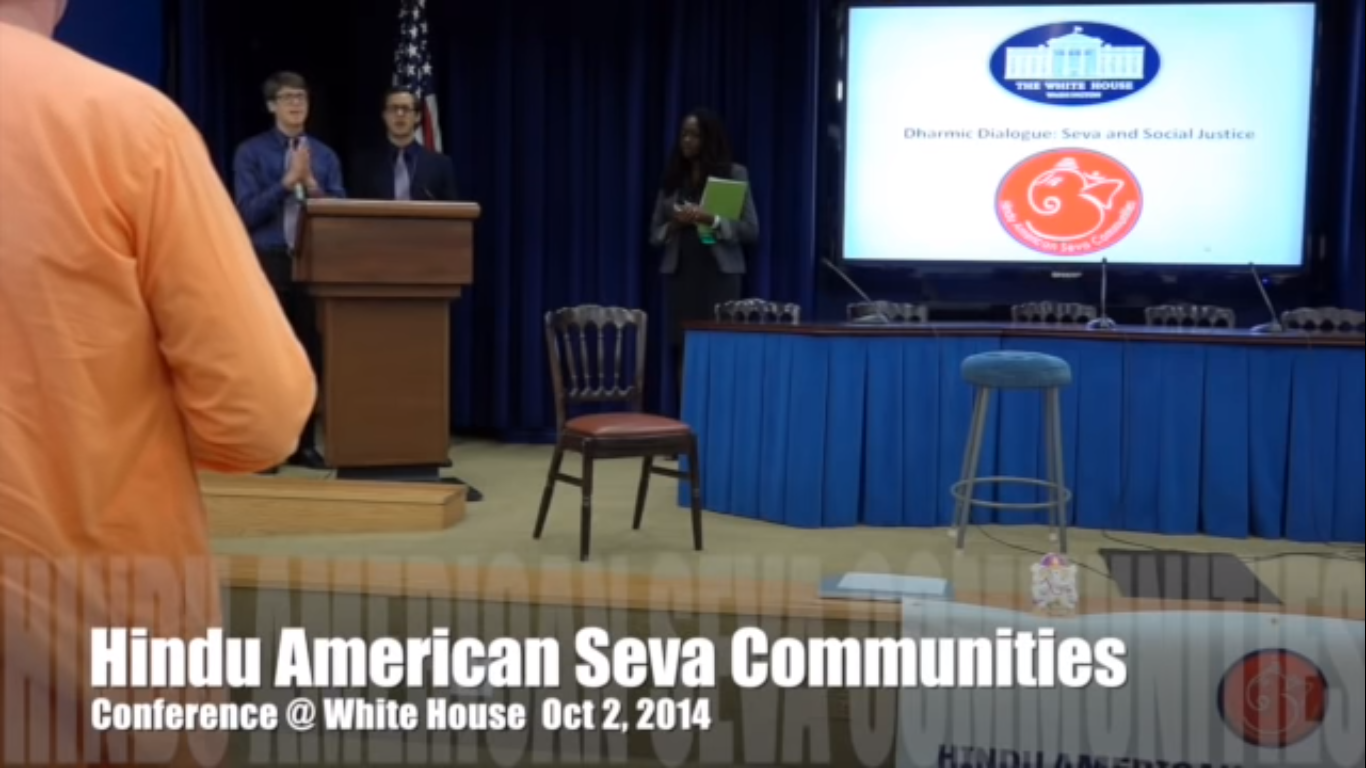 We also compared the YouTube video to the one shared on Facebook to confirm that they are of the same event. In both the videos, the same people can be seen on the podium and the projection screen is also the same. 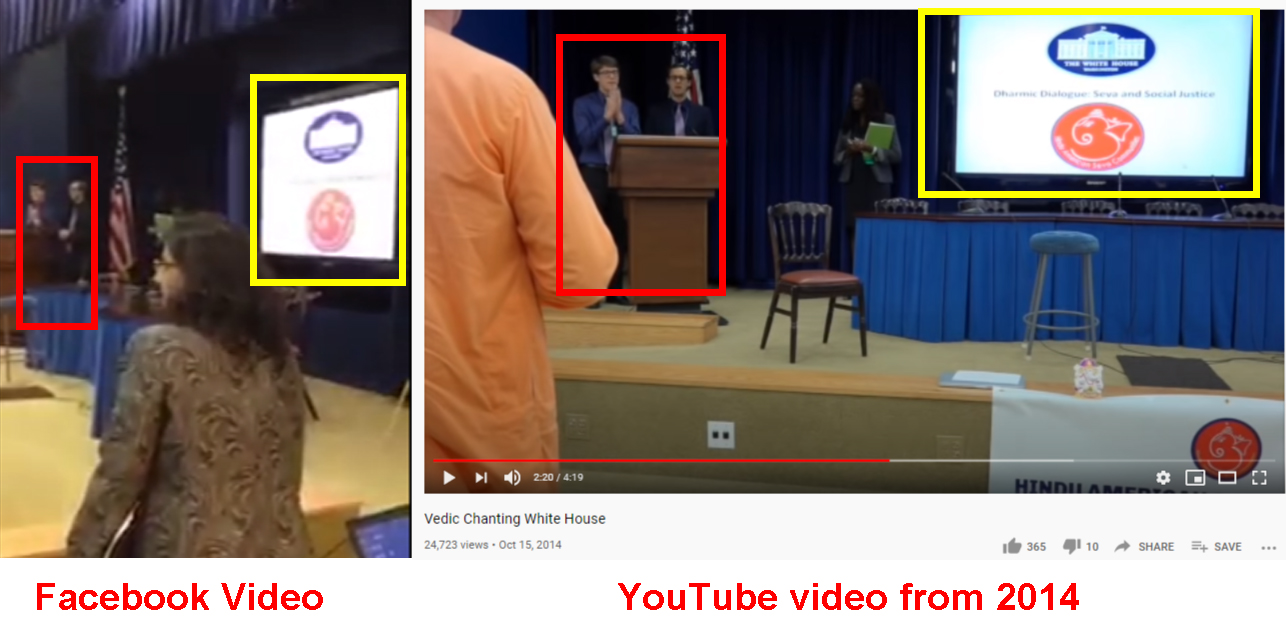 Once, we established that both the videos are of the same event, we ran a keyword search which led us to a Press Release from the same event. 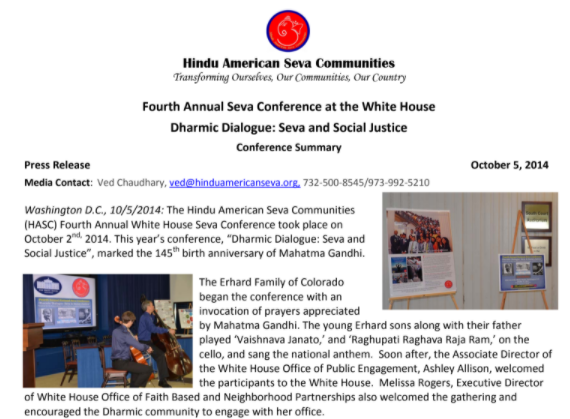 According to the press note, the event that took place on October 2, 2014, marked the 145th birth anniversary of Mahatma Gandhi.
We also reached out to Hindu American Seva Communities via Facebook, who then confirmed to us that the video in circulation is old. “[This event] took place a few years ago,” they told NewsMobile.
Hence, from the above fact check, it is clear that the video in circulation is OLD and the post is false.

Fact Check: Was a Muslim man posing as a Sikh during the ongoing farmers' protest? Here's the truth