Fact Check: 2018 newspaper clipping of a teenager offering eyes to goddess Durga shared as recent one

NewsMobile fact-checked the above post and found it to be old and misleading.
With the keyword search, we found the same picture of the girl lying down, in a news report by Prabhat Khabar dated March 24, 2018, claiming that a teenager offered her eyes to Goddess Durga in Darbhanga, Bihar. 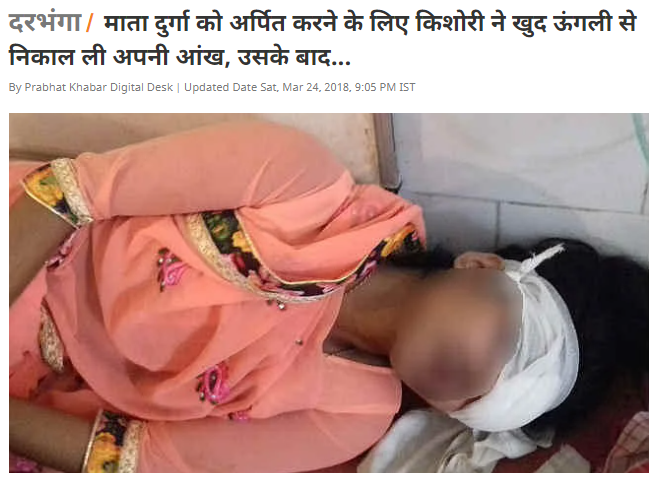 Further, we also found another similar news article on Gulf News dated March 25, 2018, claiming that a girl gouged her eyes out to offer them to the deity. 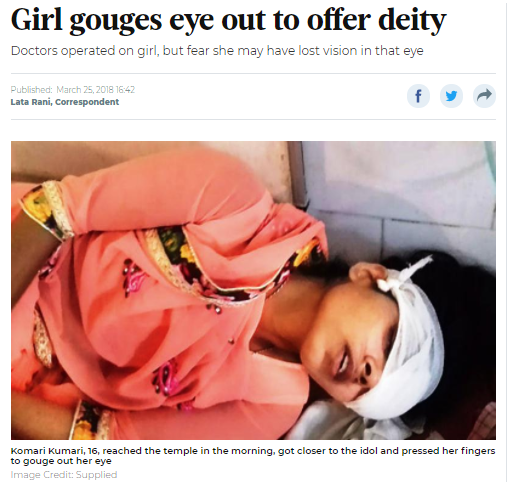 Another article by Bihar Post dated March 26, 2018, featured a similar picture, claiming that a girl gouged her eyes out using her fingers to offer them to a deity in a temple.
Other news articles like The Times of India and News 18 also reported this incident on March 25, 2018.
We also found a video report on YouTube by Jansatta dated March 25, 2018, claiming that Bihar teen gouged out her eye at the temple to ‘offer’ it to Goddess Durga.

Hence, with the help of the above information, it is clear that the incident took place in 2018 and not recently.

Fact Check: Was AAP leader Chetan Singh recently shot at while saving a girl from being raped? Here's the truth