This picture of discovery of idols during excavation is NOT from Ayodhya; here's the truth

A picture is doing the rounds on social media in which idols of Lord Ram, Lakshman and Goddess Sita can be seen being extracted after digging the ground. It is being claimed that the idols were found during an excavation in Ayodhya. 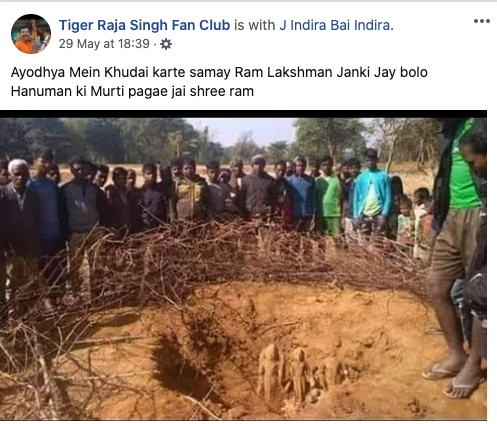 
ALSO READ: Fact Check: Akshay Kumar did not book an entire flight for…

NewsMobile fact-checked the above post and found that the claim attached with the picture is FAKE.
We put the picture through Reverse Image Search, it led us to an article which was posted one-year ago which featured the same picture in question. 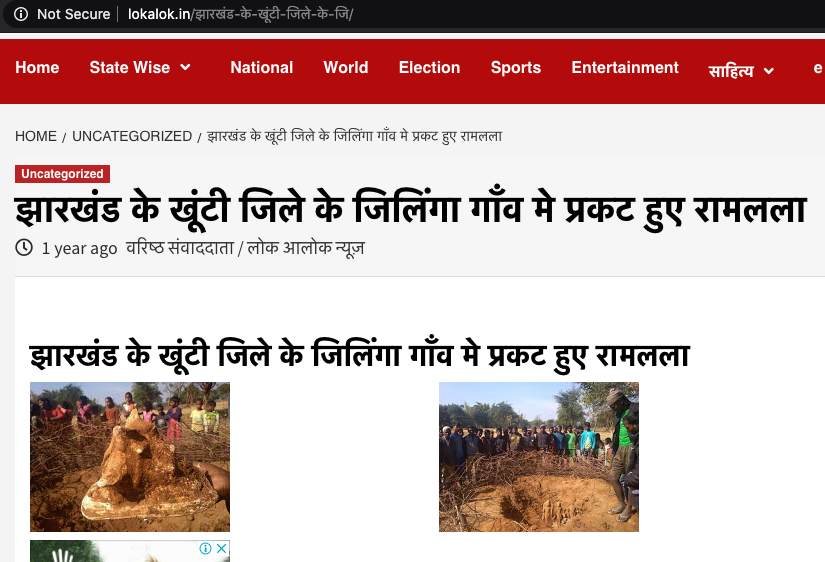 According to the article, the picture in question is from Khunti district in Jharkhand.
However, during the construction of Ram temple in Ayodhya, which started a few days back, certain reports suggested that ancient idols, pillars and Shiv Ling were found near the construction site. However, there were no other facts to substantiate the reports.
In conclusion, putting our discovery together, it can be concluded that the picture of idols in question is NOT from Ayodhya.

Fact Check: Did protesters break into the White House? Here's the truth