Rahul Gandhi did not trip in this picture; here's the truth

A picture is doing the rounds on the social media in which a man can be seen on the ground who is being surrounded by a few men. It is being claimed that the man on the ground is Congress leader Rahul Gandhi. 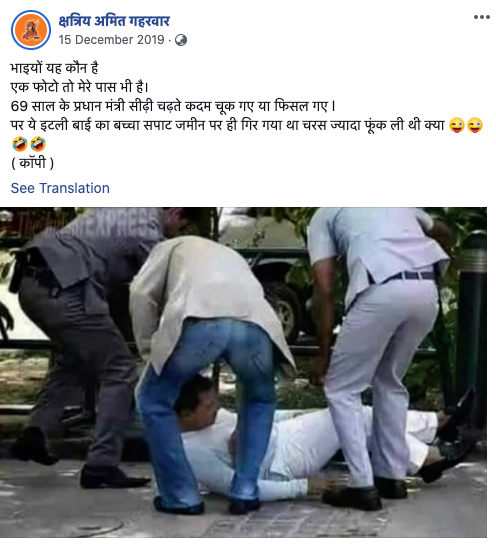 NewsMobile fact-checked the above picture and found that the claim attached to the picture is FAKE.
On investigation, we found that the man lying on the floor is NOT Rahul Gandhi, but he is Gandhi’s brother-in-law, Robert Vadra.
On putting the picture through Reverse Image Search, we came across several news reports dated back in March 2012.
According to the reports, Priyanka Gandhi’s husband, Robert Vadra, fainted at a golf tournament in Gurgaon due to an abdominal problem. 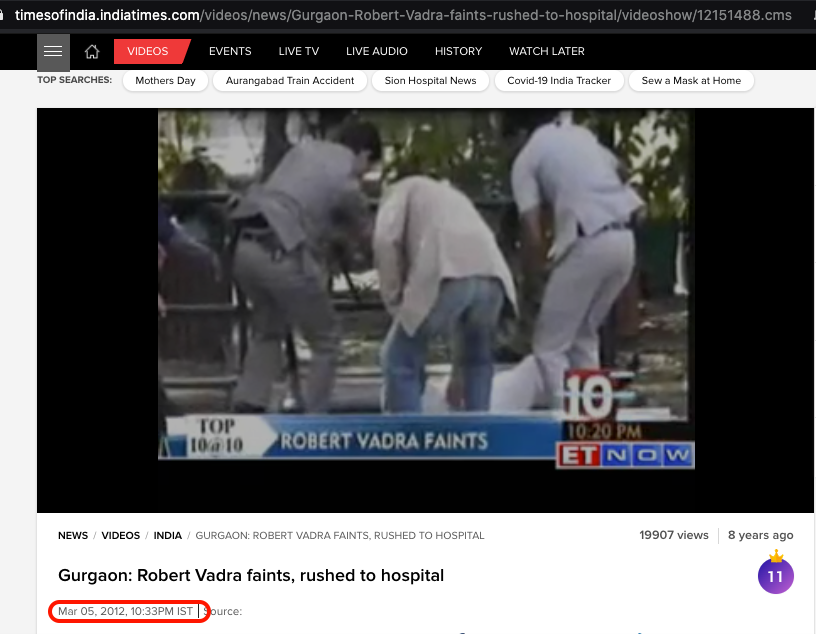 In conclusion, the above information proves that the picture in question does not feature Rahul Gandhi.

Fact Check: Video of migrant workers protest from Hyderabad is being shared as Gujarat